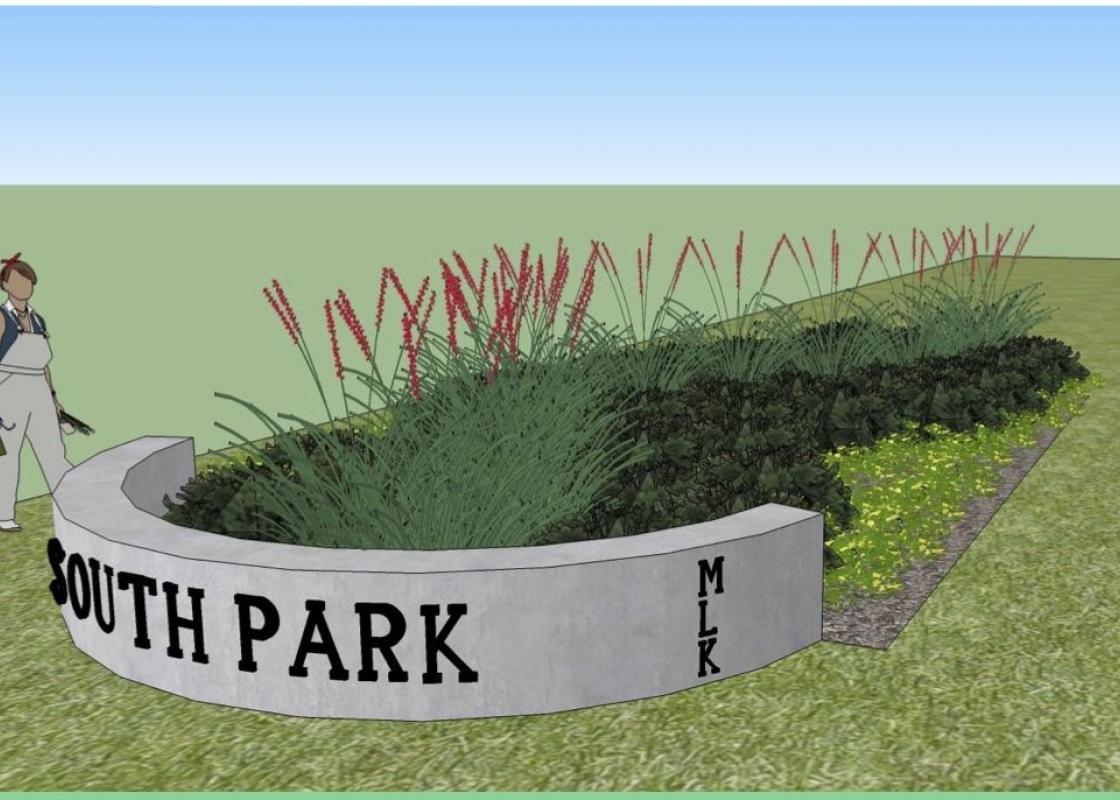 Numerous neighborhood streets around Houston have undergone reconstruction as a part of ReBuild Houston, the City of Houston’s 2010 Charter Amendment which created a dedicated fund for projects that would reduce street flooding, improve mobility, and reduce structural flooding. For City Council Member Dwight Boykins, the recent completion of one of these projects on Martin Luther King Boulevard provided the perfect impetus to envision the beautification of this area of his district. Boykins has stated that Houston’s Martin Luther King Boulevard should be a thriving and beautiful place that befits the vision of its namesake.

The young professionals of the Rice Design Alliance in collaboration with Boykins and the Houston Parks and Recreation Department hosted a three-hour design charrette at the Rice Architecture on June 30, 2018, to provide design ideas for the area of Martin Luther King Boulevard between 610 and Bellfort Street that will be implemented later this summer using funds from the Council District Service Fund.

The mission was a simple one: propose a landscape for the area along Martin Luther King Boulevard, and create a signature entrance at the intersection with 610. The broad scope provided a range of submissions from the five participating teams that ranged from standard greenery to the installation of a radio signal that would continually broadcast King’s speeches.

Each team had three hours to work on their design after which each gave a short pitch to the jury which consisted of Council Member Boykins, representatives from the neighborhood, members of the Parks and Recreation Department, and an associate from CBRE, a real estate firm. Jurors were asked to select the team that best met the design criteria, including budget and feasibility.

The team from Tellepsen Landscaping, which consisted of Michael Hernandez, Robert Strom, Kristi Axel, Eric Engelbrink, and high school student Anisha Lal, provided the winning design. Jurors favored the simplicity of Tellepsen’s design, which featured a poured-in-place concrete sign at the entry median, colorful, low-maintenance plants, painted bollards on the medians, and drought-resistant trees lining the street. Tellepsen also provided an opportunity for community engagement in the beautification process, as local high school students or community members could help paint the bollards. Axel told the history of the site through her personal connections to the neighborhood; Tellepsen’s offices are located nearby and Axel’s grandparents have lived on the same street as Council Member Boykins for over 50 years.

Jurors had some difficulty declaring a winner right away, as they favored the timeless, simple designs from Tellepsen as well as those from teams OJB Landscape Architecture and Bayou a Drink (who ultimately tied for runner-up). OJB in particular was lauded for their preservation efforts.

Council Member Boykins ultimately opted to award all five teams an honorarium for their time and ideas. Jurors praised the creativity of Formation’s proposal, a colorful, bold sign with an FM radio signal that would broadcast King’s speeches on a continuous loop. BRAVE / Architecture proposed a monument to Martin Luther King that would be lit from within (drawing inspiration from public art on the campuses of the University of Houston and Rice).

The charrette remains an excellent way to engage young professionals with actionable design projects and ensure community engagement in the development process; with the funds already procured from the city, the results should bloom soon.