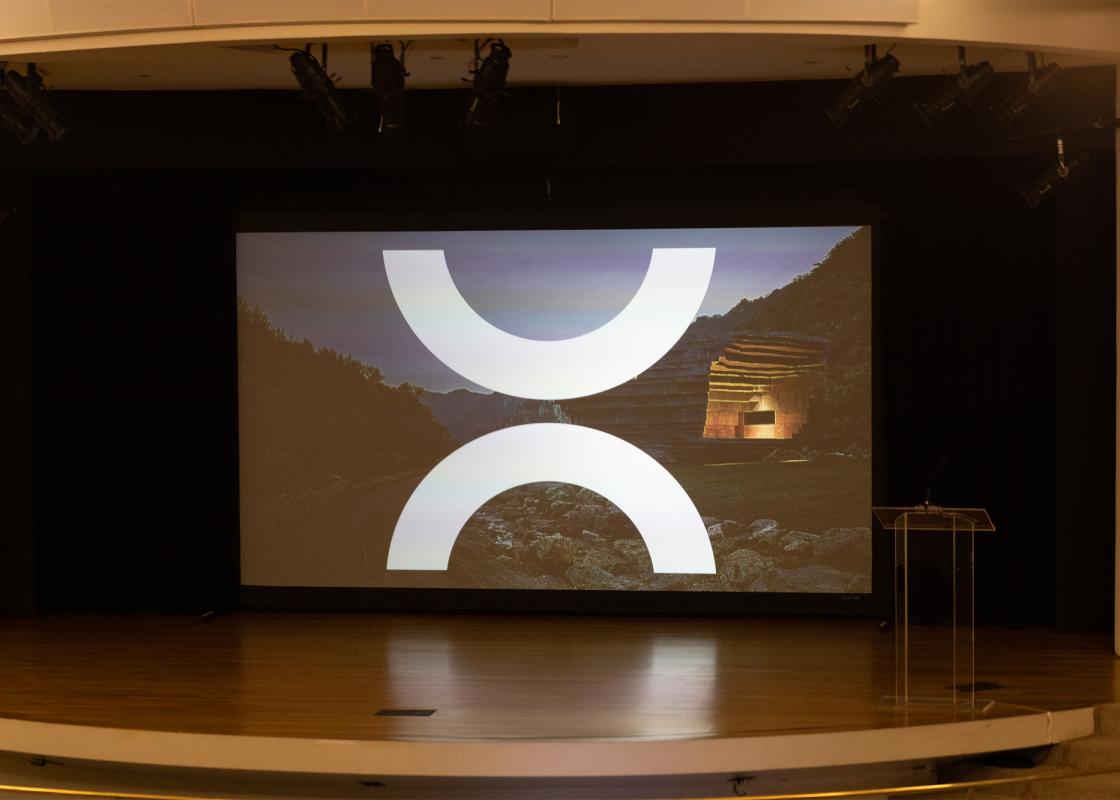 The World Around, a one-day conference highlighting the “now, near, and next in architectural culture,” held its third annual iteration on Saturday, February 5. The event aims to “hold a mirror up to the best of our world” and to “serve as a first draft of architectural history—an archive of contemporary learning and a resource for actionable change,” according to a statement from the organization’s Founder and Executive Director Beatrice Galilee in the event’s program. Attendees, both in person at the Guggenheim’s Peter Lewis Theater and via livestream, had a chance to hear from some of the biggest names in the industry and up-and-coming talents. (Each session is available to stream on the nonprofit’s website.) First held in The Times Center and sponsored by Dezeen, The World Around presented this event in partnership the Guggenheim Museum and Het Nieuwe Instituut.After the conference, I was impressed with extraordinary work presented at the conference’s three sessions—I saw inspiring work that rejects cynicism and complacency and advances progress. But my excitement was matched by an equally compelling sense of frustration born out of a fatigue with The World Around’s format. 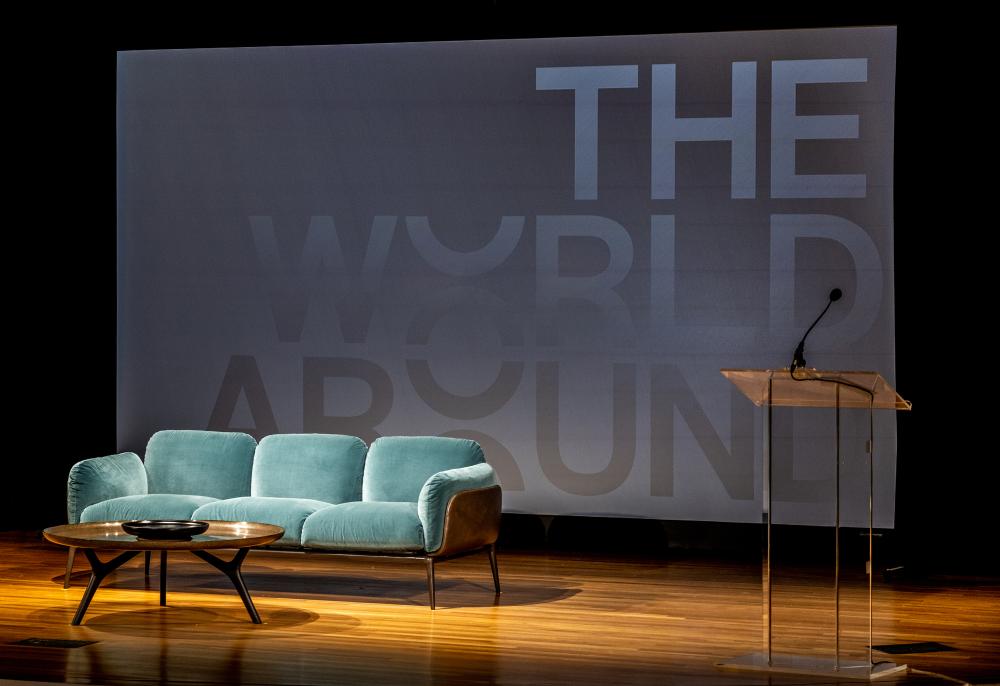 We have collectively moved beyond the capabilities of a TED Talk-formatted conference to save us from ourselves. What we need is a forum for sharing new, localized ideas and championing small victories by and for those who need assistance most urgently. These endeavors—existing on a razor’s edge of unavoidable politicization, but worthwhile nonetheless—would reconnect us with fundamental aspects of being human. The World Around partially attained this goal.

During the event, for every presentation that demonstrated real empathy or showcased a worthwhile cause, the next one would amount to not much more than elevated navel-gazing. These presentations typify a lamentable form of intellectual vacancy particular to the 21st century. Crusaded by artist/designer-turned-activist types who seek to drape themselves in glory and are shielded from criticism with unassailable identity politics and post-everything jargon, this nihilism results in the attendee needing to do nothing more than go home feeling content that they “learned” something. They may now throw another intellectual coin into the attention economy’s coffers, content that they “did the work” of consuming said content. We are beyond that now, too.

There is much to glean about the state of the world from the good work presented at The World Around, which offered real solutions to real problems or underscored the generative power of design. I want to focus on some of these important glimmers of optimism, as they tell the truth. 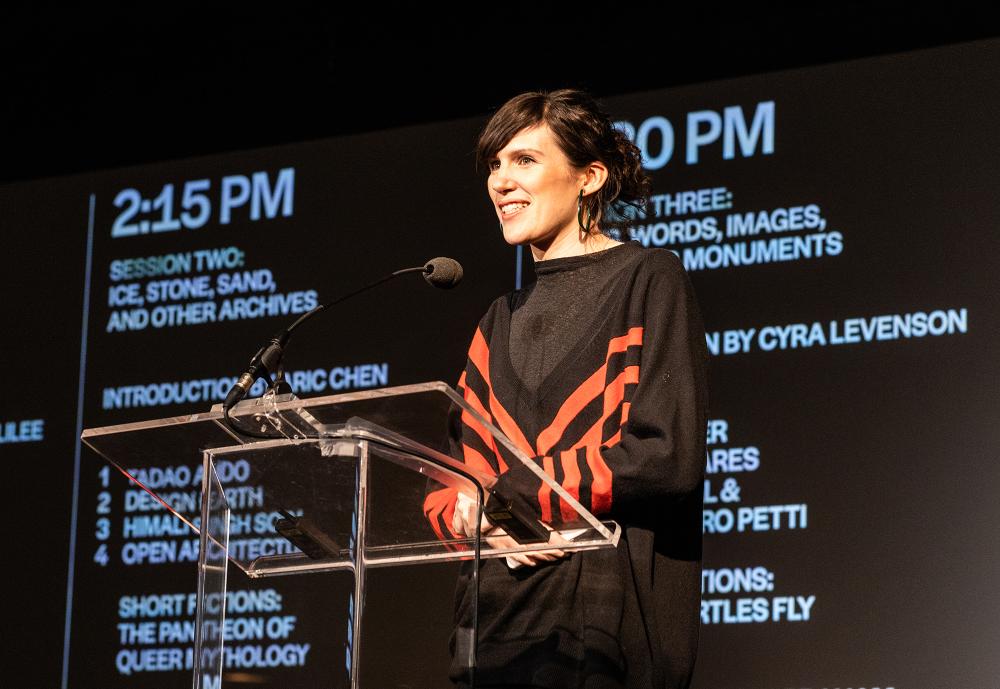 Two examples of actionable change came in the first session. Called to action by the staggering number of vacant buildings and homelessness caused by 2008’s housing market crash, UK-based architect Chris Hildrey devised a scheme to help those in need of a leg up. Proxy Address, in collaboration with local governments, assigns a physical address to a homeless individual, free of charge. This address could be an abandoned property, unoccupied new construction, or even a donated address (the homeowner at that address does not receive mail for the Proxy Address individual, nor is that person’s credit score threatened). It's good for six months but can be extended. With a physical address, an individual can regain or retain a job, a bank account, housing, or a general practitioner—fundamentals of having an independent, safe, dignified life.

Founded in 2017, the Senegalese collective/streetwear clothing company Top Manta is an outgrowth of the Popular Union of Barcelona Street Vendors. The group originally formed two years earlier to advocate for protection of street vendors against police brutality and protest Spain’s restrictive immigration laws. The collective teaches recent immigrants English, Catalan, and sewing skills, and will even help with living costs that vendors may not be able to afford. The company recently launched Ande Dem, its first sneaker campaign. Using the tagline “It’s not about just doing it. It’s about doing it right,” the ethically made shoe presents an alternative to the major sneaker brands that exploit labor in the Global South.

Finally, an example of architecture that showcased the conference’s “best of our world” intention to collect novel approaches to making buildings. 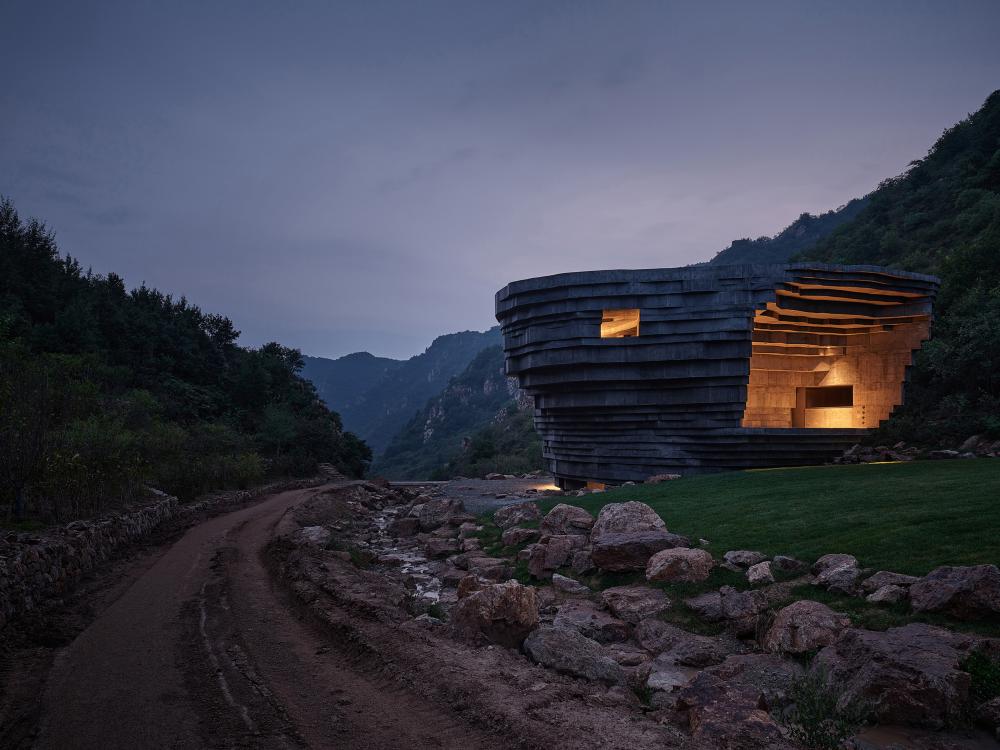 The Chapel of Sound, designed by the Chinese office Open Architecture, is located within a mountainous valley that contains a dilapidated section of the Great Wall. (Open Architecture Founding Partner Li Hu received his M.Arch. at Rice Architecture in 1998.) The project reaffirms the innate connection between man and nature through the experience of sound. Evoking the shape of a human ear and rendered in monolithic concrete, the concert hall has a punctured rooftop, which allows natural elements to enter. The sounds of rain, birds, bugs, and wind mix with human-made instrumentation or silence. Chapel of Sound is an excellent example of a contemporary format for spiritual architecture: a place designed to unplug from the imagery that dominates our capitalistic global culture. Additionally, the building regenerates a community that the region lost; rather than a space of commerce, the building provides a place for well-being.

Leaving the conference, I recalled Brad Cloepfil’s 2019 essay written in celebration of the Guggenheim’s 60th anniversary. Cloepfil compared the debut of Frank Lloyd Wright’s once highly contested work to our current cultural condition; time’s cyclical nature resembles the museum’s spiraled atrium. “We find ourselves today in a context of the vacuously overt, bombastic buildings whose voices clamor to be heard above a self-created din,” Cloepfil wrote. “Rather than reveal and investigate, much of today’s work depicts and characterizes. Rather than celebrate and elevate, it sensationalizes and debases. We are again in a time of cultural conformity. […] As in 1959, we await a counterproposal, this time to the raucous norms of narcissism.”

Cloepfil’s dissatisfaction is with the aesthetics of the contemporary built environment; my frustration with The World Around stemmed from the varying attitudes of its presenters. While all are credentialed and lauded, only a handful stood out as being genuinely bothered by our predicament and are using their skills to fix what they can. The others will continue to be successful so long as they keep their thumb on the pulse of what’s ideologically and artistically popular.

The World Around isn’t billed as an “altruism first, architecture second” conference, but given the state of everything, criticism about a conference that attempted to lean into “design can change the future” messaging with mixed results is inevitable. Had The World Around been satisfied to exist as a purely formal assessment of the current state of architecture–if it had been less ambitious, in other words–these issues would be ignorable.

It's no longer enough to remark about–or, worse, profit from–the ugliness of our world, or to advance projects that change its aesthetics without structural renovation. A new aesthetic of hope in our built environment is sorely needed. ProxyAddress, Top Manta, and the Chapel of Sound each offered this in their own ways. The world is changing quickly, so there will be so much to cover in the fourth edition of The World Around next year. I look forward to that program’s optimistic offerings.

Anna Gibertini is a New York City-based writer and editor.