This article is part of a special series on Sharing, the theme of the Rice Design Alliance Fall 2018 Lecture Series organized in collaboration with PLAT Journal. Jack Self is an architect and writer based in London. He is Director of the REAL foundation and Editor-in-Chief of the Real Review. Francis Aguillard is a graduate student at Rice Architecture and co-Editor-in-Chief of PLAT 7.0. Self speaks Monday October 22, 7 pm, at the MATCH.

I first became familiar with Self’s work when a friend returned from the 2016 Venice Architecture Biennale with postcards from the British Pavilion in tow. Self co-curated this exhibit with Shumi Bose and Finn Williams, who were selected from an open call, becoming the youngest-ever curators of the pavilion. The postcards were not only beautiful, but also seemed to be directly addressing me. They read, “Nothing exists outside the sphere of capitalism;” “Financial crisis is the new normal;” “Closing the front door has become a symbolic act;” and “In all statistical probability you will never own a home.”

While Self was focused on UK data, the picture in the US is similarly foreboding. According to the Urban Land Institute, US Millennials face similar challenges when it comes to home ownership. To-date, they own homes at a rate roughly 8 percent less than that of GenX and Boomers at a similar period in their lives. This gap disproportionately affects minority ethnicities and those with less education. The same report explains that, "Millennials face greater external barriers to homeownership than prior generations. Substantial education debt and the rise in rental costs have made it more difficult for Millennials to save for a down payment. Tight credit constraints have increased the difficulty for obtaining mortgage credit. Additionally, the reduction of affordable housing supply has increased challenges."

The postcards from the British Pavilion put front and center what I felt intuitively in an unavoidable and productively provocative way. Of course, neither Self nor I are arguing for home ownership — sometimes the opposite in fact. Rather, what work like his asks us to consider anew is how finance, economy, and politics, to the extent the later two can be separated, fundamentally influence not only one’s experience of the built environment, but the built environment itself. Self, like few others, seamlessly merges a macro-economic analysis of the constructed world with tangible design proposals for our time, deftly shifting between theory, production, and practice.

Rooted in a historical-material understanding, Self dissects “what it means to live today” with the obsessive precision of an architect. His work transcends the building and encompasses novel contract arrangements, an innovative business model for his firm, REAL Foundation, and a spectacular periodical, Real Review. In this journalistic capacity, Self and his comrades analyze contemporary material culture in much needed ways: revealing latent ideological tendencies embedded in user interface designs, paying close attention to the material reality of those working in the so-called gig-economy, and dexterously drawing parallels between various aesthetic currents in architecture, fashion, product design, photography, and more. As he told me in our interview for PLAT 7.0, “I want to be really clear that I know what an architect is and what I'm doing is not, for the most part, architecture. It is nonetheless what I would consider to be the application of architectural thinking to non-architectural disciplines.” 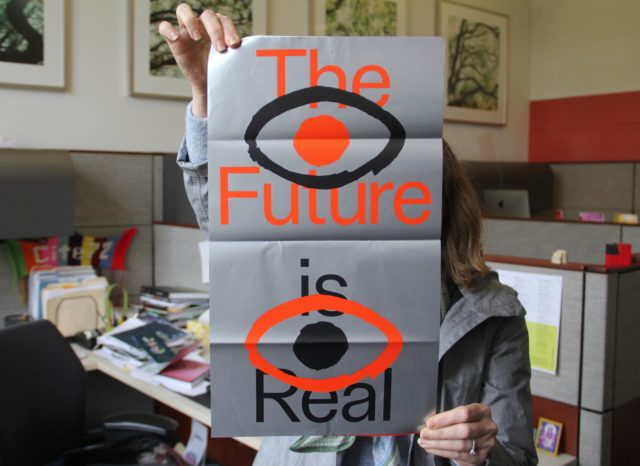 And I want to be clear that I think Self isn’t giving himself enough credit with that quote. He does a lot of architecture in the most traditional sense, while continually challenging the limits of architecture in ways attuned to the discipline.

Lately, I’ve sensed a general malaise among those with whom I hang out, here in Houston and beyond. No doubt every generation has felt this, and we are all prone to some occasional seasonal affective disorder, or, more likely in Houston, depression brought on by 90-degree weather in mid-October. It’s much noted that we are subjected to an endless supply of apocalyptic narratives in film, television, and literature today, and recently it seemed that the apocalypse jumped from the realm of fiction to reality with the release of the UN Intergovernmental Panel on Climate Change’s report, which warned us that we only have until 2030 to cut C02 emissions by 45 percent to avoid irreversible catastrophe. I’ve heard many of my friends remarking how they are beginning to plan their entire lives around this knowledge, including thinking thrice about having kids. This fills me with a slow-burning melancholia. Yet in all this, I found hope in the pages of the most recent issue of Self’s Real Review publication in the simple center-fold printed words: “The Future is Real.” Not cancelled, not over, but worth fighting for. This is the optimism Self brings.

How the Sharing Economy Could Transform Houston by Raj Mankad

Kashmere and Trinity Gardens One Year After Harvey: A Follow-Up Report by Lara Purser