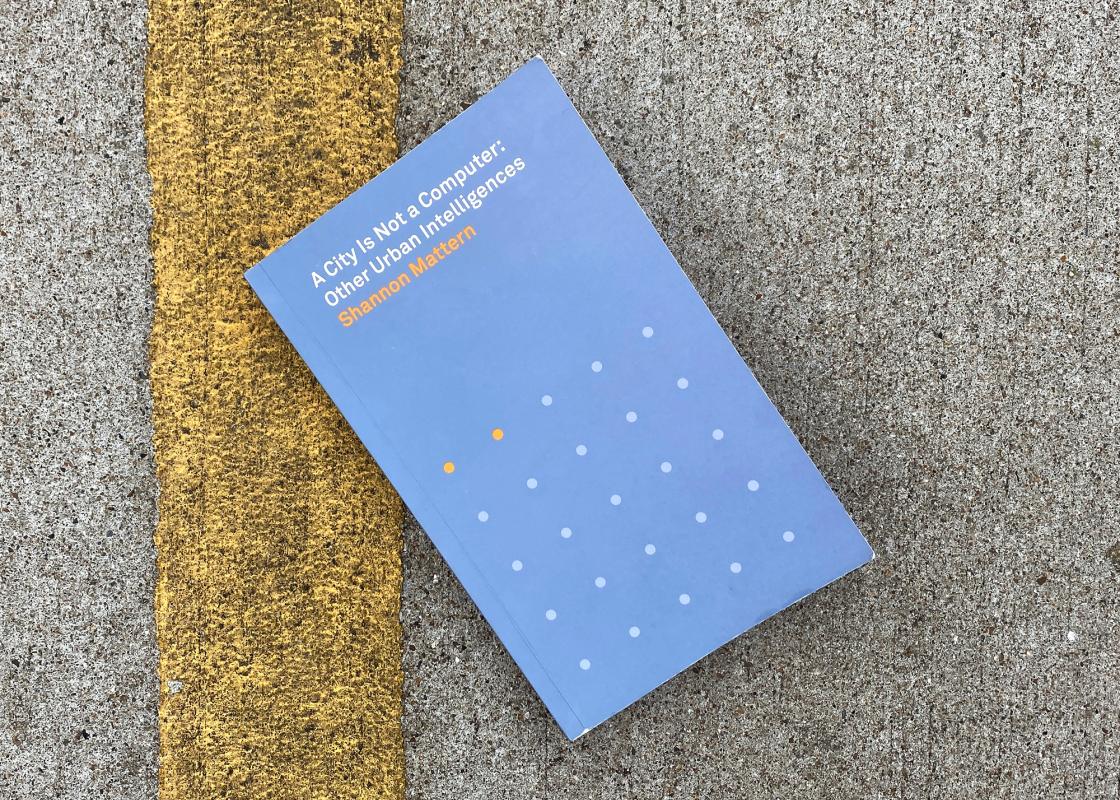 Cities should log off a little, Shannon Mattern seems to think. Her A City Is Not a Computer, published last year by Princeton University Press with Places Journal as the second in their Places Books series, tries to pull us back from the blinding blue light of the newest technological solutions and “the fetishization of data.”

Surveying efforts in New York City, Toronto, San Francisco, and elsewhere, Mattern, Professor of Anthropology at the New School, nudges us to scrutinize our enthusiasm about so-called smart cities. As Houston goes all in, too—installing digital wayfinding kiosks on sidewalks that are not always physically traversable, if they are there at all, and trying on a new identity as the Silicon Bayou—it’s worth asking whether we’re as smart as we think we are. Does the data really speak for itself?

Let’s consider affordable housing. In 2017, the first mixed-income project in what’s considered a “high-opportunity area” was planned to be built in Uptown, around the Galleria, inside the so-called Houston Arrow. Uptown is about 67 percent white and has a median household income near $110,000 a year. The Fountain View project, though, which would have reserved only twenty-three units for families making much less than that, concerned residents who swore they weren’t NIMBYs and was opposed by members of city council, the state legislature, and Congress before being killed by Mayor Sylvester Turner. Soon, the Department of Housing and Urban Development found the City of Houston in violation of the Civil Rights Act for perpetuating segregation.

More than five years later, the need for affordable housing continues to outstrip supply, researchers with the Kinder Institute for Urban Research concluded. Houston, a region of nearly 7 million people, where almost 65,000 people have been evicted since the start of the pandemic, has only about 55,000 actively assisted (i.e. subsidized) housing units. It has some 300,000 affordable units that are “naturally occurring,” which the market has decided are too old, too substandard, or too far from necessities like parks, schools, or grocery stores to command higher rents. All told, a majority of households are now considered “cost-burdened,” which means they pay more than 30 percent of their monthly income on rent. It would seem, then, that Houston needs to build more high-quality affordable housing, and not only in high-opportunity areas.

Last fall, City staff recommended to Mayor Turner four new projects that would have added 362 more units for $16.2 million. (The projects would have used federal recovery funds from Hurricane Harvey.) But the mayor bypassed them all in favor of a single project for seniors only, not families, in suburban Clear Lake that would have cost $15 million and provided eighty-eight units. When Tom McCasland, then Director of Housing and Community Development at the City of Houston, suggested that this didn’t add up, Mayor Turner fired him.

Then the Houston Chronicle reported that the project Mayor Turner picked, the Huntington at Bay Area, would have earned two of his former law partners $400,000. They had formed a company at the end of 2020 to join others advancing the only proposal among seventeen counting on money the city stressed it did not have. The Huntington at Bay Area would have commanded the highest developers’ fee—$4.2 million.

This compatibility issue—between the data we have in front of us and the decisions we make from it, between judgment and justice—is at the center of Mattern’s book. Had Mayor Turner been given access to a digital dashboard with these numbers, this context, overlaid with transit and redlining maps, pollution sources, or even maybe statements he himself has made about housing at press conferences in the past, would he have come to another conclusion? Or did something else persuade him?

“Cities are messy,” Mattern writes, “and we can’t know them” without confronting what we don’t know—and why we don’t know it, where we haven’t measured, who we have excluded, or what we might even mean. Efficiency, which is about sameness, seems incompatible with equity, which is not. Future-or-bust thinking, Mattern writes, produces something like Hudson Yards, the $25 billion development championed by former New York City Mayor Mike Bloomberg. There, technology companies have moved into new headquarters to assess algorithms on a synthetic terrain embedded with garbage tubes and experimental soil—though $1.2 billion of the funding came through the EB-5 visa program meant to direct investment to distressed urban areas. The most expensive neighborhood in the city now is punctuated with Thomas Heatherwick’s $150 million sculpture, The Vessel, a kind of coiled circuit promising endlessly new points of view. But the thing has also drawn people who’ve wanted to kill themselves. There have been four deaths so far—and calls for it to be demolished.

Back in Houston, primary races this spring have elevated crime as the problem. It’s true that Houston’s homicide rate and the number of homicides nationwide have increased during the pandemic—but “crime is a byproduct,” stresses Dr. Howard Henderson, Director of the Center for Research at Texas Southern University. Does this mean all 665 square miles of Houston are more dangerous? Or some neighborhoods, and not others? If so, how much more dangerous? Do we know? Can we? But because of this overall increase, an anxious interplay exists between the headlines about a homicide here or a homicide there and fear, which can find expression in panicky posts to social media and calls to representatives. As one city council member said, “We have to do something.”

ShotSpotter is certainly something. A technology that claims to detect the sound and locate the source of a gunshot and relay this information to police departments, it has been used in other major cities trying to promote public safety and end gun violence. Except it hasn’t really done that, as the Houston Chronicle reported: “The MacArthur Justice Center found the system in Chicago created ‘thousands of dead-end police deployments that find no evidence of actual gunfire.’” Further, “a study from Southern Illinois University Edwardsville found the system in St. Louis did not ‘significantly reduce violent crime levels’ and ‘may be of little benefit.’ Less than one percent of ShotSpotter calls over five years produced enough evidence to write a report.” As city council debated whether to extend a five-year, $3.5 million contract with ShotSpotter, At-Large Council Member Letitia Plummer spoke up: “The data does not support that it actually works.”

Mattern suggests that cities seem intent to rush to fund fantasies and prioritize promises because we believe innovations can only come from the future. The data we have convinces us we have the answers, but it does not confirm that we asked good questions. What if the real innovation is allocating the necessary resources to do the harder things we haven’t done all that well? What if there is no app for it?

She wonders whether it’s possible to move forward deliberately pairing the hope of new technology with the humility of our present limitations, which she explored in a 2018 essay about maintenance and care. Moving fast and breaking things is fine for a small start-up, but big, broken cities ought to slow down. “Rather than building anew, what we really need to study is how the world gets put back together,” Mattern urges, “maybe not as it was, but, instead, how we want it to be.”

Allyn West is a writer, editor, and teacher based in Houston. You can find them on Twitter @allynwest.