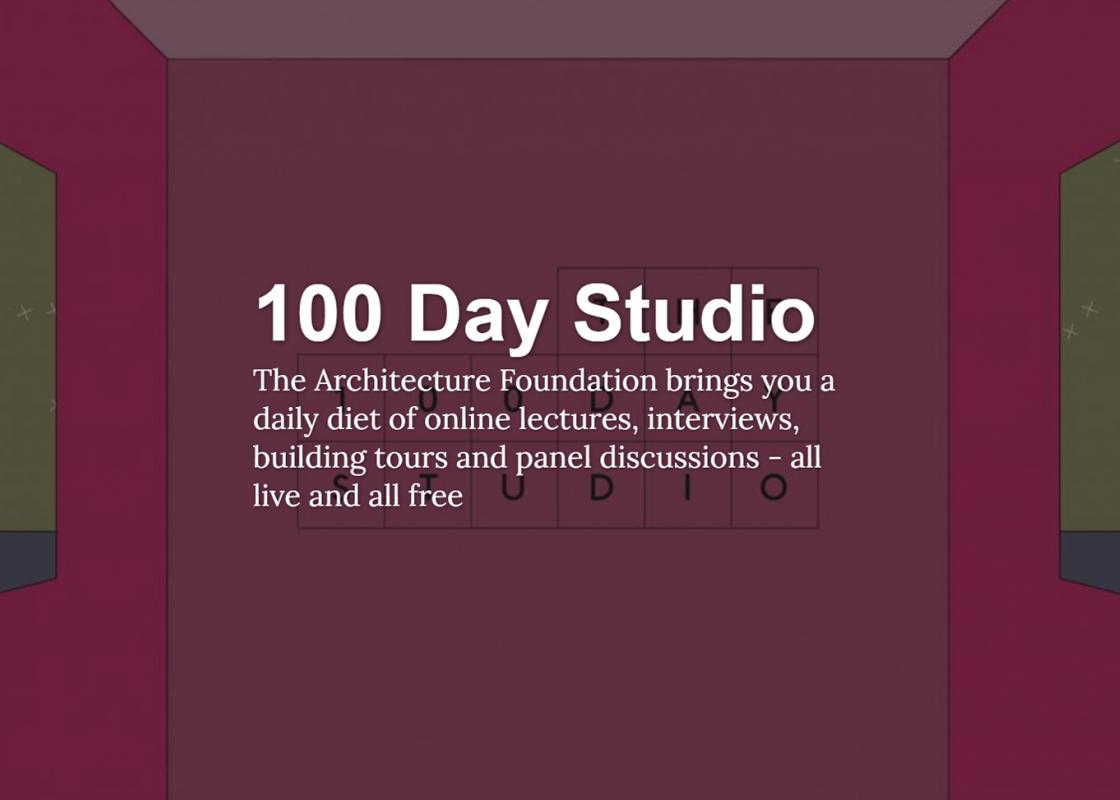 The Show Must Go On: The Architecture Foundation’s 100 Day Studio

In Boccaccio’s 14th century novel The Decameron, a group of Florentines escapes the Black Death in a secluded villa. This narrative becomes a frame through which the author presents 100 separate stories staged as tales shared between the escapees. In a clear parallel with the state of the world today, The Decameron serves as the influence for the Architecture Foundation’s 100 Day Studio, a series of daily virtual content produced by a variety of practitioners and writers, performed live, and available free to the public. Led by Ellis Woodman, the director of the Foundation, the series is intended as “a daily diet of online lectures, interviews, building tours, and panel discussions.” As the world continues to grapple with the pandemic and its effects (certainly here in America and in Texas, in particular), this series argues that architecture discourse can—and importantly, should—continue to happen. 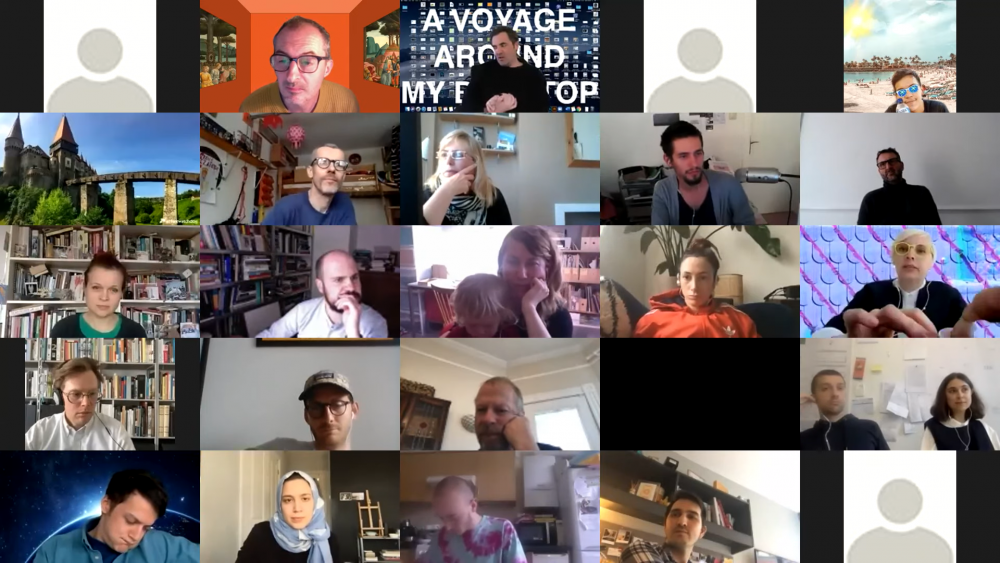 A strange contradiction of pretention and modesty comes through in these presentations. The talks are often unabashedly academic, since most speakers come from academia; some are big-name mainstays of architecture’s intellectual landscape. Yet there’s also a humbleness to the series that prevents it from reaching the heights of inaccessibility. There are no specified topics; anyone can submit proposals for content and speakers they would like to see. Each week’s schedule is only published on the preceding Friday. A Spotify playlist of songs selected by presenters and played prior and after their talks is publicly available and maintained. We see the presenters in their home environments and fumbling around with microphone muting or screen sharing. This casual approach is embedded in the series, and the speakers do little to disguise it; instead, they embrace the interactivity that comes with the format. Tongue-in-cheek humor and earnest attempts at discourse arrive hand-in-hand.

My Favorite House is (Filipe Magalhaes).png 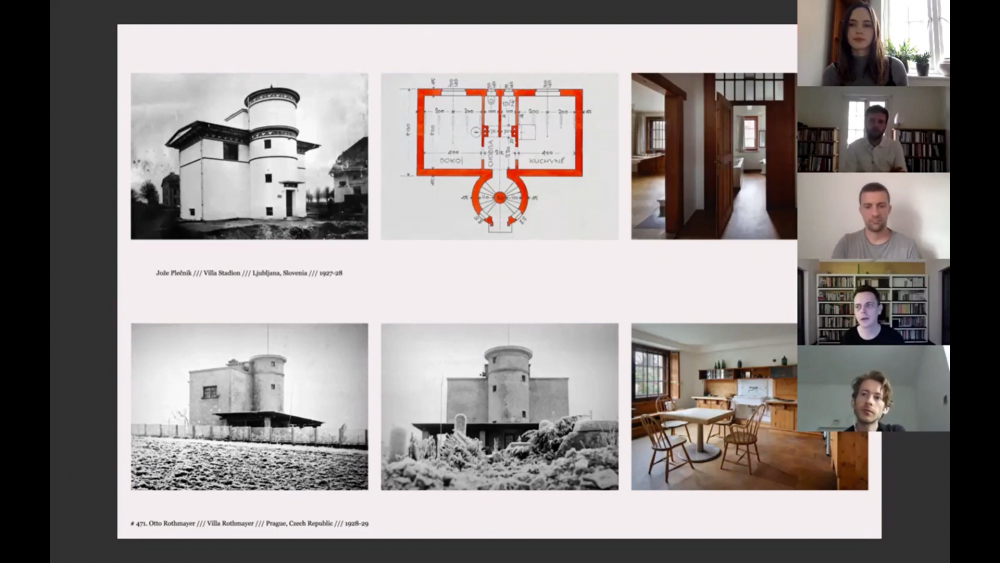 Some days feature talks whose subjects seem trivial or exceedingly personal. The first presentation by Sam Jacob was a virtual tour of the screenshots on his desktop. This set this tone quite well; Jacob eagerly answered questions ranging from his architectural philosophy to how he organizes his computer files. Day 45’s talk by Filipe Magalhães of Fala Atelier (who visited Houston this Spring as the RDA’s 2020 Spotlight Award winner), Jeff Kaplon of Part Office, and Daniel Munteanu was a self-described “redundant discussion” in which each architect presented their favorite houses. Other days are more topical or specific. For example, day 32 (the day the Venice Biennale was set to open) featured several curators of past pavilions discussing the nature of architectural exhibitions. Occasionally the format changes altogether; day 40 featured a live tour of Peter Salter’s Walmer Yard by its keeper Laura Mark, while day 60 had writer Paul Shepheard literally questioning what he was doing in his career, pausing his stream-of-consciousness monologue to read excerpts of his writing and to answer a ringing doorbell halfway through. 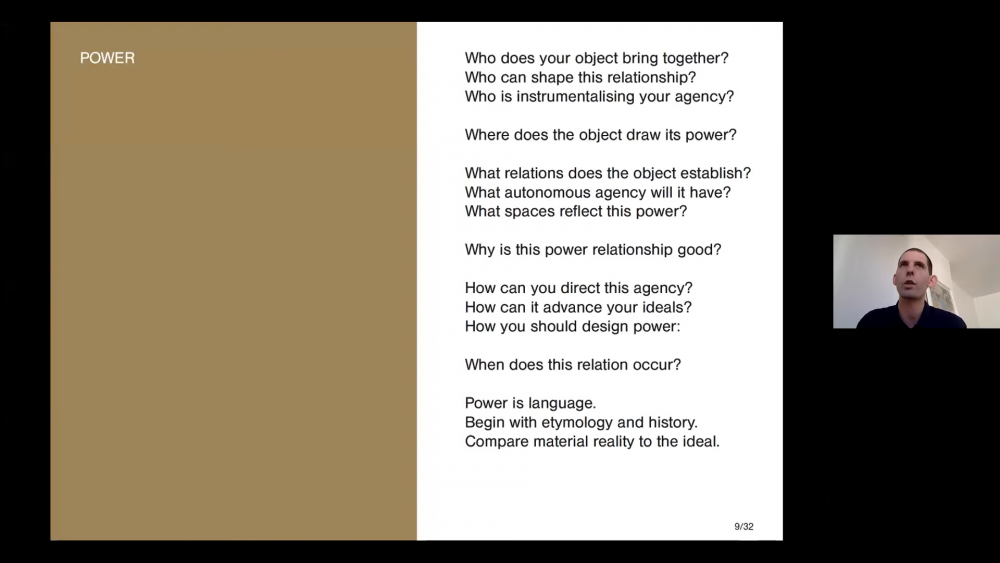 Day 66: "Towards Another Architecture," Jack Self.

Attending one of these talks live can feel unusually intimate. The vibe is similar to that of a small-size lecture, but with the context of seeing the speaker’s domestic backgrounds, perhaps a conversation around a dinner table or an old-school salon are more apt analogies. The casualness of the series carries through to the audience; aside from the presenter(s) and Woodman, few people choose to have their cameras on, instead becoming part of a sea of names watching a shared screen. Many jump in and out of the call at their own leisure. Attendance varies based on the presenter and topic, as one would expect. A typical number of viewers seems to be around forty people, but someone like Jack Self (who came to Houston two years ago as part of the RDA/PLAT “Sharing” lecture series) brought around eighty-five people for his presentation. To the Foundation’s credit, there is a deliberate effort by Woodman to ensure that audience members have the opportunity to ask questions and engage with the speakers. At times, the experience can seem out of sync with reality—a safe space where conversations can happen unfettered by the distant crises of the pandemic and its intersected inequalities. 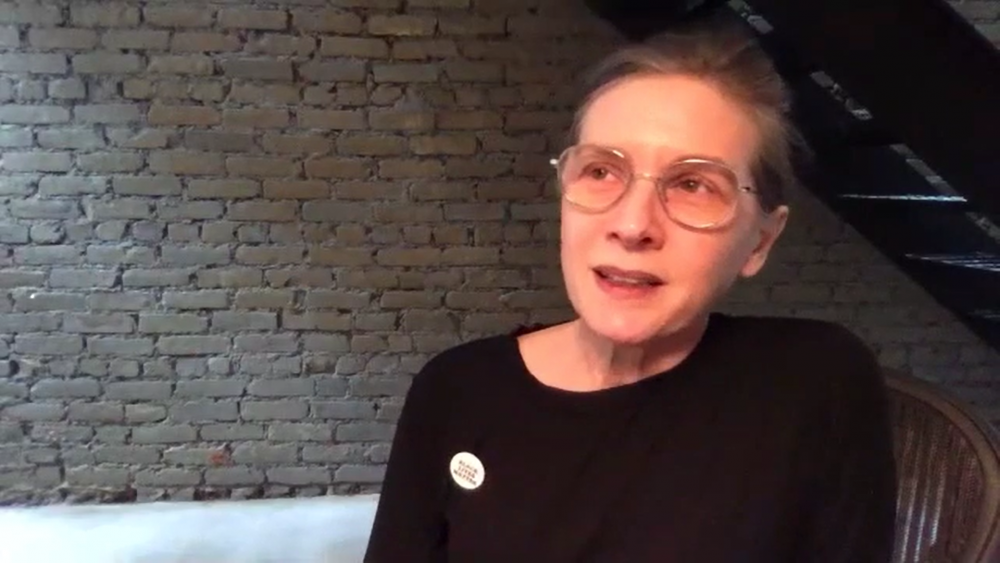 That is not to say that the presentations don’t address pressing, vital topics. Day 34 introduced a new series, “Business as Usual,” led by the Architectural Foundation’s young trustees in conversation with a rotating group of speakers discussing the intersection of architecture and activism. Each day, the Foundation concludes with “Bedtime Stories,” short readings that in some way address current social issues. Notable examples include Torange Khonsari reading from David Bollier’s Think Like a Commoner, or Joe Morris reading from Orwell’s Animal Farm. Even when not programmed explicitly, the urgency of today’s social issues regularly appears in conversations. A clear example is with day 38’s exchange between Alessandra Cianchetta, Keller Easterling, Salomon Frausto, and Rafi Segal, in which a discussion about public spaces and belonging is enlarged by the participants to directly comment on minority communities and the racialization of space. 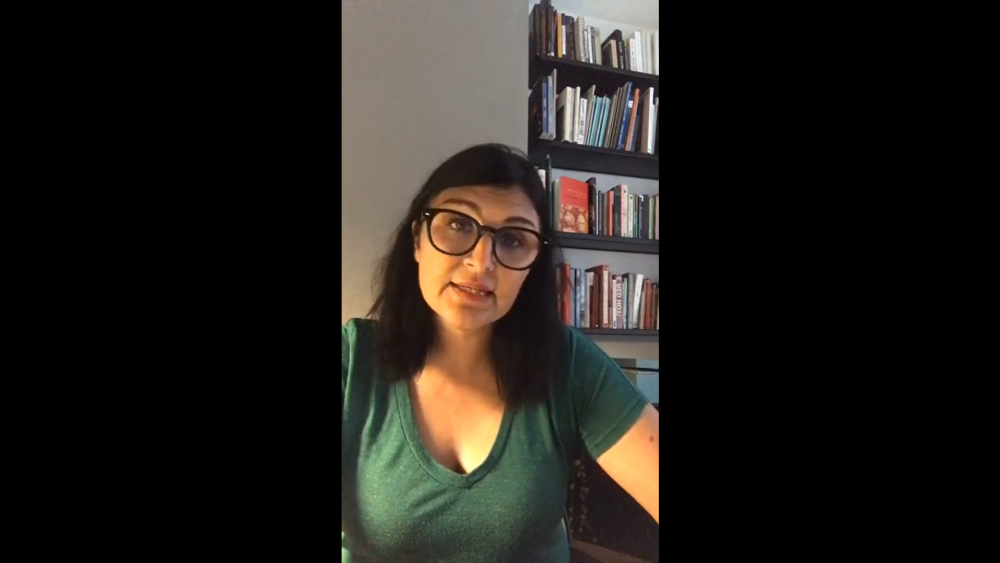 It can be tempting to label the project as elite, tone-deaf, even a bit cringe-worthy, especially on days where the anything-goes ethos of the series becomes readily apparent. In these episodes the mundanity of the presentation topic is almost offensive, as it assumes architecture to be a profession that has sat idle during these months, eagerly desiring a return of social lives that have been halted due to the pandemic. Surely, many may think, there are more important things to discuss? But this response ignores how varied the series has been. There are multiple speakers per day, and together their presentations gather and touch on a huge number of subjects, projects, and voices. If Boccaccio’s short stories have been appraised as a document of life at the time of their writing, the scope of this series certainly aims to similarly reflect the state of architecture today. The willing and enthusiastic responses to the series show how hungry people have been for this sort of discourse. For many, these talks are a welcome reprieve from the mental fatigue of the current health crisis. For others, the series has provided a platform for important issues to be discussed through an architectural lens. In either case, it is admirable how well the Foundation has translated this model of presenting into a virtual setting, and few can deny that the series has served as a catalyst for some fascinating discussions.

One can only wonder and hope that this free, accessible, and democratic model of discussion—one of the few silver linings of our current situation—will continue in the future, or whether old models of sharing information will return. We’ll see our own version of this in a month as academic semesters begin and new calendars of Zoom presentations, lectures, and critiques arrive. For now, let’s just enjoy this series while it lasts.

The 100 Day Studio is set to continue until August 27. For more details on how to watch, and a schedule of the current week’s talks, visit the Architecture Foundation’s website.

All presentations are archived on the Architecture Foundation’s YouTube channel. Here are some that may be of interest:

Harish Krishnamoorthy is a fourth-year B.Arch student at Rice Architecture. He is an editor at PLAT Journal, and currently anxious about the state of the world.