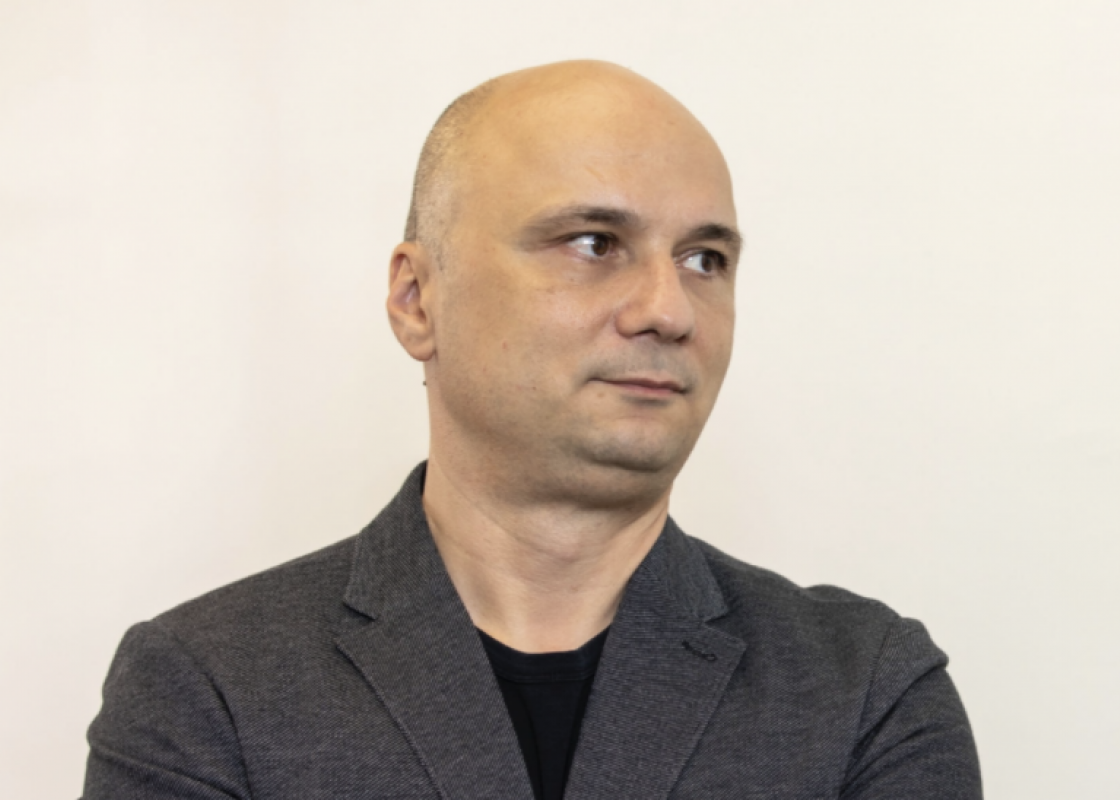 Marjanović comes to Rice from Washington University in St. Louis, where he is the JoAnne Stolaroff Cotsen Professor and chair of undergraduate architecture in the Sam Fox School of Design & Visual Arts.

“I am honored and humbled by this opportunity to join the Rice Architecture faculty, whom I’ve always admired for their distinctly generalist approach that integrates theory and practice and the making of buildings with the making of books,” Marjanović said. “As a designer and scholar myself, I am inspired by that kind of synthetic thinking, which is so needed in our moment of deep political, social and cultural fragmentation.”

“Igor is a great addition to Rice and to the university’s school of architecture,” said Rice Provost Reginald DesRoches. “He is an accomplished designer and scholar who brings great vision, endless energy and a collaborative spirit to the position.”

“I am delighted we found a dean of such accomplishment and breadth of intellectual engagements, who will build on the extraordinary reputation of our school of architecture,” said Rice President David Leebron. “He will be a valuable addition to our leadership team, bringing an ideal combination of urban focus and global perspective.”

He has practiced architecture with Osnova Projekt in Belgrade, Denise Pontes Arquitetura Interiores in Fortaleza, Brazil, and OWP/P Architects (now CannonDesign) in Chicago, where he focused on its educational portfolio of new buildings for Chicago Public Schools. Through ReadyMade Studio, his practice with Katerina Rüedi Ray, he engaged questions of immigration, diversity and globalization in such projects as the community partnership with the Sofia Quintero Latino Art and Cultural Center in Toledo, Ohio, and the installation “City of Arrivals” at the Art Institute of Chicago, which re-imagined the city’s future as one that belongs to immigrant children.

“He brings an outstanding record of academic leadership and research scholarship that complements the school’s unique balance of pedagogy, practice and theory,” said Dawn Finley, an associate professor of architecture and director of graduate studies.

Marjanović noted his research integrates the teaching of studio and theory with historical scholarship on architectural pedagogy, practice and identity formation, examining the role of drawings, exhibitions and publications in the emergence of international architectural culture.

As program chair at Washington University, he created a distinct academic vision that integrated architectural and liberal arts education, recruiting diverse students and faculty and demonstrating a commitment to equity and inclusion as the foundation of social transformation and academic distinction.

Marjanović received the 2009 American Institute of Architects Education Honor Award for his Florence studio, “Disegno: Encounters in Public Space,” which advances the medium of drawing as a powerful tool to engage the contemporary refugee crisis, global migration and decolonization.

His collaborative approach to research has led to such critically acclaimed books as “Marina City: Bertrand Goldberg’s Urban Vision” and the exhibition “Drawing Ambience: Alvin Boyarsky and the Architectural Association,” which debuted at the Mildred Lane Kemper Art Museum in St. Louis and the RISD Museum in Providence, Rhode Island, before traveling internationally, most recently to the Jut Art Museum in Taipei, Taiwan.

Marjanović’s most recent book is “The Evolving Project: The Journal of Architectural Education and the Expansion of Scholarship,” a co-edited volume that tells the story of postwar architectural pedagogy as an intellectual platform that engaged the larger social, cultural and political issues of its time.

“As architecture schools worldwide confront critical issues of globalization and climate change, Marjanović values the city of Houston and its diversity, culture and industry as an active resource and for its potential for new forms of engagement, design research and practice in architecture,” Finley said.

Marjanović looks forward to engaging with Rice and the Houston community.

“We live in the age of identity where categories such as race, gender and ethnicity constantly shift, expand and overlap, reshaping how we think about ourselves, each other and the buildings that we inhabit,” he said.

“As the most diverse city in the country, Houston is at the center of a new multicultural world, which puts Rice Architecture at the forefront of identity discourse and a global quest to imagine a more equitable, beautiful and sustainable society,” Marjanović said. “I look forward to engaging the internationalism of Houston and the world at large and to working with the entire Rice University community to align our efforts around these strategic priorities.”

Marjanović will take the reins from interim dean John Casbarian, the Harry K. and Albert K. Smith Professor of Architecture, who took charge of the school in June 2019 following the appointment of dean Sarah Whiting to lead the Graduate School of Design at Harvard University.

“John has done a tremendous job leading the architecture school during a challenging time for the university,” DesRoches said. “The school has continued to thrive under his leadership.  His efforts are appreciated by all.”

Casbarian will remain on the faculty once his job as interim dean is complete at the end of June.

This news release can be found online at news.rice.edu.