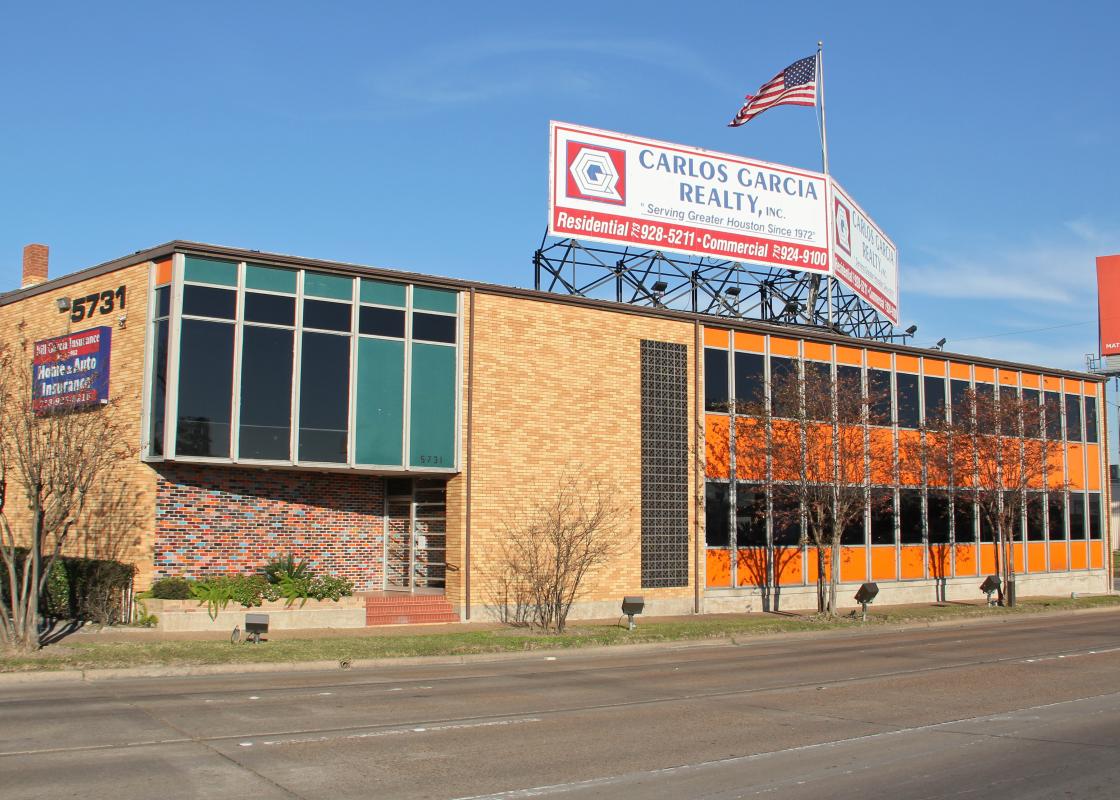 "Uncommon Modern" is currently on exhibition at Architecture Center Houston through February 19. A panel discussion and release of a catalog of more than 400 buildings takes place Monday, February 15.

You would probably recognize most of the buildings in “Uncommon Modern,” but chances are you don’t know them. You wouldn’t be able to say when they were completed or who the architects were. But these are buildings you have passed a hundred times. They are, in fact, common, and it’s the exhibition that’s uncommon, paying an unusual amount of critical attention to architecture that might not seem, at first, to deserve it.

Curated by Anna Mod and Delaney Harris-Finch, the exhibition features photographs by Aker Imaging, Hester + Hardaway Photographers, Mark Johnson Photography, Peter Molick Photography, and Rocio Carlon Studios of dozens of “background buildings,” for lack of a better term: restaurants, clinics, insurance agencies, churches, gas stations, do-nut shops. They date from the ‘50s to the ‘70s, inflected with the tendencies and tropes of Modernism but absent the singularity (or the patronage!) that gave rise to the great works of mid-century architecture. These are the places that great architects might have driven-thru to cash their checks.

For the curators, the exhibition is meant to be like an education. “We want people to explore their neighborhoods. Every community has important architectural resources,” says Mod. The exhibition was inspired by a similar one they attended in Philadelphia. “We have all this, too,” Mod says that she realized about Houston. “But we’re not talking about it.”

By “this,” she means “vernacular” architecture like, say, the Longhorn Building on Navigation, a favorite of mine, with its flat roof, its recessed entry, its lack of ornamentation. 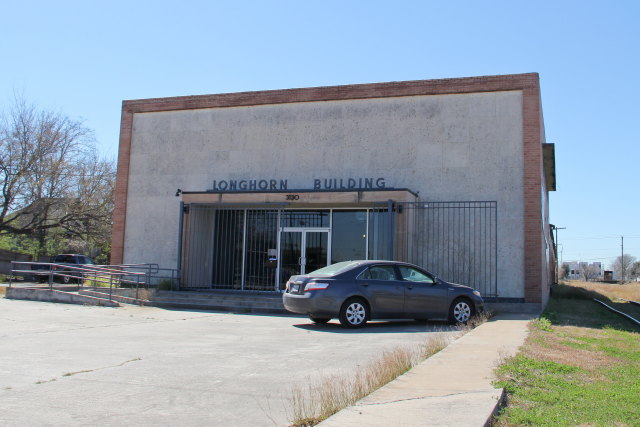 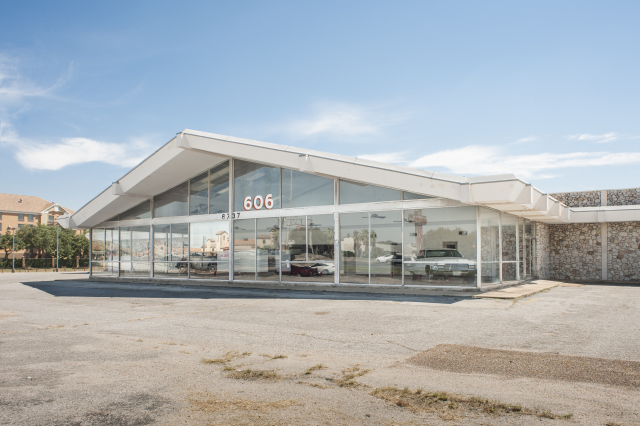 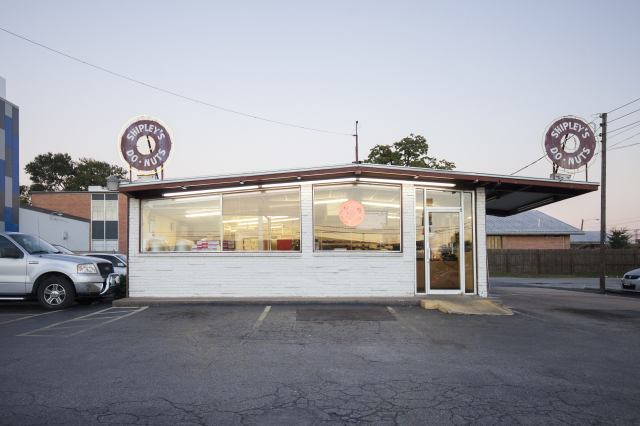 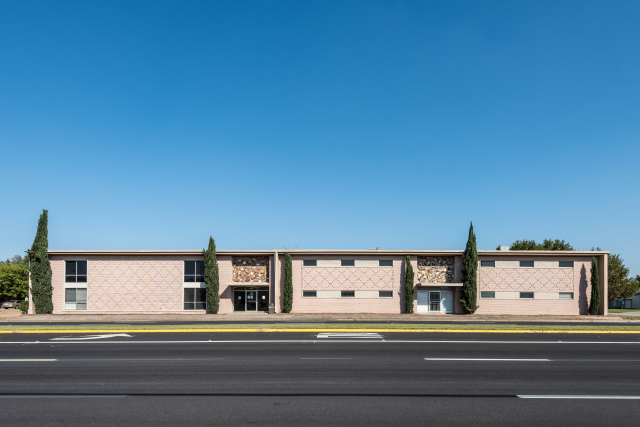 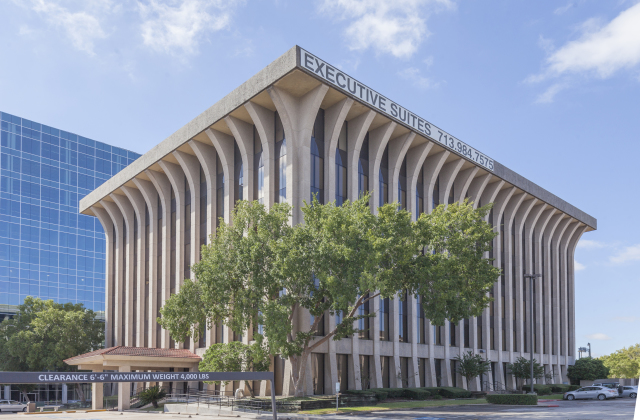 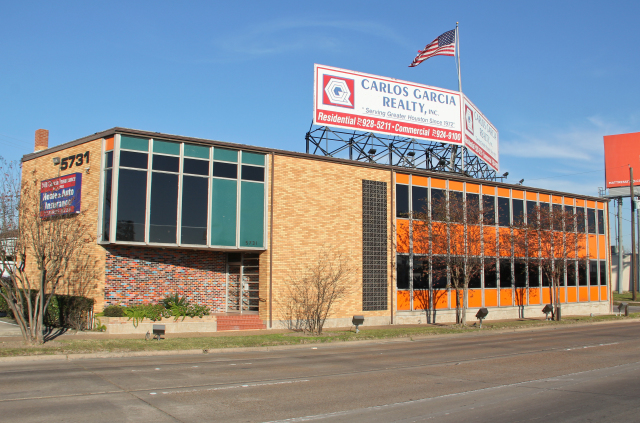 Certain other features are common to the buildings in the exhibition: roofs with obtuse angles ...

You'll see many solar shades (or brise soleil) and flares at the top and base of buildings like the bell bottoms of contemporaneous pop idols:

All the buildings, explains Mod, “solved a lot of issues. They were good at getting people in and out. They addressed the car very well.” A few decades later, though, it’s interesting to think of other issues these buildings could solve. The car still rules in Houston, so the scales and forms of these buildings remain relevant, most of them midrise and smaller and surrounded by parking lots.

Are these buildings worth saving, then? Both Mod and Harris-Finch are involved in preservation. (Mod’s book, Building Modern Houston, is essential reading.) “Houston changes so fast,” she says. “We’re not trying to save everything, but we’re trying to recognize what’s special.”

And that's one question the exhibition challenges you to answer. Are these buildings special? The exhibition would imply that they are, in fact, but it’s difficult to say whether this is a specialness conferred by the straightforward fact of time --- whether it is, essentially, nostalgic. The seduction of mid-century modernism to an “invisible reference point,” as Laura Fenton writes at Curbed.com, implies that we like these buildings because these are buildings our parents and cultural influences liked. These are, of course, subjective aesthetic judgments, difficult to get right but right, for what it’s worth, to discuss.

For me, then, I’ll say that it’s interesting to think of the exhibition’s call to attention. How we look is as important as what we’re looking at. These are buildings that have a lot of life left, and looking at them as architectural resources, with histories and visual profiles distinctive of a particular period, can be extremely profitable. Profitable in an economic sense, too, as many of them are not so precious that their owners won't someday give them up --- for redevelopment or adaptive reuse by us. It’s not likely that Mies' MFAH building is coming up on HAR anytime soon. (That’s why it’s also not so interesting to put a photograph of it in an exhibition like this.) That building is untouchable. The Longhorn Building isn’t, though. Sited in a neighborhood in transition, as the Navigation Esplanade draws hundreds to a Sunday farmers market in the East End, the building might become an office with rents low enough that a small start-up company could afford to move in.

Likewise, another building in the exhibition is a shim-shaped one on the Gulf Freeway feeder. It’s home to Carlos Garcia Realty. I pass it every morning and evening on my commute. I have a hard time saying why I like it, but I do.

Those clementine-colored panels, the candy-colored tiles, are fun in a way that the cakey brown stucco of newer commercial buildings isn't. Of course the building is dated, but the date it evokes is the one when Houston was first becoming the city we inhabit today. Whether this building is special enough to be spared demolition is a question the exhibition can't answer. It's a question that Houston, as a city, is just starting to take seriously. But it's true that none of us could answer the question without first paying attention --- and that's something "Uncommon Modern" can help us do better. 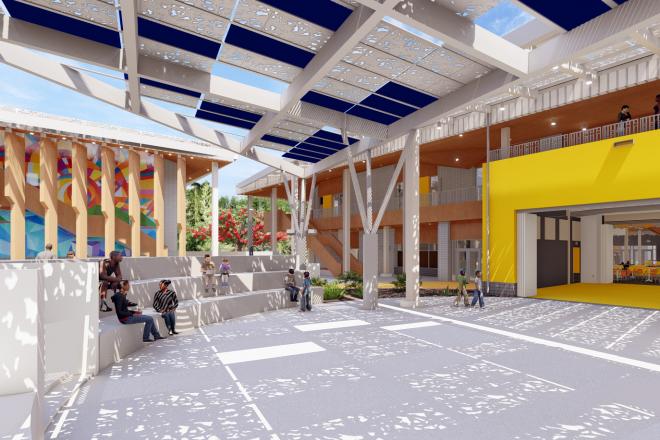 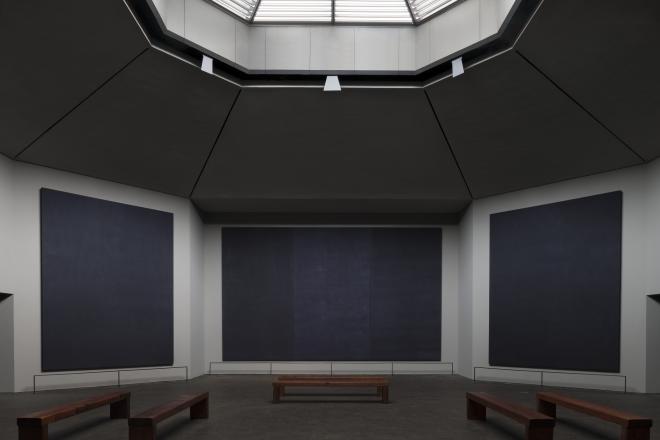