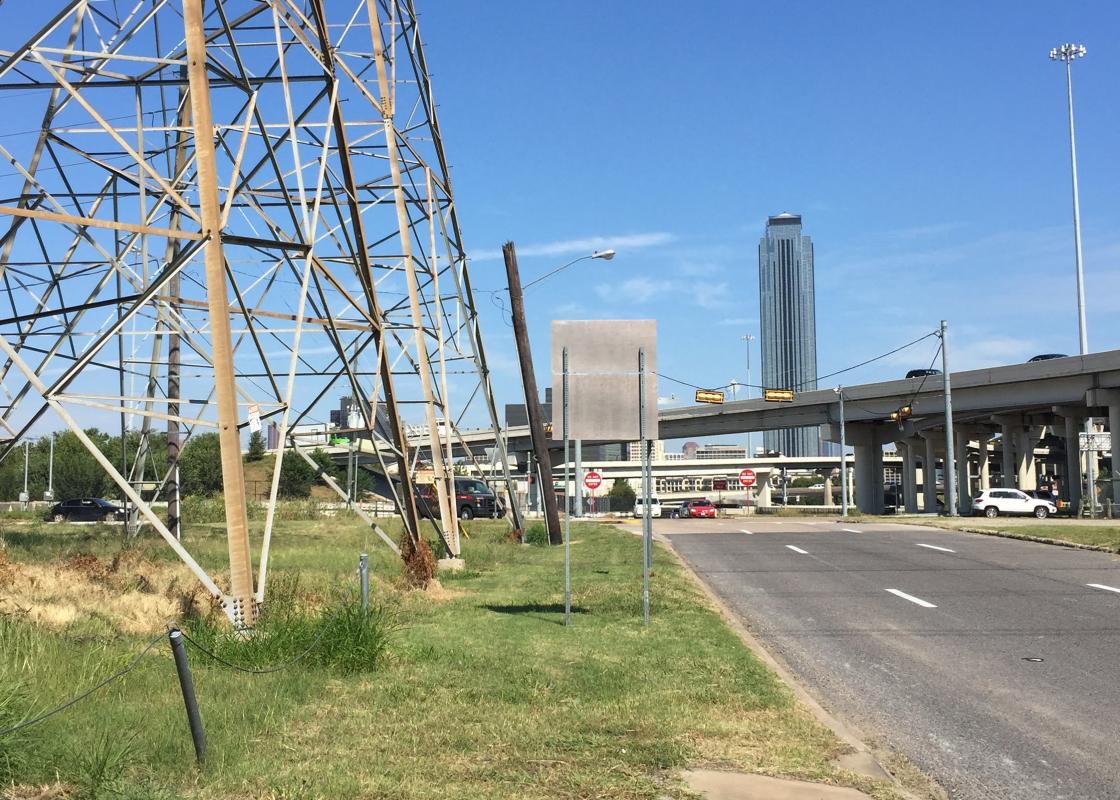 The new issue of Cite explores "speculative ideas for the near future," as guest editor Nicola Springer writes in her introduction to the issue. Here, urban planner Carson Lucarelli discusses his choice to sell his car --- in one of the most car-friendly cities in the U.S. To see all the content from "The Future Now," click here.

I live in Houston, and I got rid of my car. I’ve been living carless for a few months, in fact. It’s not that I hate cars; I grew up a “gear head.” Sundays meant helping my dad wash the family vehicles in the driveway. My mom used to say that they looked like they came off the showroom floor. In high school, my buddies and I used to tinker on cars. We were known as the Greasers. We even converted a Jeep to four-wheel drive --- no easy task for a couple of 17-year-olds, but it still runs today.

But as I matured and transitioned through my education and training as an urban planner, I began to see automobiles for what they really are --- tools of convenience that have facilitated one of the largest shifts in urban development that the world has even seen. Some would argue that that shift is much to the detriment of humanity, community health, and the environment. But this story is not about why auto-centric development has marred progress. Instead, it’s a retrospective, autobiographical approach at how going carless has impacted a sole Houstonian.

I moved to Texas in February from the East Coast. I did my graduate and undergraduate studies at Virginia Commonwealth University in Richmond, but after 7 and a half years, I was ready to move on. I had been toying with the idea of going carless for awhile. But it was in 2013 while I was studying in Europe that the thought came to me. We were driving in Bavaria along the Czech border. “I really don’t need a car," I said out loud. "I’m going to sell it!” Yes, cars are convenient — but if I kept planning my life around walkability and convenience, a car would simply be an added luxury — something I knew I was willing to live without. To be honest, I was also tired of being a part of the problem, being that one extra vehicle stuck in traffic, that one additional car choking the roadways, blocking intersections, and contributing millions of metric tons of carbon emissions annually. I wanted to distance myself from that as much as possible.

Houston, despite how inhospitable it can seem to pedestrians, has a well established and quite porous street network, especially within Loop 610. I found this out rather quickly, as I have always had a predilection for exploring cities on foot and on a bicycle. What this boils down to is a city innately programmed for walkability. Yes, the sidewalks can be atrocious, the streetscape harsh and often times uninviting, and drivers often treat pedestrians and cyclists abhorrently, but for the most part, the Loop is quite walkable and bikeable.

Life Post-Car
So how do I get around? I live in Midtown, and this neighborhood has excellent connectivity to a number of modes of transportation. I also work Downtown, so getting there means I can ride my bike, take a bus right outside my garage apartment, or walk seven blocks to the Red Line. When it's raining, or when I'm out for the night with friends, I take advantage of Uber. Because my network of friends all live in the Loop, it's actually faster to meet them using a bicycle, taking a bus, riding the train, or sharing an Uber.

I am also routinely asked how I get groceries. Though I do not have the luxury anymore of walking to a neighborhood grocery store, which I was accustomed to back on the East Coast, I am situated in between a number of Zipcar stations. Using a mobile app, I pay a small monthly fee that allows me access to vehicles ranging from small hybrid-electrics to luxury sedans. When I absolutely need a vehicle, I rent a Zipcar for around $7.50 an hour. At the same time, inside-the-Loop Houston is a very exciting place to live and work, so I rarely find myself yearning to travel far outside of it to shop.

For me, it is all about having options. If you live inside the Loop, especially in Montrose, Midtown, EaDo, or the Museum District, you are fortunate to be close to a lot of options. Selling my car was an easy decision, because I chose to situate myself in an area that was close to work, close to various modes of transportation and and within walking distance to nightlife and dining options. And that’s what I like most about Houston. Richmond, Virginia, where I moved from, is very compact, walkable, and bikeable; it is regularly compared to Austin. Unfortunately, traveling outside of Richmond's Downtown and surrounding neighborhoods by public transit was next to impossible and very unreliable. In fact, where I moved from, you couldn't take a bus even to the major shopping destinations. As a good buddy of mine put it: If you needed underwear, you also needed a car.

Honestly, it wasn’t easy watching two folks drive off in my car on the fateful day in August. My car was nice, fast, sporty, and a lot of fun to drive. It was also the largest purchase I have made to date, except graduate school. Still, I have not had a single moment where I thought that I made a bad decision. But I would like to relate one particular experience that was quite an eye-opener for me, as it brought to light the reality of public transit and mobility in our sprawling metropolis.

My girlfriend works for an architecture firm in Uptown, near The Galleria. I was off work one Monday and decided to meet her for lunch. Google Maps made the trip appear seamless --- about 15 minutes from start to finish. Like the millennial I am, I put my faith in the internet and jumped on the bus right outside my apartment in Midtown. As the bus approached my destination, the streetscape began to disappear, only to be replaced with freeway interchanges, parking lots, excessive setbacks, and cars, lots of fast-moving cars. 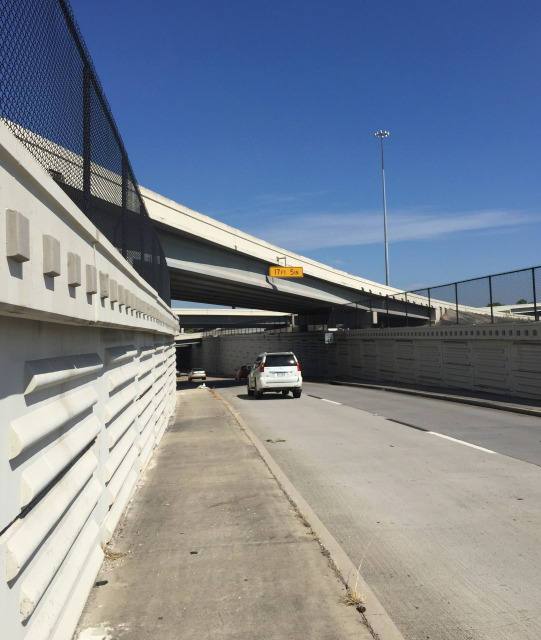 When I arrived, I had a sick feeling. The bus stop was a pole in the ground, the landscape was bleak, and there were no sidewalks to speak of. The most frustrating part was, amidst the sea of cars, across the 610/59 interchange, I could see her building! I closed my eyes and hoped I could just teleport there. When I opened them back up, I was still at the intersection of West Loop South and Westpark — not a place you want to go and just hang out.

Eventually, after negotiating several major intersections, an underpass with a treacherous “sidewalk,” and a cop telling a homeless person they had to “fly their sign” elsewhere, I made it to Post Oak Boulevard. This experience reminded me that, as an urban planner, I have a lot of work to do in order to make Houston a more walkable city.

It hasn’t all been seamless. But lacking a car has helped me appreciate Houston so much more, especially coming here as an outsider. You notice the graffiti on the utility boxes, the molding around the cornice, the homeless individual living under the overpass, and that hole-in-the-wall Vietnamese place you never knew was right by your house. You’re more likely to know how your bicycle tires will react to the paving on Sul Ross as you lead the charge to the Menil on a Saturday afternoon. Walking is innate to our species. As walkability expert Robert Ping puts it: “It’s one of the first things we learn, and one of the last things we’re willing to give up.” Without a car, you begin to rely on your own two legs, and I’m glad Houston has helped me realize that.