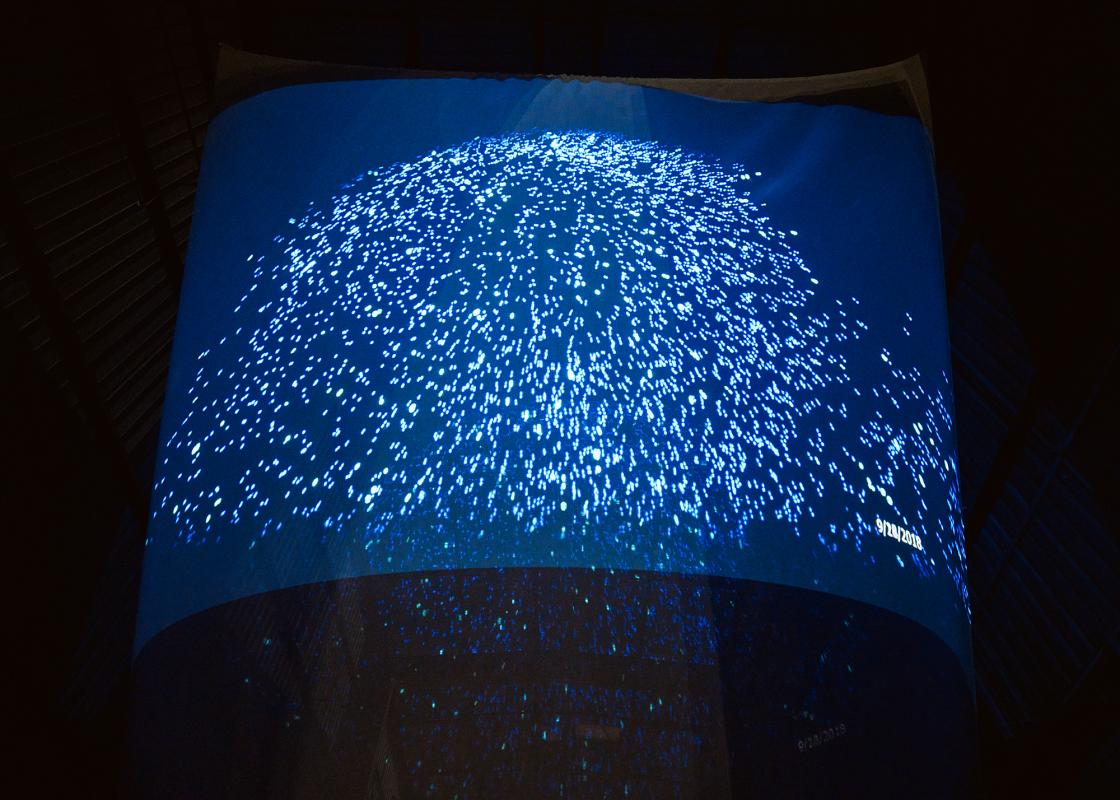 The waters in Houston’s bayous rise and fall with the weather. Despite their critical role, they escape the daily consciousness of most residents, as they innocuously channel runoff out of the city. That is, until something goes wrong. The Bayou Beacon, a temporary installation designed by Falon Land Studio, aimed to heighten our city’s awareness of the bayous. Through transforming metrics into video and sound, the installation gave the rhythms of the bayou a physical presence that viewers could see and hear.

On display at the Sawyer Yards Art Alley on April 23 and 24, 2021, the installation used data from the U.S. Geological Survey (USGS) to generate a digital animation that mapped the ebb and flow of water in White Oak Bayou over a five-year span. In the animation, a cloud of points expands, swirls, and changes color, while a timestamp marks the specific date of each frame, connecting surges in activity to specific moments in Houston’s history.

While the raw data is readily available (USGS publishes daily streamflow conditions throughout the country), the numbers alone fail to communicate the extreme downpours that Houston has endured and the disastrous effects of that rain. Peaks in the data correlate with moments of intensity within the installation; the brief appearance of Harvey’s record-setting precipitation was a point of orientation in the looped piece. The Bayou Beacon activated the information in a visually compelling way, demonstrating an overall awe about nature’s flows over any specific analytic message.

The installation, housed within the Sawyer Yards Train Shed, operated at a range of scales. From a distance, the blue aura piqued the interest of those passing by during busy open studio evenings, drawing them toward the light. As the animation itself became distinguishable, the swarm of blue points enraptured viewers, allowing them to pause and absorb the various conditions. For those who stayed in the shed a bit longer, the experience became multi-sensory, with a soundscape by Matt Hettich supplying chirping frogs and rushing water. 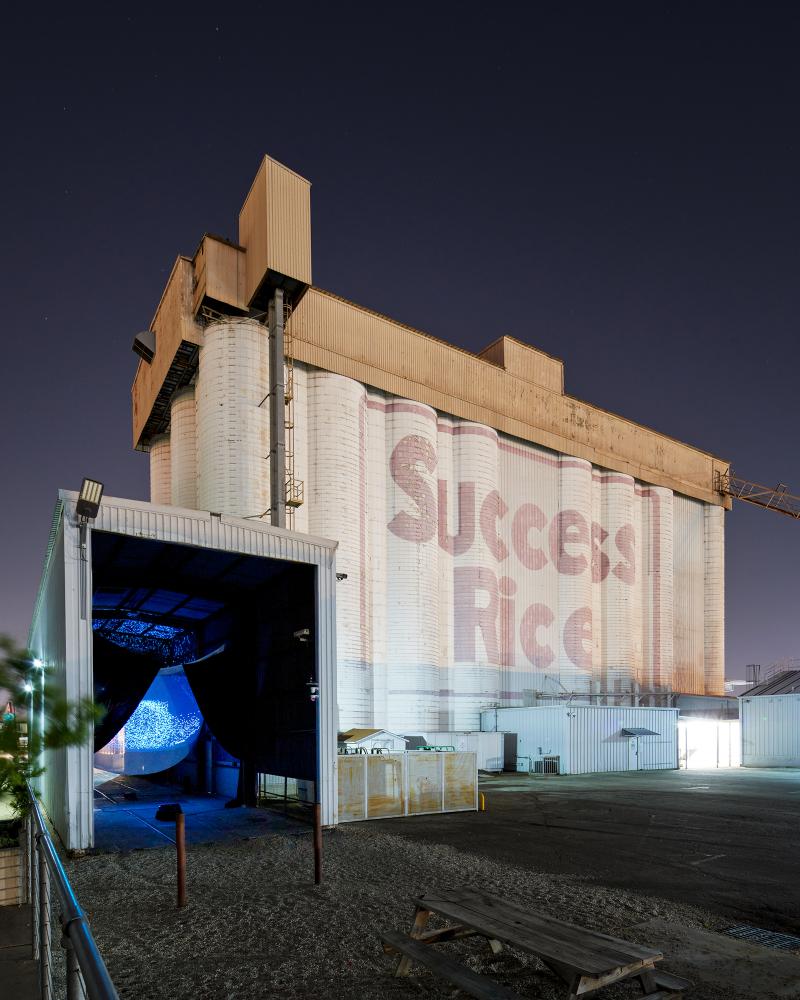 The open, two-sided train shed also contributed to the atmosphere of the installation. As the sun set, an orange glow slipped through the west end, meaning that the white-blue video was seen against the fading sky. Throughout the evening, a pleasant breeze swept through the space, cooling visitors and subtly rippling the fabric projection screen. While some might regard these effects as interference, they enhanced the experience of the installation, allowing the slow-but-accelerated time of the visualization to overlap with the real-time effects of the environment.

The space’s openness seems critical to art that attempts to give form to planetary conditions. The impact of The Bayou Beacon would likely be reduced if it was housed in the climate-controlled white box of a gallery rather than on an open-air site within walking distance of two bayous. The installation engaged viewers in a bodily way, but it was also critical. As a work of environmental art, The Bayou Beacon made visible the flows which surround all of us.