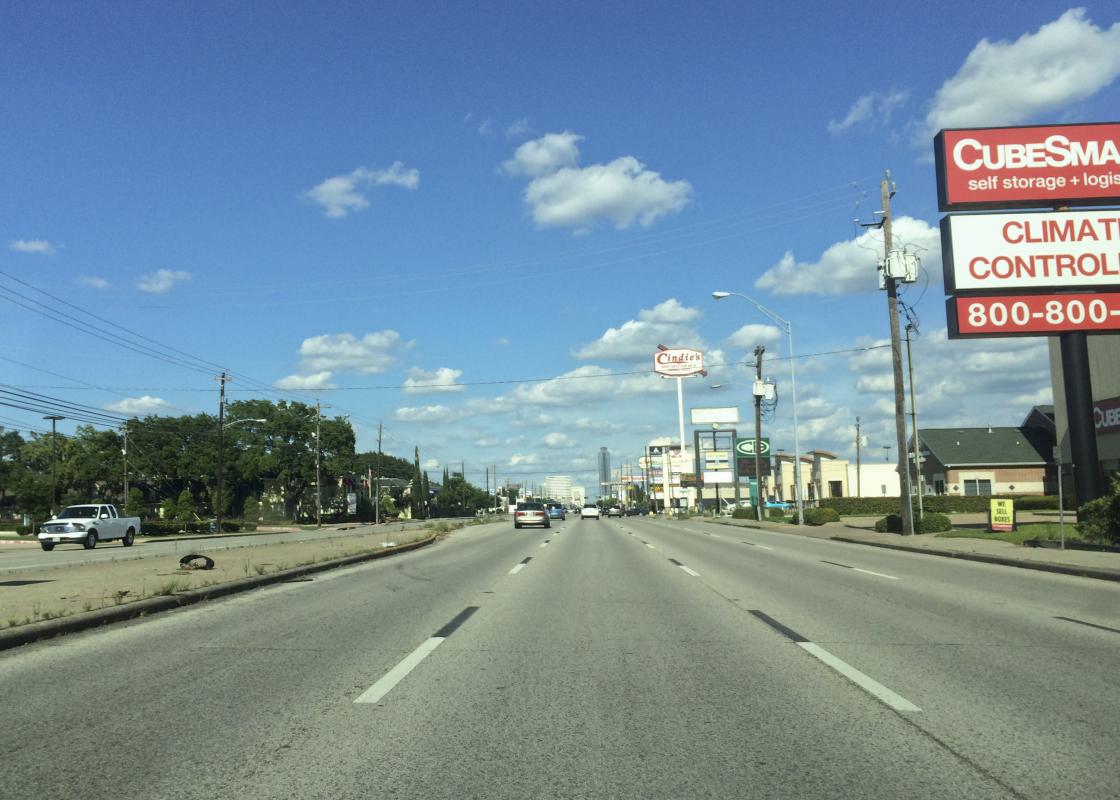 Every day for almost a year I caught the 5:00 a.m. 53 Briar Forest Limited bus from a stop close to Downtown, and I rode it all the way to the end of the line, getting off at Westside High School, where I started my day as a science teacher. The two-hour ride got me home by 6:30 p.m. Eat, sleep, rinse, repeat, every day for months. This commute was by necessity: several years before, I had been in an accident that left me with severe traffic-related anxiety, making driving all but impossible. Sound tiring? The truth is that I became part of a community of fellow riders.

Every morning, my work began when I got on the bus, when I got out my laptop to work on that day’s lesson plans. The first few months went by in a blurry haze. Planning on the ride to school, followed by lesson setup, followed by teaching, followed by grading, followed by an exhausted ride home, in which I tried to let my mind switch off. This turned into its own rhythm. On the dark bus ride in the morning, we were a group of regulars, quiet as we geared up for another day. The ride home was noisier, filled with the energy of students. As my mind became accustomed to the particular stops and turns, I began to look forward to a specific moment on the ride home, after the bus turned from Gessner onto Westheimer. As the bus began jolting its way down a long stretch of road, the entire city of Houston began opening up in front of me. Looking at the long stretch of road with a clustering of skyscrapers, I saw Houston as a city of possibilities.

Some time late in the fall semester, my fellow passengers started to take focus for me. First, I left my cell phone and wallet on the bus. Later that day, I received a phone call from the front office: the bus driver, who had recognized my badge and realized I was a teacher, had delivered them to the school office. I thanked him profusely and after that, every morning as I boarded the bus, we chatted a little. He was a Metro veteran, in his 17th year as a driver.

The second set of passengers that took focus was a group of regulars on the morning bus who spent most of their ride arguing about the Houston Texans in gorgeously voweled southern accents. When one of them found out that I was an HISD teacher, he promptly nicknamed me H-I-S-D, telling me that his sister had retired from a career as an HISD teacher and that “she could tell you stories.” Then I met another regular, an older woman with dyed red hair who worked as a crossing guard, who confided to me a few weeks before Thanksgiving that she was terrified about her son who was about to be re-deployed. Every once in a while she asked to borrow $5; she always paid me back. In the evenings, there was another regular, a woman with bleached blonde hair and professional clothing who I later I found out rode Metro all the way from Clear Lake to the Energy Corridor, spending more than 25 hours a week on the bus. Her previous job had been a casualty of the NASA budget cuts; now she worked whatever temporary administrative job she could find.

The list of regulars went on and on. A construction worker with chalky lips who spent almost 5 hours a day on the bus. A seasonal worker who shuttled between Texas and California, who, when he found out that I was a teacher, confided in me that though he had to drop out at 16, some of his happiest memories were of school. A student of mine, a sweet girl with a high-pitched cheery voice, who sometimes rode the bus Downtown and whose explanations about her living situation always shifted slightly. On the days that I wasn’t too worn down from the job, I worried about her, just as I worried about another student of mine, also a bus rider and a refugee who lived with her aunt. As we all talked and swapped stories, I began to feel a part of this community of bus riders. 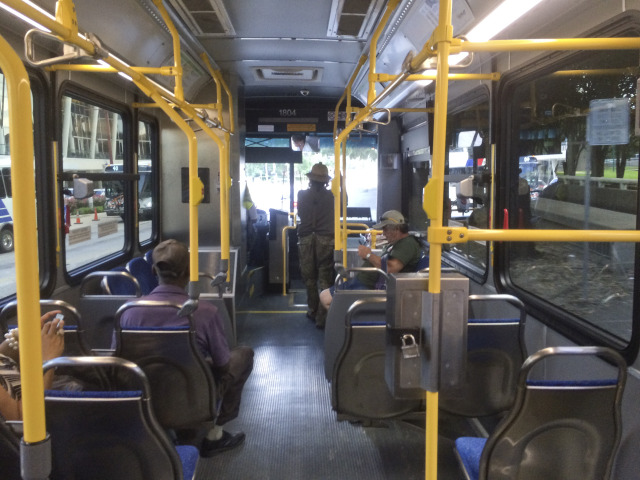 I had spent my first few years in Houston feeling isolated as I shuttled from my apartment to my car to my chosen destination. I jostled through rush hour at the Galleria, struggled to find parking at the Texas Medical Center, and grumbled about the horrible traffic. That was a bonding point with my peers, but it was also a divider, as all I did was look out the window and watch as Houston passed me by. I saw a city that was patchworked and diverse, full of tall buildings, empty lots, and a proliferation of restaurants and shops. I saw a city with potential, but I didn’t know who the people of Houston were. The people I knew were all work- or school-related. Most of them were also recent Houston transplants. Our meetings were intentional. We would meet at school or at a restaurant or at a home. Looking around, I saw people of the same age, of the same socioeconomic background, and of similar mindsets. Sometimes I felt as though I lived in a bubble, watching Houston pass before my eyes without understanding what my new city was really about. Beltway 8, Cort McMurray writes in his Street View essay, is a picture of our city. The passengers aboard the humble city bus represent our community. Working as a teacher --- and the long bus ride that was an integral requirement of my job --- introduced me to the people of Houston.

My daily routine of riding the 53 Briar Forest Limited ended. I have a different job now, one that is a little closer to home. My anxiety subsided to the point that I can now drive, leaving me with a simple three-mile commute down Westheimer. Life is simpler, and yet I find myself missing the casual community of the bus route. As it turns out, I won’t be able to take it again even for nostalgia’s sake. The line is being eliminated as part of METRO’s new bus network that begins in August. I could take the new and improved 25 Richmond, which will run every 10 minutes from Westchase to the Eastwood Transit Center, or 82 Westheimer, which runs every 8 minutes from West Oaks Mall to Downtown. But no matter the changes in service, the people will remain the same.