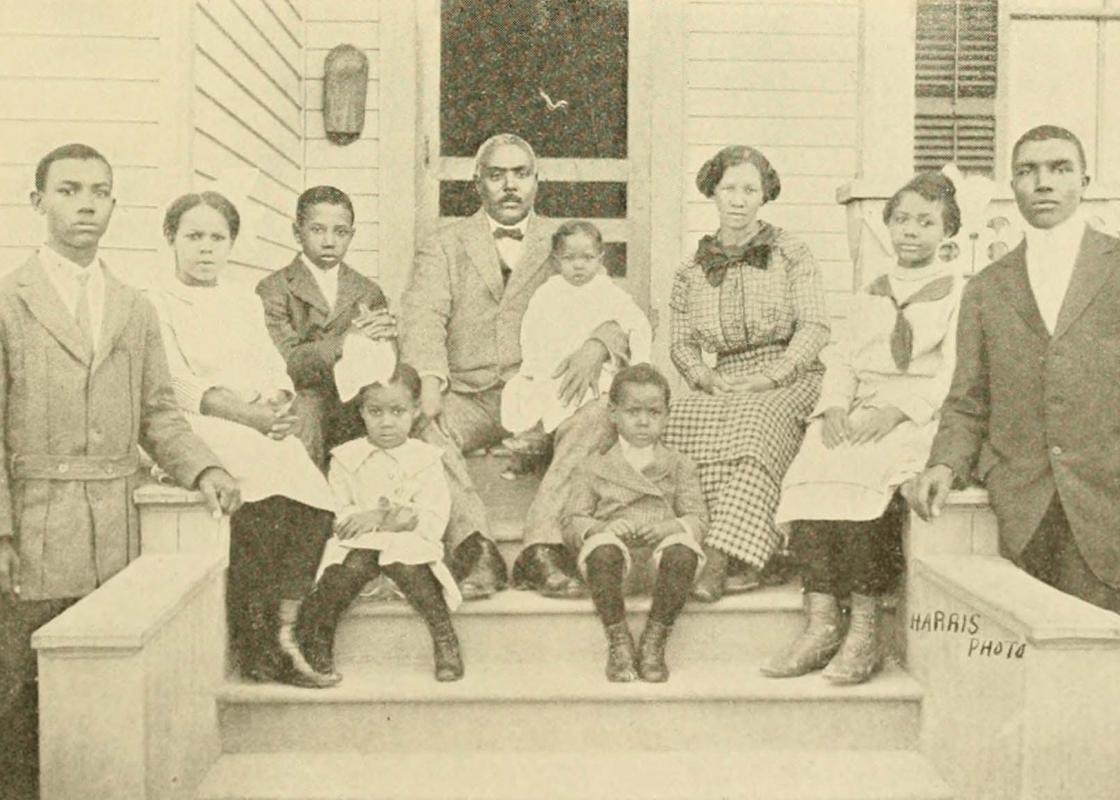 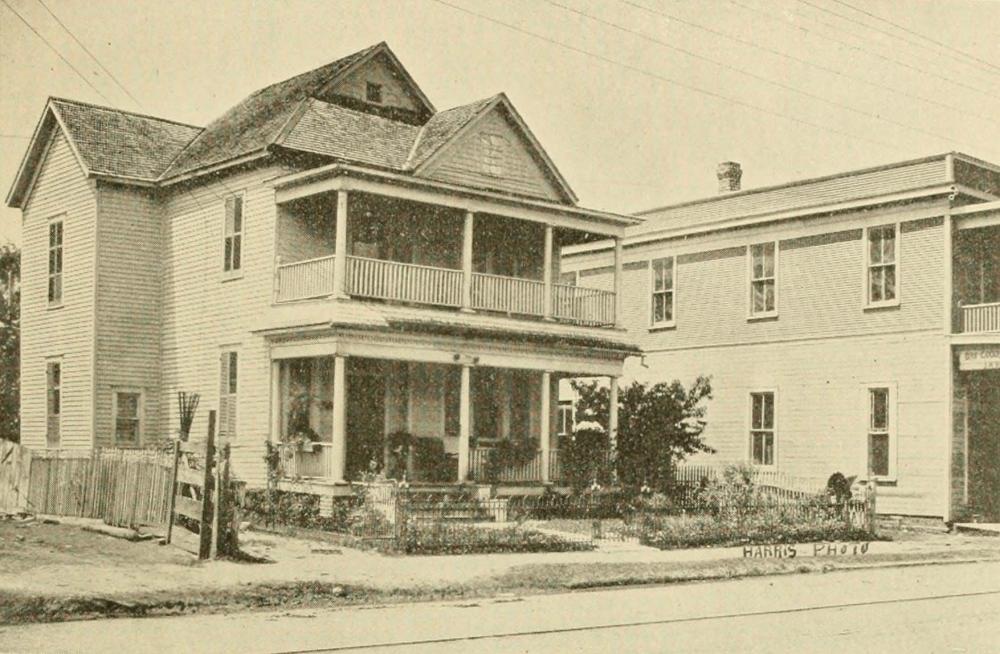 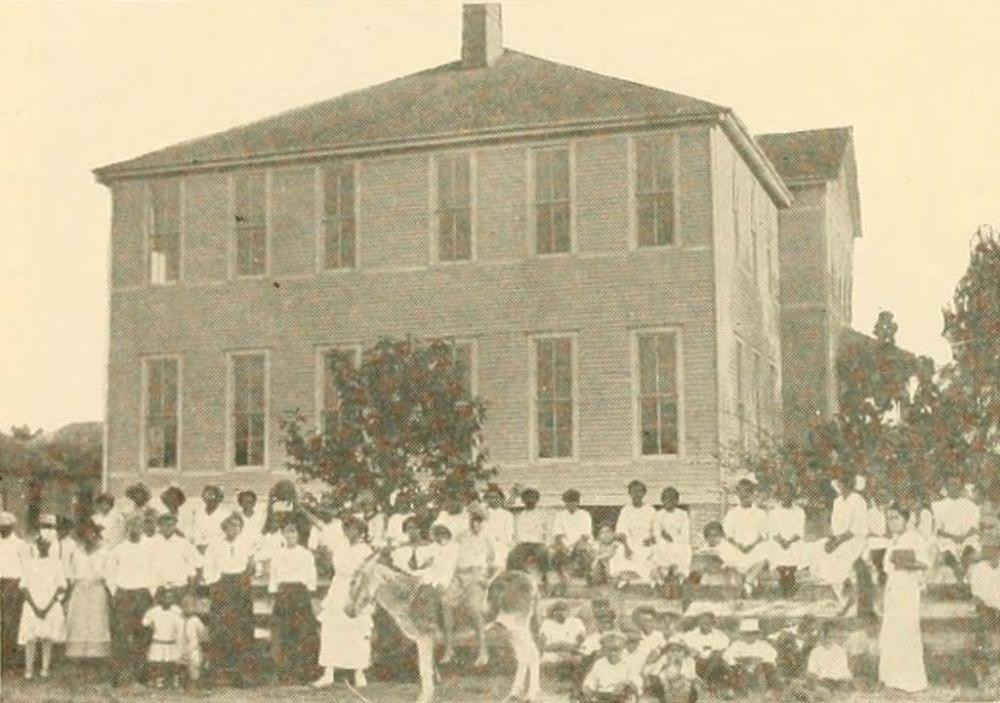 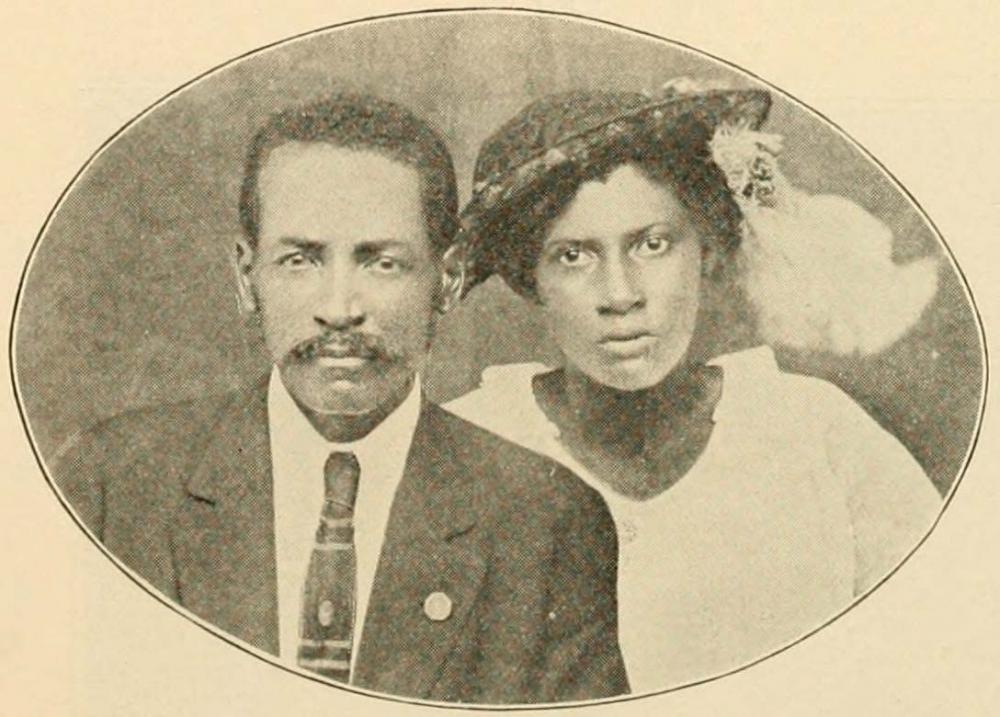 The Red Book of Houston: A Compendium of Social, Professional, Religious, Educational and Industrial Interests of Houston’s Colored Population (1915) offers a window into the world of Houston’s Black population. The book is filled with both photographs and addresses of churches, schools, businesses, and notable people. Of the 1,000+ addresses that the book contains, roughly 900 have been mapped using a 1913 street map and ArcGIS software, which forms the basis of The Red Book of Houston Story Map.

Our main goal for creating the Story Map was for researchers to see static addresses in a book come alive. The mapping project started in 2019 with the help of a Fondren Fellows grant and funding from the Woodson Research Center and Dr. Alexander Byrd and consisted of the following team: Rachael Pasierowska ’21, Ryan Chow ’21, and Susanna Yau ’21, with Dr. Fay Yarbrough and myself serving as mentors on the project. We tasked the students with extracting the data from the text and prepping it for the ArcGIS software. It was a two-year process which required additional cross-referencing with the city directory.

The result is an interactive series of maps focusing on the relationship between the members of the community and the churches, schools, and businesses highlighted in the book. For example, the book contains biographical summaries, including birth year, birth place, education, spouse’s name, church attended, affiliation with lodges and clubs, and place of residence at the time of the book’s publication. This personal information allowed us to create maps that show the migration of members of the Black community to Houston, as well as their spatial relationships with to the churches they attended. 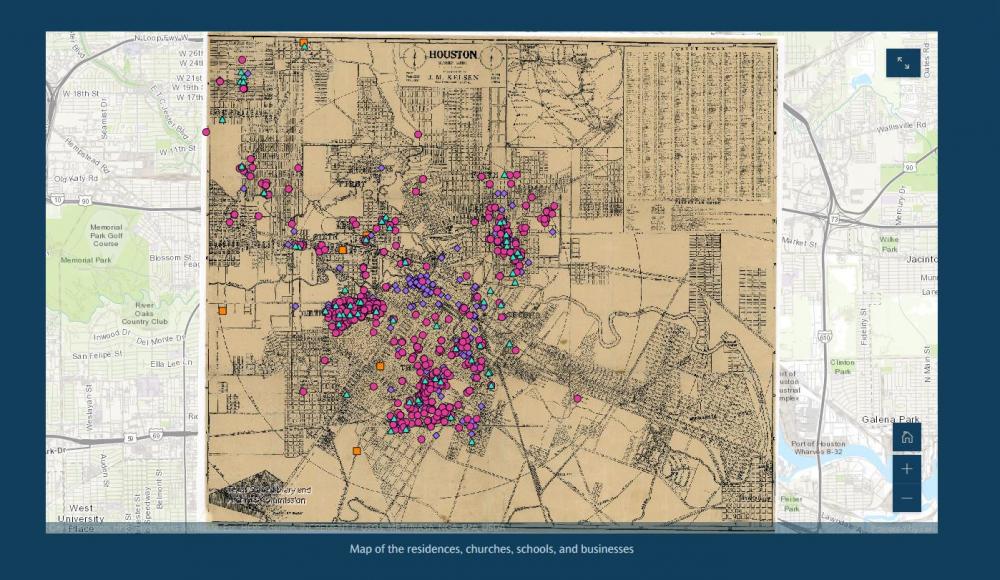 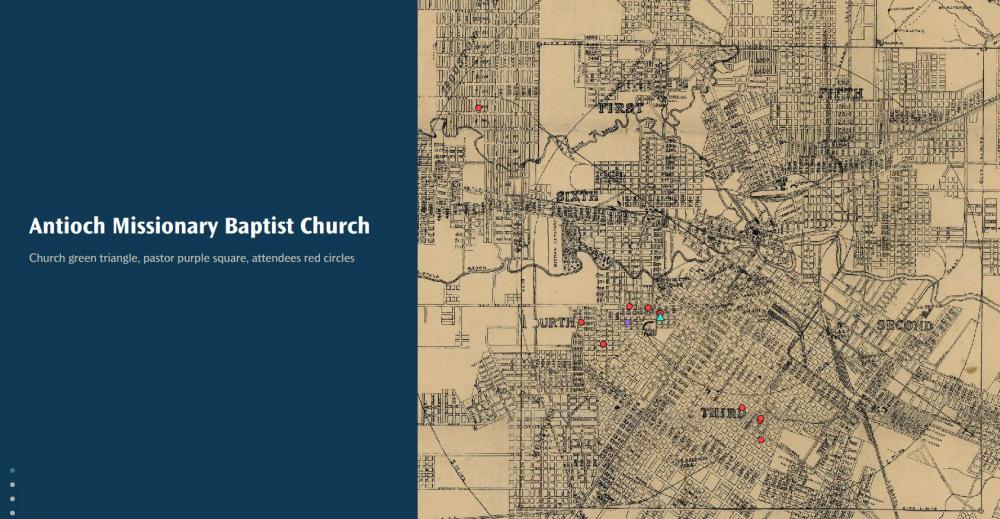 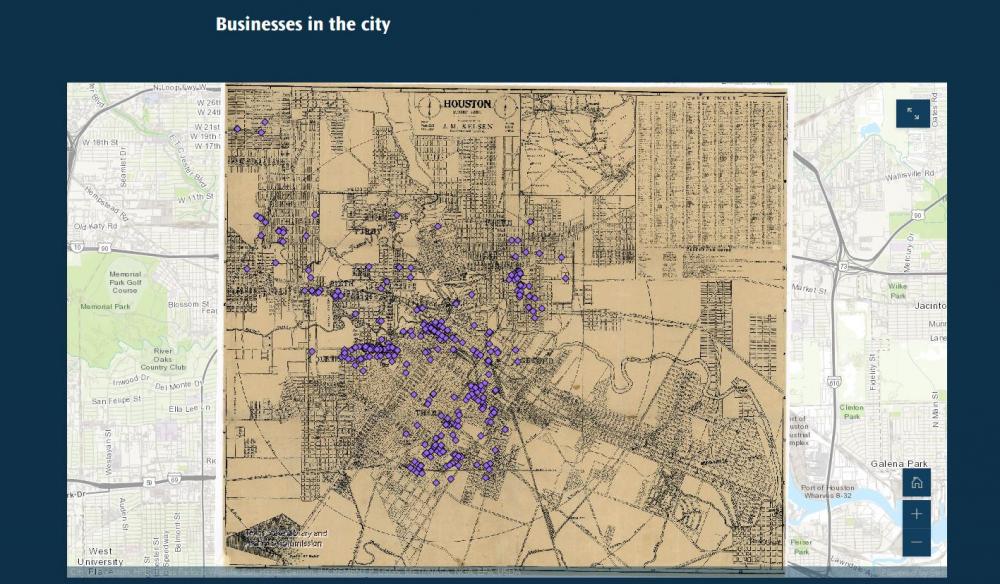 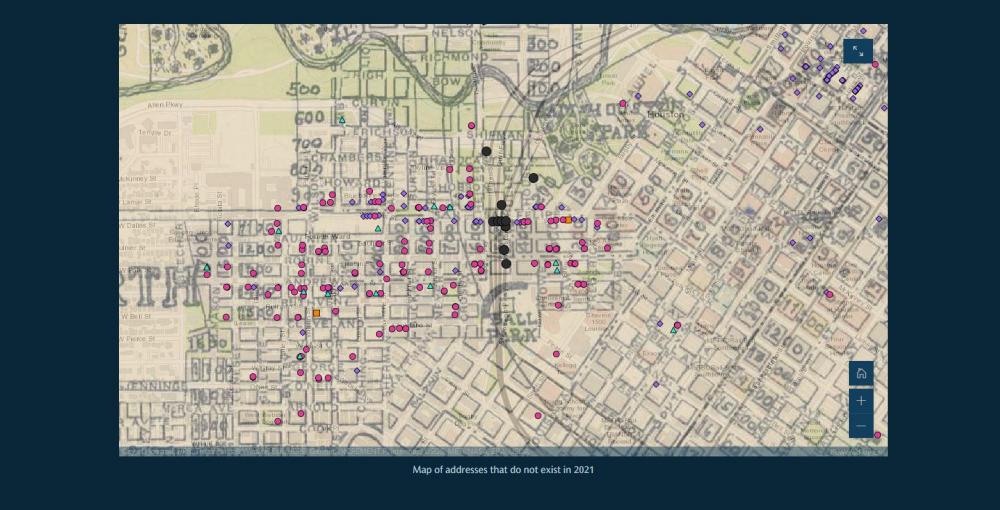 We created similar maps that illustrate the spatial relationship between a church, its pastor, and its attendees, and between businesses and their owners. One of the most interesting maps displays businesses run by males and females; it evidences how many women ran businesses directly out of their homes, whether it was dressmaking, restaurants, or renting rooms.

In addition to the historical insights the Red Book provides, overlaying the 1913 map with a map of today’s city also shows how strategic decisions in the middle of the 20th century negatively affected once thriving Black neighborhoods, splitting them in half and limiting their access to other parts of the city. At one time, it would have been easy for someone in Fourth Ward to walk any number of paths to downtown, but after the construction of I-45, access was limited to a route along Dallas Avenue. The Black homes that existed in 1915 on what is now the east side of I-45 no longer exist and the streets have been erased. The only major marker that remains is Antioch Missionary Baptist Church.

We see these visualizations and data as a jumping off point for researchers to better understand Houston’s Black community and how they moved through their words. Through this effort we hope that this slice of Black life from 1915 will seem less distant to the modern viewer.

Norie Guthrie is the Archivist and Special Collections Librarian at the Woodson Research Center at Fondren Library. While she does a bit of everything in the department, she specializes in collecting and processing music materials from the Houston Folk Music Archive and Houston Blues Museum Archive.

All historic images shown originally appeared in The Red Book.