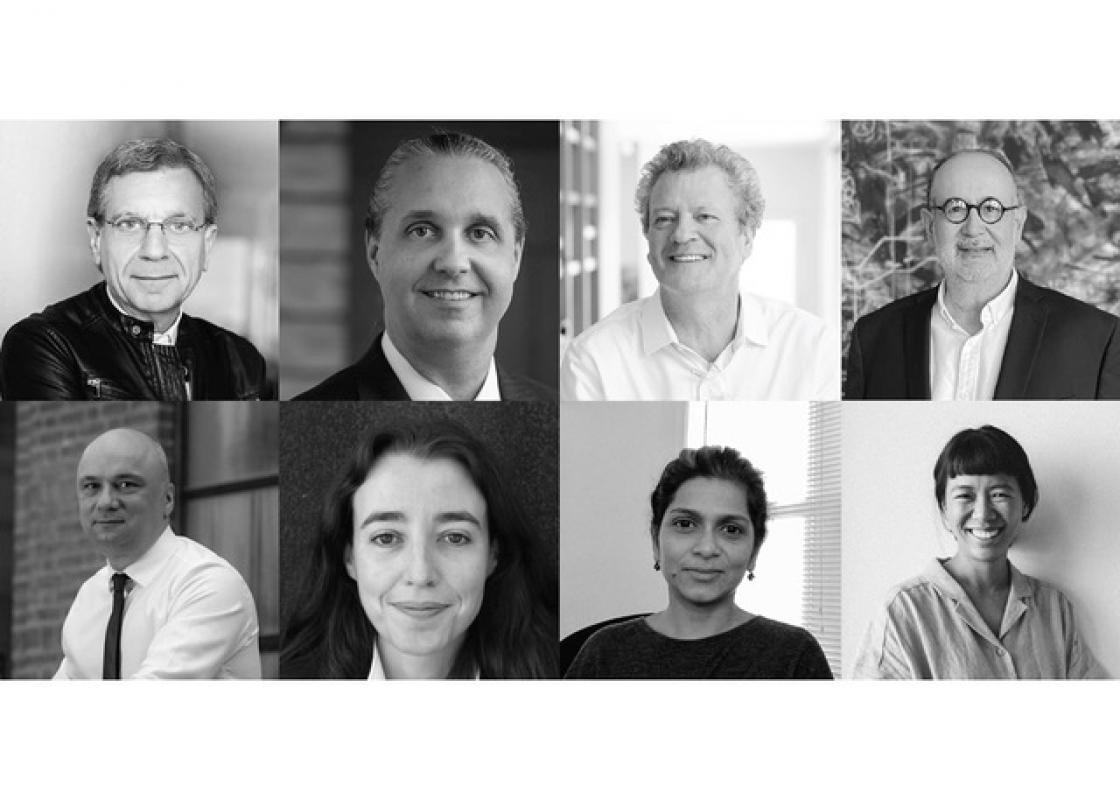 Last year, for the first time in its twelve-year history, the Spotlight Award committee process was conducted online, as was the lecture by the 2021 Spotlight awardees, AD-WO, who delivered their lecture virtually from New York.

The award, founded in 2009, recognizes the work of exceptionally gifted national and international architects in the early stages of their professional career.

The eight-member committee is always formed by the Spotlight Award founding members with more recent annual new additions of faculty and practitioners lending their voices to the nomination process. The committee was joined this year by incoming William Ward Watkin Dean of Rice Architecture Igor Marjanović.

The group met late October to select the 2022 awardee, who will be announced in January and will be invited to give a lecture at the Museum of Fine Arts, Houston in February. The award also carries a $2,000 monetary prize.

During their discussions, the committee considered several factors in the selection of the final awardee, including the quality and innovative factors of their work, their engagement with the local urban conditions, and the material quality and explorations of their work.

Additionally, the committee has increasingly been paying attention to practices that project an idea of collectivity and that demonstrate an understanding of architecture as a collaborative, multidisciplinary process. Moreover, rather than a focus on single built structures, the committee also recognized in their discussions this year the increased value of practices that work on the larger urban scale through public space and civic projects, whether built or unbuilt.

John J. Casbarian, FAIA, is the Harry K. and Albert K. Smith Professor, Director of External Programs, Founding Director of RSAP, and Dean Emeritus at Rice Architecture, where, since 1973, he has taught design and design theory at both undergraduate and graduate levels. In 1973, he founded, with his partners, Danny Samuels, FAIA, and the late Robert H. Timme, FAIA, the internationally recognized design firm, Taft Architects.

Lonnie Hoogeboom is the Director of Planning & Design for Central Houston, Inc., and its governmental affiliates, the Houston Downtown Management District and the Downtown Redevelopment Authority/ TIRZ No.3. An accomplished architect, Hoogeboom joined Central Houston in March 2010, contributing his leadership to urban projects such as the renovation of Market Square Park and greenspace development of the new Trebly Park; corridor improvements on Main Street, Dallas Street, Bagby Street, and Allen Parkway; the Downtown Living Initiative, a residential development incentive program that will result in 5,000 new residential units in downtown; and the 20-year vision for the central city – Plan Downtown: Converging Culture, Lifestyle & Commerce.

Carlos Jiménez is Professor at Rice Architecture and Principal and Lead Designer of Carlos Jiménez Studio. He teaches both undergraduate and graduate studios and a seminar on architecture, film, literature, and music case studies. In 1983, he established Carlos Jiménez Studio, an award-winning, internationally recognized firm. Jiménez has taught at numerous universities in addition to frequently acting as lecturer, juror, and visiting critic at universities and cultural institutions in the U.S. and internationally. He was a long-term jury member of the Pritzker Architecture Prize (2001-2011).

Rafael Longoria, AIA is an ACSA Distinguished Professor of Architecture at the University of Houston and Principal of LONGORIA+, a Houston-based architecture and urban design collaborative.  He serves as Director of the Atrium Press and as Coordinator of Advanced Studies at the Gerald D. Hines College of Architecture and Design. Longoria is a Founding Editor of AULA: Architecture and Urbanism in Las Américas, a numerary member of Mexico’s Academia Nacional de Arquitectura, and a past President of the Association of Collegiate Schools of Architecture.  He holds degrees from Rice Architecture and the Graduate School of Business of the University of Texas at Austin. The Green Braid: Towards an Architecture of Ecology, Economy, and Equity, a collection of sustainability essays and projects he co-edited with Kim Tanzer, was published by Routledge in 2007.

Igor Marjanović is the William Ward Watkin Dean of Rice Architecture. He has published widely on the history of architectural education and practice, with a particular emphasis on how architects use texts, buildings, and drawings to create cross-cultural dialogues. His collaborative research projects have resulted in critically acclaimed books and exhibitions such as Drawing Ambience, On the Very Edge, and a monograph on Chicago’s Marina City, which was featured on PBS Newshour.

Maria Nicanor, Executive Director of Rice Design Alliance, is an architecture curator and architectural historian with an interest in the ways that cities and people interact through the lens of design. She is currently the executive director of Rice Design Alliance. Formerly, she was the inaugural director of the Norman Foster Foundation in Madrid. Nicanor has been a curator at the Design, Architecture, and Digital Department of the Victoria and Albert Museum in London, and between 2006 and 2014 was the associate curator of Architecture and Urbanism at the Guggenheim Museum in New York, where she was also a curator of the BMW Guggenheim Lab project.

Deepa Ramaswamy is Assistant Professor of Architecture and Urbanism at the Gerald D. Hines College of Architecture and Design at the University of Houston. She received her Ph.D. from the Massachusetts Institute of Technology. Her research centers on land and legality, territoriality, and organizational and institutional histories in postwar United States and India. She is currently working on the history of land reclamation and predatory urban and infrastructural development in Mumbai. Her ongoing book project, "Transactional Terrains” traces the architectural and urban history of the privatization of the public realm in postwar New York City. Deepa’s research has been supported by the Rockefeller Archive Center, Getty Research Institute, Canadian Center of Architecture and the Global Architectural History Teaching Collaborative. Her works have been published in CLOG magazine, Spéciale Z Journal (École Spéciale d’Architecture), and Neoliberalism on the Ground, among others.

Maggie Tsang is an architect and urbanist. She is a 2021-2023 Wortham Fellow at Rice Architecture and Co-Founder of Dept., a landscape architecture and urban design studio in Houston. She received her B.A. and M.Arch. from Yale University, as well as a M.Des. in urbanism, landscape, and ecology from Harvard Graduate School of Design. Her research and practice focus on the impacts of climate adaptation and flood hazard mitigation on urban infrastructure and planning. Prior to founding Dept., Tsang worked at WORK Architecture Company in New York and Utile Architecture and Planning in Boston, MA. She is a registered architect in Texas and Maryland.

Rice Design Alliance is the public programs and outreach arm of Rice Architecture. We curate public programs, architecture tours, design competitions, and publications that communicate the importance of design in our everyday lives and its ability to make our lives better. We are based at and work from the Rice Architecture school as an advocacy group that believes that multidisciplinary and research-based design can improve our cities and the way we live in them.

RDA was established within Rice Architecture in 1972 by the school's first dean, David Crane, together with alumni and other civic-minded community members who believed that quality design thinking should be available to all in our community and that Houston’s citizens – experts and non-experts alike – should feel empowered to act and transform our city through design.