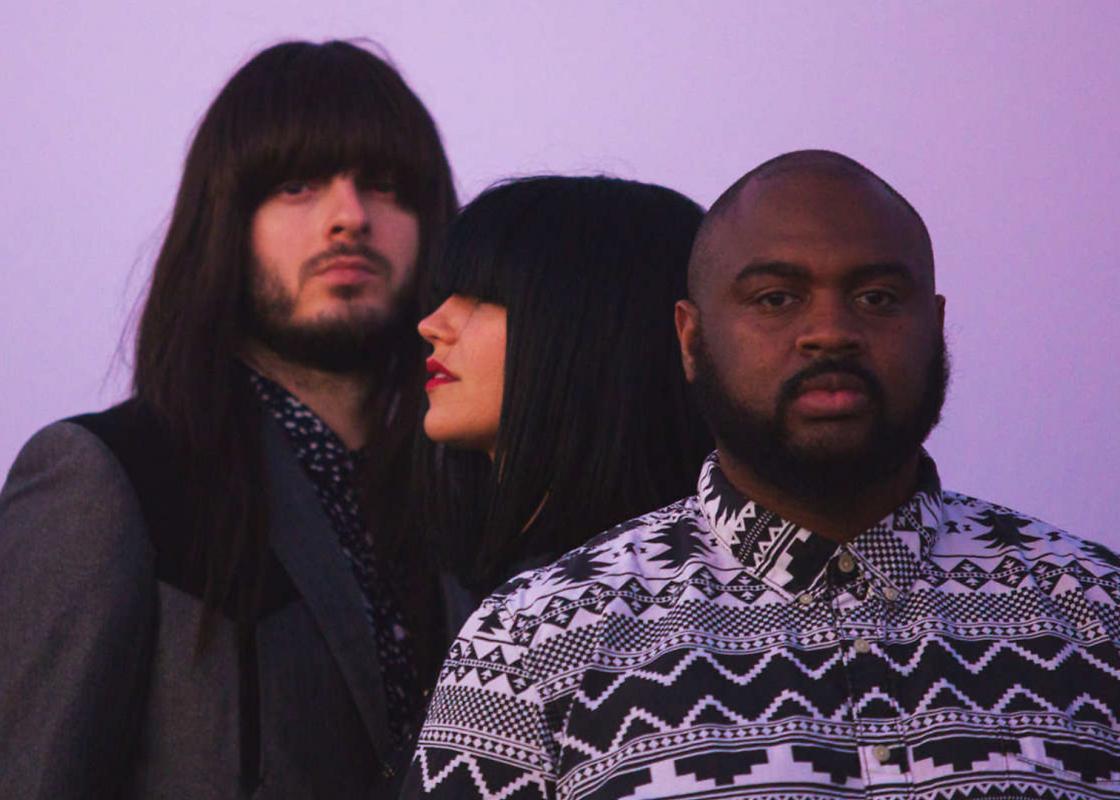 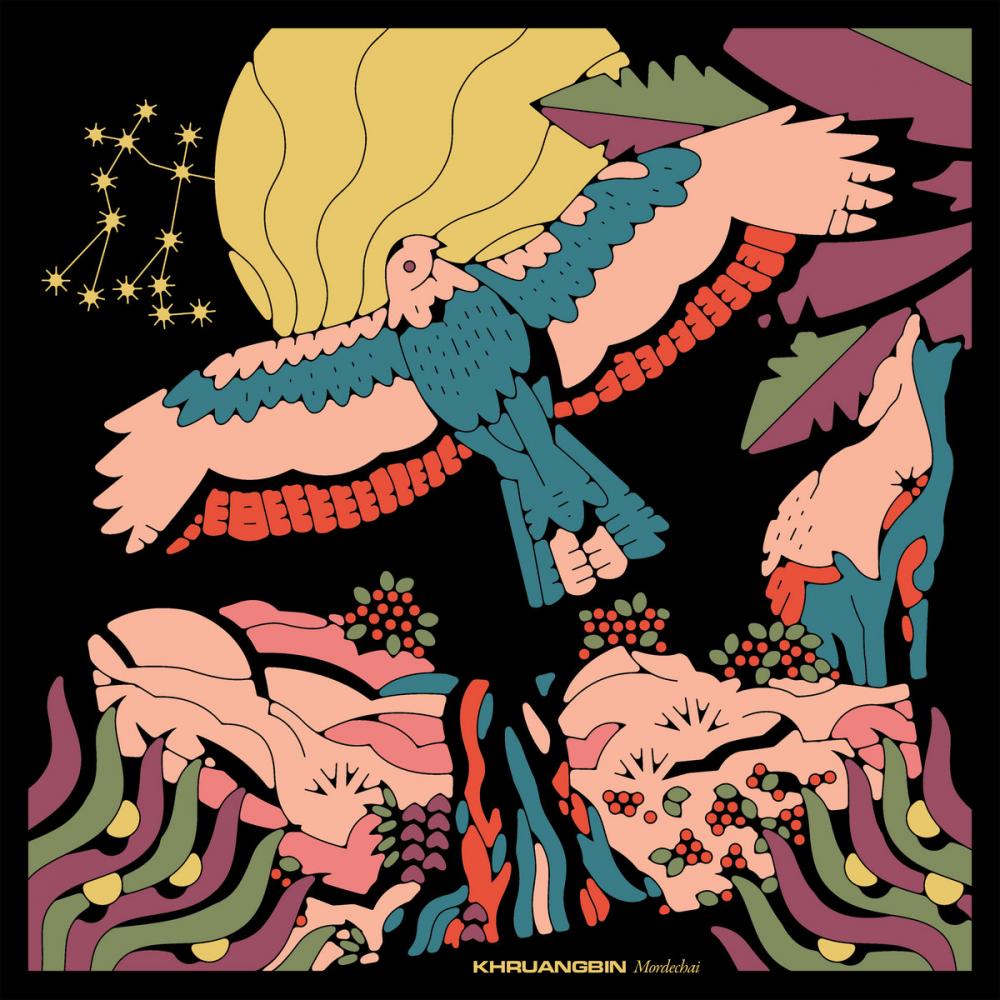 Khruangbin is all about vibe. They’re not really a band that writes songs in the traditional sense. Instead they make narcotic, trance-inducing, mostly instrumental music. The trio follows the Suffers as Houston’s second music industry 2.0 rock band to break big outside of town—“music industry 2.0” meaning that they succeeded through Internet tastemakers rather than the old model of corporate radio and major labels. Houston has been out of the Pitchfork/trendy blogger/NPR/Starbucks loop for most of this century, but Khruangbin has most decidedly kicked in that door.

Because they have a Thai name (pronounced “KHRUNG-bin,” it means airplane) and much of their earlier music drew from old-school Southeast Asian funk, you hear them described as “Thai funk revivalists” or some such. It’s only partially true. On their new album Mordechai, released in June, they expand their palate far beyond such a category. The album is the group’s third full-length release, following 2015’s The Universe Smiles Upon You and 2018’s Con Todo El Mundo (Hasta El Cielo, a dub version of the album, followed the next year).

On Mordechai, bassist/singer Laura Lee, guitarist Mark Speer, and drummer DJ Johnson run the gamut from shimmering Afro-Pop to Jamaican dub to American disco-funk. “Time (You and I)” is fun, sexy in an innocent way, and just lovely: Lee’s breathy vocal is layered over Speer’s wocka-chocka guitar and Johnson’s deep-pocketed drums are augmented with boop-boop laser sounds that seem plucked from Anita Ward’s soulful disco smash “Ring My Bell.” “Time (You and I)” is reminiscent of the Tom Tom Club, the Talking Heads side project. It sounds like the coolest song you never heard from the Lower East Side circa 1977, and the video, filmed in London, is pure joy.

In introducing myself as the new music editor of the Houston Press twenty years ago, I declared that I love “Houston music in all its multiethnic multiplicity, especially when it revels in its provincialism.” But Khruangbin doesn’t revel in the local, exactly; many of the music traditions from which they draw are absent from older frameworks of Houston’s historic sounds. The ever-elusive “Houston Sound” has proven as much a chimera as selecting just one official dish of Houston—Viet-Cajun crawfish? Brisket baked potatoes? Boudin kolaches? There is no one good answer, and so there likely can’t be one musical epitome for Planet Houston, either.

What I mean is that Khruangbin isn’t a swinging, bluesy, jazzy outfit like those of Conrad Johnson, Calvin Owens, or Milt Larkin, nor do they replicate Albert Collins’s funky barbecue-smoke combos of the 1960s or Little Joe Washington’s wasabi-to-the-sinuses guitar tone of more recent years. There is no detectable zydeco in their sound and while Latin influences are more pronounced in Khruangbin’s recent albums, it’s not the cumbia or banda or bachata you might hear at an Airline Drive pulga. Nor is it the raucous norteño-meets-ska of a local band like Los Skarnales. Instead, it’s South American rock en español with a whiff of Spain and still more distant echoes from North Africa and India via some Romani influence.

Still, Houston-ness surfaces in the medley of groovy content. It arrives in traces of the dark-of-night, Isley Brothers/Bobby Womack-style “quiet storm” feel to some of the songs, a mood that transports listeners to nights at the dearly departed Gallant Knight on Holcombe Boulevard. Houston-ness also creeps in through the group’s ineffable hip-hop sensibility and a cosmopolitan jet-set flair that, for some, has come to be a Houstonian trait. 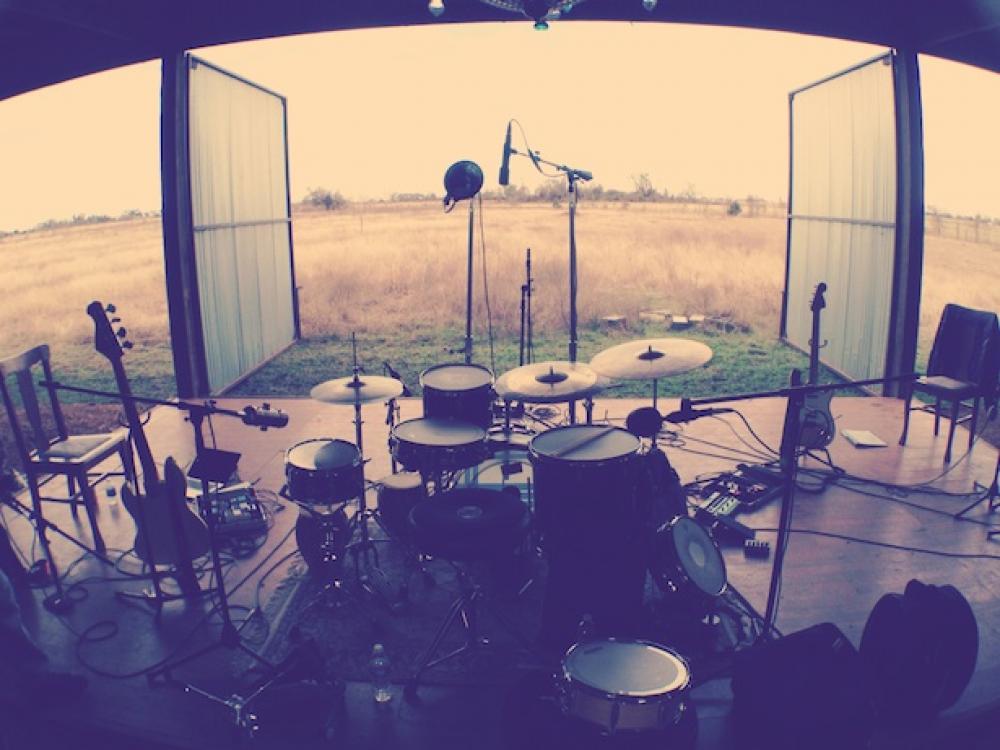 The band's barn in Burton, TX, where they record.

In a recent New York Times profile, Lee said “We wanted to make an album that didn’t sound like any one place this time. […] We wanted to have a record that sounded like everywhere and therefore sound like Houston.” Because Khruangbin’s “reach back to look forward” approach sounds more like the world in total than Houston specifically, we arrive at a paradox: In a city as international as this, how can you stamp your music indelibly with a sense of place? The quick answer is Houston now contains all places. Houston no longer sounds like Houston—Houston sounds like the world. So does Khruangbin.

Which is not to say Khruangbin lacks straight-up Texas gear. In backing Leon Bridges on Texas Sun, the band’s Lone Star State identity simmers soft and mellow in its psych-twang splendor, augmented by pedal steel and a whiff of accordion. Bridges’ silky voice pairs well with the Houstonians’ mood—I think his pipes are better suited to material like this than retro-soul. And as befits the title, “Texas Sun” is a rare Khruangbin song that sounds better in the daylight.

Khruangbin’s discography is hypnotic and soothing, two qualities I’ve come to appreciate more lately. Maybe it’s my age or maybe it’s this pandemic-straitened world we live in, but my taste is running more toward lullabies than fistpumpers or club bangers. Khruangbin are masters of the mellow, the workings of a lava lamp made audible. Their music is ideal for a dinner party—if we can ever have those again—but also makes a nice backdrop for solitary work at home. I’ve found that I can’t work while listening to music with prominent lyrics, so thankfully Khruangbin’s vocals tend to be more instrumental than, well, lyrical. As such, traveling the world via the trio’s funky global sound wouldn’t distract much from your COVID-19 work from home routine.

John Nova Lomax is a Houston-based freelance writer who has worked for the Houston Press and Texas Monthly. He now frequently writes for Texas Highways.