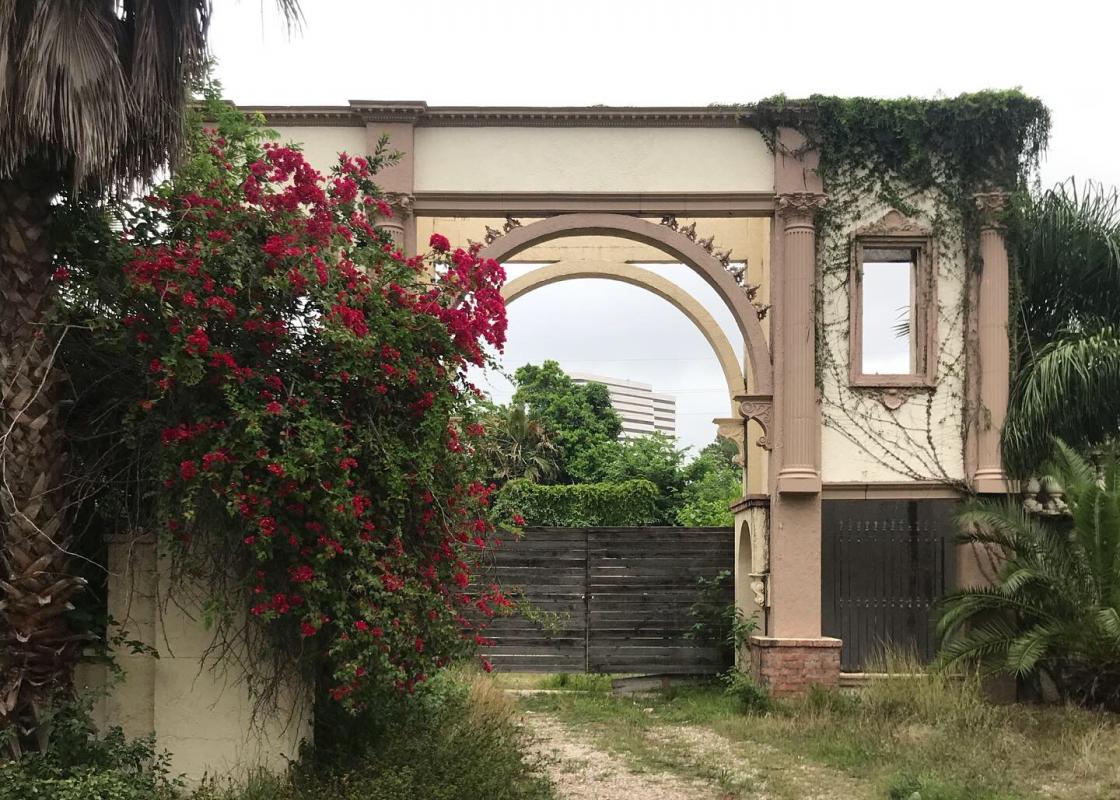 2020 feels interminable and it’s only just July this week. Right now we’re in the middle of a COVID-19 spike, the imminent economic recession, and the important widespread reckonings of Black Lives Matter after the murder of Houston’s own George Floyd. Add the ongoing governmental incompetence and the upcoming presidential election, and these things sum to a perfect storm of crisis and uncertainty. Given all this, it becomes urgently clear that our health is at risk—the health of people, buildings, cities, countries, economies, and planet, yes, but also the health of our ideas and our values. These are important times and we must act accordingly.

The built environment is where these intersected issues are made spatial. Our shared space on the surface of the earth is where we gather, where we create shelter, where we make our livelihood, where we participate in urbanism, and where we have an encounter with nature. This space is where neglect concentrates and where energy is consumed—but also where beauty is possible. The built environment is political and aesthetic at once because these two qualities are aspects of a deeper shared condition, two sides of a coin called life. Given the arrival of the Anthropocene, a term that acknowledges the global impact of human activity, the “built environment” is actually just the environment. We produce our environments through design, for better or worse. In a sense, design contours the realm of the possible.

At first, Houston’s environment appears banal. In the car it slides by, a blurred catalog of the civic industrial complex. But see it slowly and things veer strange. There are citizens from around the world who are experts in many fields; buildings of all shapes, sizes, materials, and textures; businesses of every variety; signs, advertisements, and text in a spread of languages; and a fecund array of plants conspiring to take it all back. The city possesses all manner of oddities, from the heaving streets to the piecemeal development deals that led to the patchwork of those same streets. Each overgrown lot is someone’s rendition of the American dream, each courtyard house its own world, all laid up one after the other for miles. Nothing here is that normal at all, really. In a turn familiar to architects, it is actually the generic city that supports the most diversity of life. Our metropolis is a testament to that assertion. Houston is a swamp of potential, in the best way.

Since 1982, Cite has been the critical voice addressing Houston’s built environment—in support of, about, against. Relieved of the need for speed that powers journalism, Cite, in its print and digital formats, is afforded the privilege of slowness. Working slowly means we can see more and remember more. Led by Raj Mankad for its first decade, Cite’s online presence as Offcite, now Cite Digital, concentrated on sharing stories that are based on listening and reviews that are grounded in attention. We aim to continue along this trajectory. We live in Houston but we look out to see the world. Our content, variously, is able to pillow-talk with the dirt or gaze back at Earth from the moon. In a city where the good, the bad, and the ugly coexist, we strive to share work with a critical eye that celebrates good practices where they’re happening and encourage them where they’re not. Looking ahead, we hope to regularly produce criticism delivered by a panoply of voices that contributes to Cite’s history of storytelling and provocative analysis. There is so much to say; please stay tuned.

What is Cite, anyways? In searching for an answer, I think of food—one of Houston’s many strengths—and also return to conversations with my mentor and original Cite designer Herman Dyal during which he illuminated the ambitions built into the publication’s name. Behold, Cite Three Ways:

Cite started with a rebellious spirit whose reinvention must continue. This is one of our goals at the RDA. In the early days, Houston was still arriving as a cultural phenomenon. Its architectural discourse then was a funky horseshoe that brought lefty counterculture types together with Late Modern and postmodern corporate operators. In the following decades, Houston has thrived. It’s no longer some flat curiosity under a canopy of oaks, but a real Place to be reckoned with, boiling over with innovation and talent. Houston is the hometown of Beyoncé! Many have already heralded the city as a bellwether for 21st century America. What does this future look like? This is what we’re making together.

Houston started as a utopian real estate scam 183 years ago. Of course u-topia, from the Greek, is literally “not-place,” and our conurbation is nowhere if not the capital of placelessness. But out of nothing, something. A vastness, teeming. I have been surprised by Houston and I have surprised myself in Houston. It’s never what you expect. When I first moved here I encountered, in search of something else, a headline from the Houston Chronicle from 1965: “Architect Says / City of Beauty / Possible Here.” I’m writing fifty-five years later to basically say the same thing. It’s truer now than it ever has been.