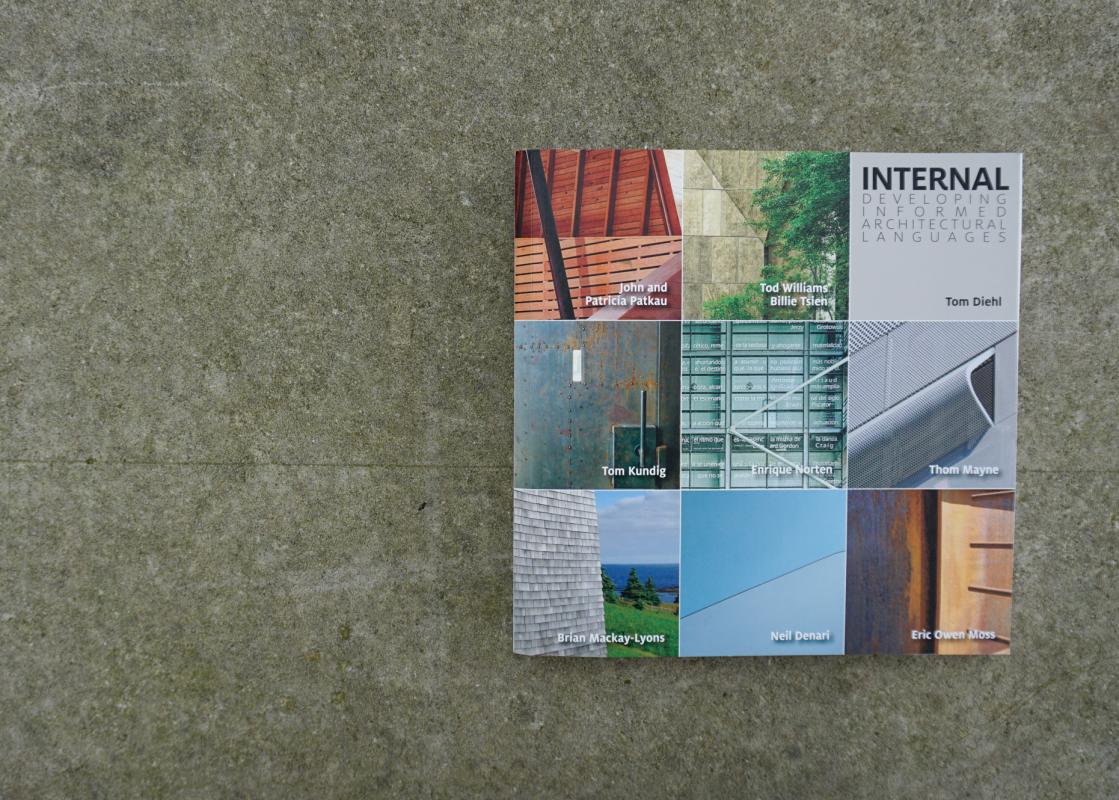 One of the problems with history is that there’s too much of it. As Walter Benjamin suggested in his 1940 essay “Theses on the Philosophy of History,” the task of the historian is to discern and articulate an intelligible chain of events from what is, essentially, a pile of debris. The tools deployed in this pursuit must necessarily separate a great deal of chaff from the historian’s wheat—however she or he comes to define it—so that the act of “making history” is always as much about exclusion as it is about assembly. 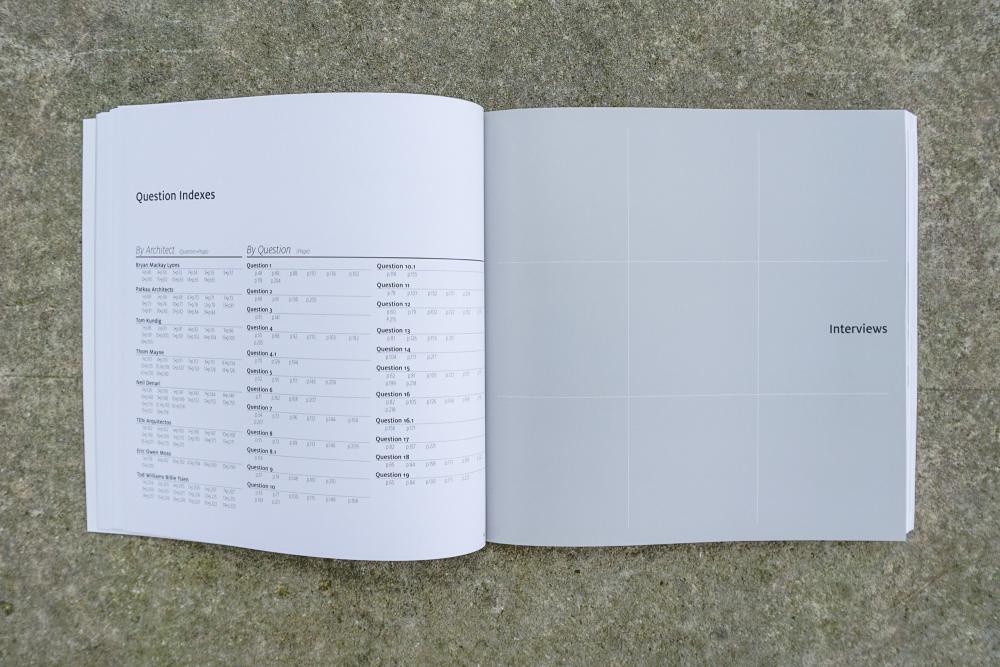 Architect and educator Tom Diehl takes up this problem in the introduction to his book Internal: Developing Informed Architectural Language (AR+D, 2021), which considers the disciplinary value-judgments needed to determine which items from our collective past actually matter. The quality of mattering is a slippery and subjective one, and one that Diehl takes on through a methodological approach that offers a measure of distance.

In Internal, Diehl dives into this subject in a series of long-form interviews with ten architects from eight practices (two are partners): Brian MacKay-Lyons, John and Patricia Patkau, Tom Kundig, Thom Mayne, Neil Denari, Enrique Norten, Eric Owen Moss, and Tod Williams and Billie Tsien. Their names, together with images of their work, are introduced in the nine-square grid of the book’s cover, itself a reference to the lineage of Western Modernism that the book’s content hopes to unpack. The interviews are sandwiched between substantial essays and explications that situate the author’s perspective on the themes being explored.

Architects who worked in the decades after the early Modernists attempted many versions of taxonomies and classifications. What constituted a signature? A style? An oeuvre? What linguistic frameworks might be useful when bringing architecture into dialogue with other disciplinary discourses? Diehl takes this moment as his entry point to consider and challenge the increasingly irrelevant conventions of architectural semantics and semiotic grouping. Instead, he calls for a shift in focus away from the efforts to crack an architectural “code,” and toward the identification of the strategies used by architects to create coherent and informed designs. Design approaches might not emerge from external sorting, but from internal processes, as the book’s title suggests. 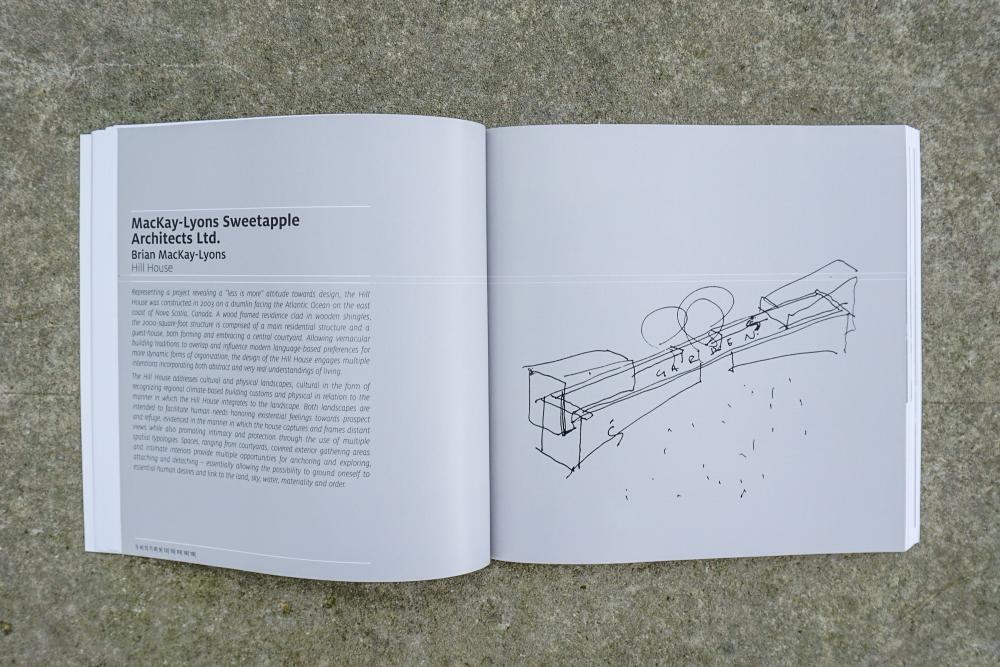 Diehl’s methodology is applied to eight contemporary architectural practices, each of which belong, in the author’s reading of their work, to the family of Modernism and its derivations. He presents the same set of initial questions to each subject and records both their initial response and the conversations those responses provoke. Diehl’s questions range from the general (“What are your initial concerns when you begin design work on a project?”) to the esoteric (“As the design progressed how did you link ephemeral, poetic intentions of your design to the pragmatic, functional performance concerns?”). Whether or not architecture is actually practiced from such explicit self-consciousness is beside the point: the answers given by the architects provide valuable insight on their own terms and offer an opportunity to compare the architects’ strategies and design postures.

“It can be argued,” writes Diehl, “that the missing constituent in many design processes is a methodology that establishes precise positions and rules of operation. […] Design intentions influenced by external issues do not carry the singularity of language authority as compared to those grounded in purely architectural issues.” While Diehl’s assessment of what might comprise a “purely internal architectural issue” may, in light of the past several years, seem almost quaint (the socio-economic assumptions underlying the patronage practice model that produced these architects and funded their work go mostly unchallenged here), the stated goal of illustrating “strategies that add clarity and depth to the design process, informing and refining approaches supporting the development of more coherent architectural form, space, and experiential qualities,” is an important one.

It seems odd, today, to see a formal discussion of architectural design process isolated from the wider urgencies of the moment—just as it seems odd to read a collection of interviews largely centered on the work of white men. These conditions reflect the era under study and should be contextualized as a critique of where the discipline is coming from, and not an indication (we hope) of where it is headed. 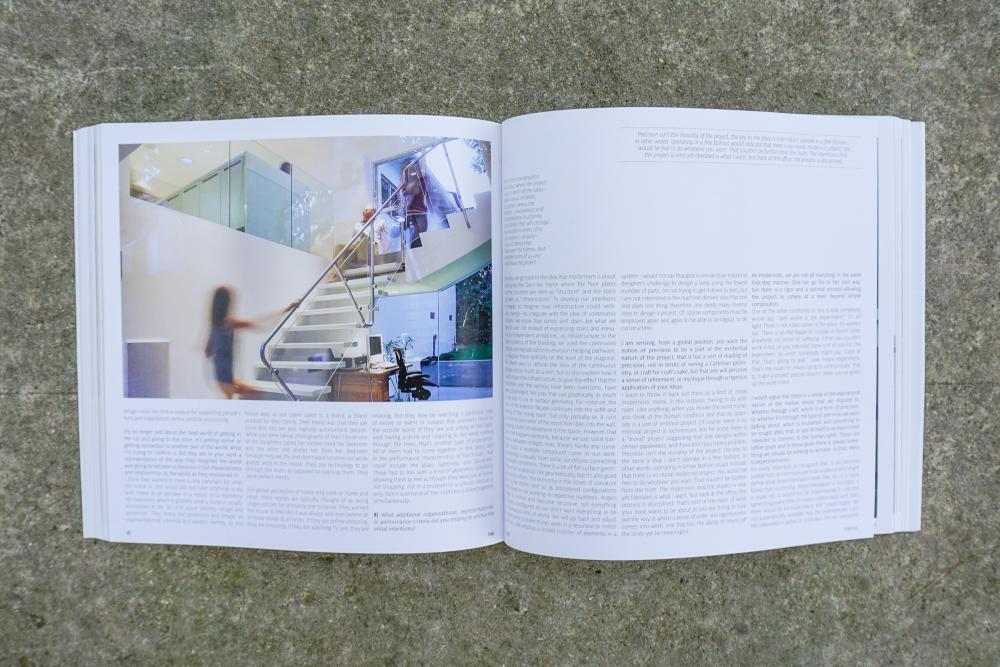 Although it is unlikely that the casual reader, outside of a structured academic context (and it’s easy to imagine Internal on a course syllabus), will treat Diehl’s book as “more of a workbook, allowing one to develop his or her position through direct research of the beliefs and positions of others,” a great deal of value and interest is generated from the comparative nature of the questions presented, and the diversity of answers offered by the architects. The book enters into a lineage of Socratic exchanges as a form for architectural knowledge, centering dialogue over authorial display. The contrapuntal juxtaposition of parallel conversations produces a qualitatively different result than those focused on a single architect or project.

Consider the author’s first formal interview question: “What value, potential, or use do you see in order?”

In response, Brian MacKay-Lyons proffers his thoughts on order in relation to the notion of disorder (what we call “disorder” generally describing an order that is yet to be understood) and calls on the architect to “Create buildings that are didactic, that explain themselves, that explain the role of order in providing intellectual and psychological comfort.” John Patkau presents the idea that the ordering system of any project is discovered through the design process, rather than something preemptively applied. And Neil Denari talks about how order “can come out of the logic of geometry and the logic of how it is used in relation to the architectural discourse and the cultural discourse.” 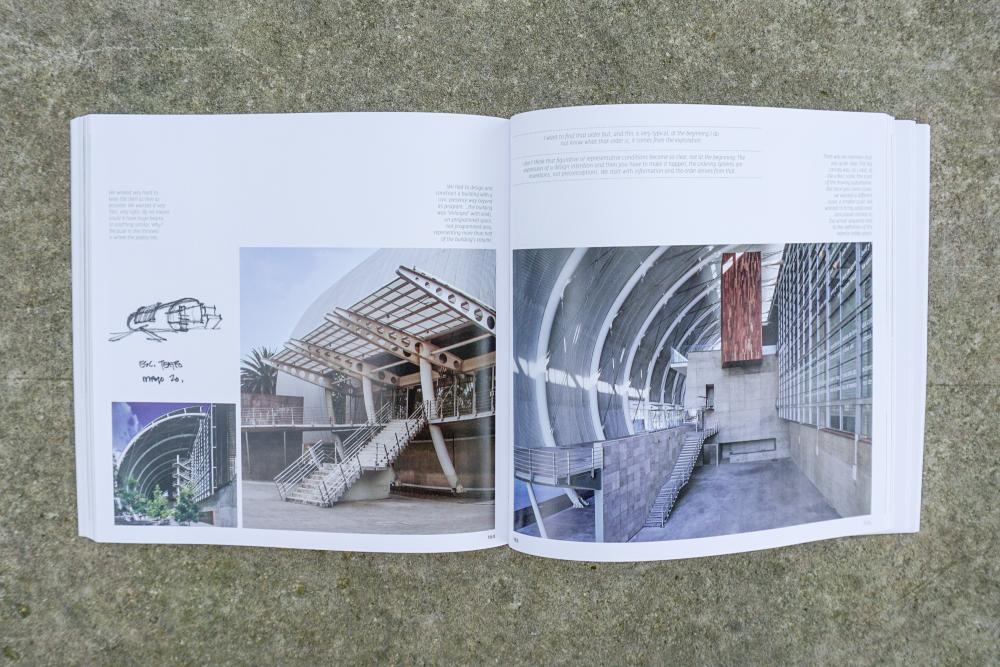 Or to the tenth question: “How do you add additional depth to your initial (global) intentions?” Tod Williams (referencing Louis Kahn’s ideas on beauty) indicates that “depth” is a quality that arises in a project given time and attention, while Enrique Norten interprets and discusses “global intentions” with references to his work’s conscious intention of engaging with the larger international discourse.

Whether these structured musings, taken together, actually constitute a usable handbook of design strategy is perhaps less important than the flights of imagination these collective conversations encourage. The strongest architectural writing is, at best, an echo of the work it describes—even as Diehl and the participating architects try, gamely, to put the work into words, the music behind the language shines through.

In both size and intent, Internal seems to occupy a middle-ground between textbook and coffee table book. Though generously illustrated with drawings and photos from the interviewees’ subject projects, Diehl’s thirty years as Assistant Professor at the University of Houston Gerald D. Hines College of Architecture and Design evince a distinct pedagogical intention. In a section explaining his methodology and another on “how to use this book,” helpful orientation is provided at the start of the reading. It’s appreciated, as the exchanges can be dense. Prepared for an audience of architects, the book offers windows into the creative process. Fans of the individual architects interviewed, especially, will find much to chew on with these considered responses to questions that none of us would want to have to answer off the cuff.