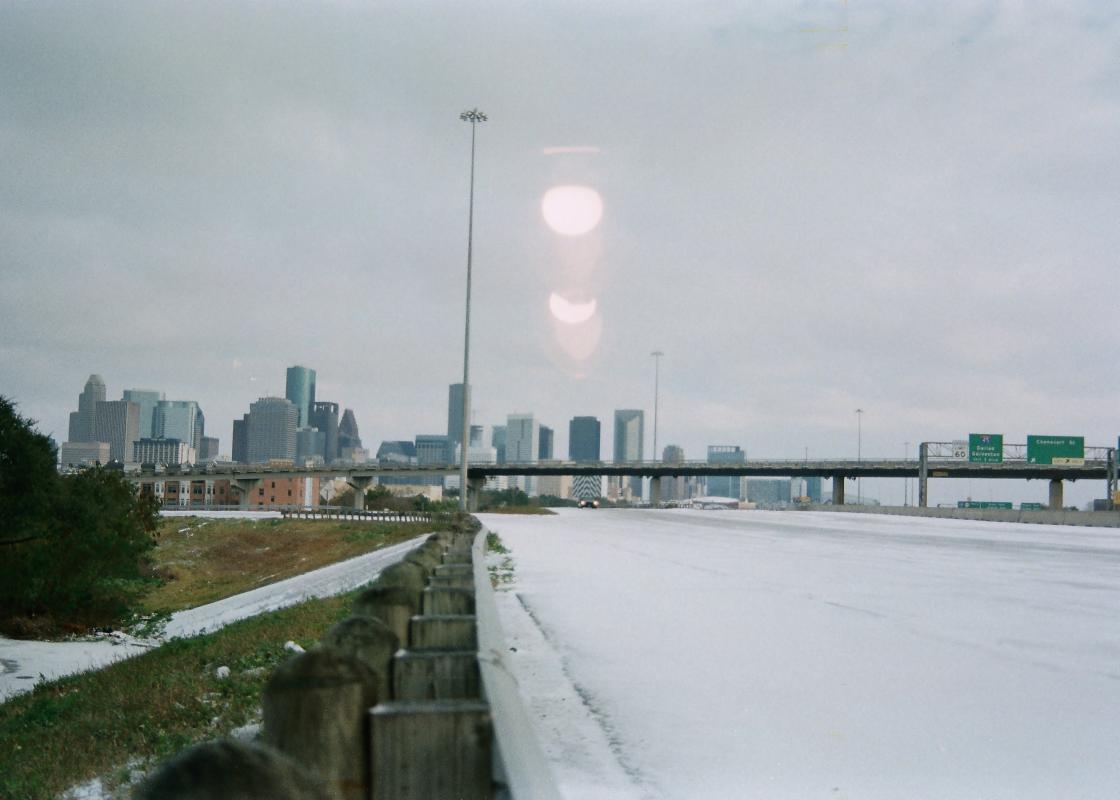 I recently met with some members of the activist group Stop TxDOT I-45 for a Zoom call. Two of them had been to the state capitol in Austin a couple of days prior, where they testified before the House of Representatives regarding the proposed $7.5 billion expansion of I-45 in Houston. 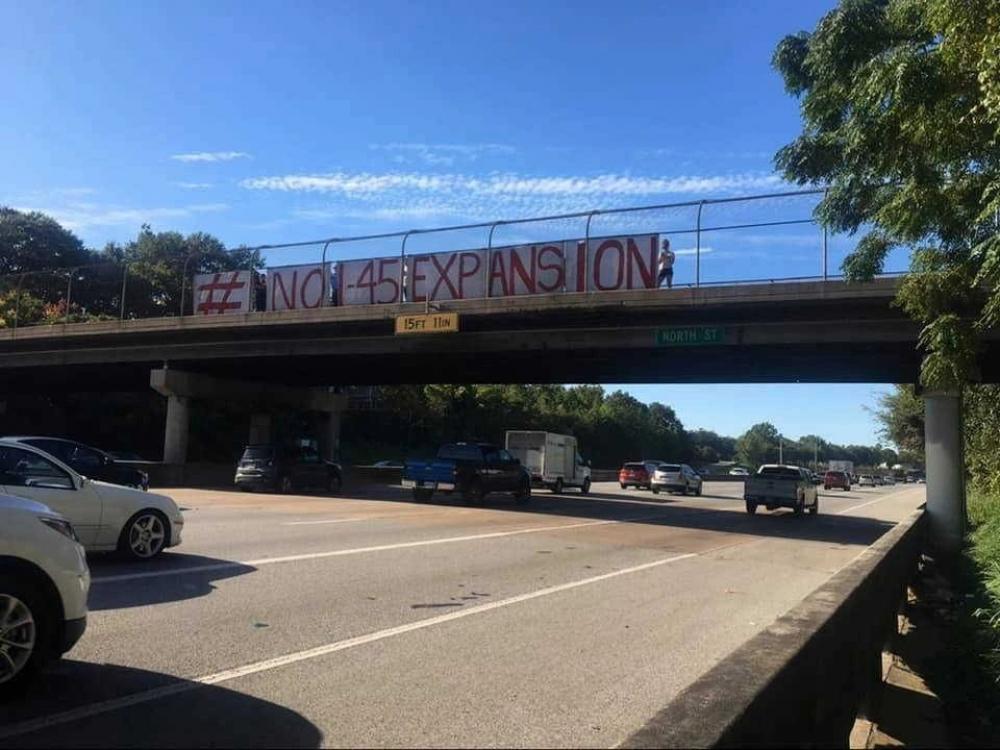 The group’s goal, as its name suggests, is to shut down the expansion, which would add more lanes to the highway between downtown and Beltway 8. In the process, construction would displace Black and brown communities and destroy homes, businesses, and places of worship. The Texas Department of Transportation (TxDOT) can seize land through eminent domain, which seems counterintuitive to the state’s prioritization of property rights for landowners.

Stop TxDOT I-45 argues that the I-45 proposal—known as the North Houston Highway Improvement Project (NHHIP)—is not only deeply harmful to residents and communities but is built on outdated concepts of urban planning and infrastructure.

Stop TxDOT I-45, a grassroots coalition of activists, artists, and affected community members, has changed over time. They explained to me that while the group originally began in 2019 as an attempt to mitigate the worst effects of what they then understood to be an inevitable expansion, they shifted opposing the NHHIP entirely following a lecture given by Jeff Speck at Rice University’s Kinder Institute of Urban Research. Speck, an urban planner, is an advocate for walkable cities, and in his talk he argued that the proposal is truly a catastrophe of misguided planning, one that will destroy neighborhoods, worsen flooding, damage ecosystems, and generally ossify Houston’s diehard commitment to unsustainable car-centric transportation models. Houston, after all, is a “car town”—to which its beleaguered cyclists and pedestrians can certainly attest—replete with discontinuous bike lanes and craggy sidewalks.

At the state capitol, Stop TxDOT I-45 members spoke in support of three bills. HB 4515, which would have made more community involvement possible in projects like NHHIP, came one vote shy of passing.  Both HB 4520, which called for more equitable representation in the House Committee on Transportation and HJR 109, authorizing TxDOT to spend more money on non-automotive transportation, didn’t even make it to vote. 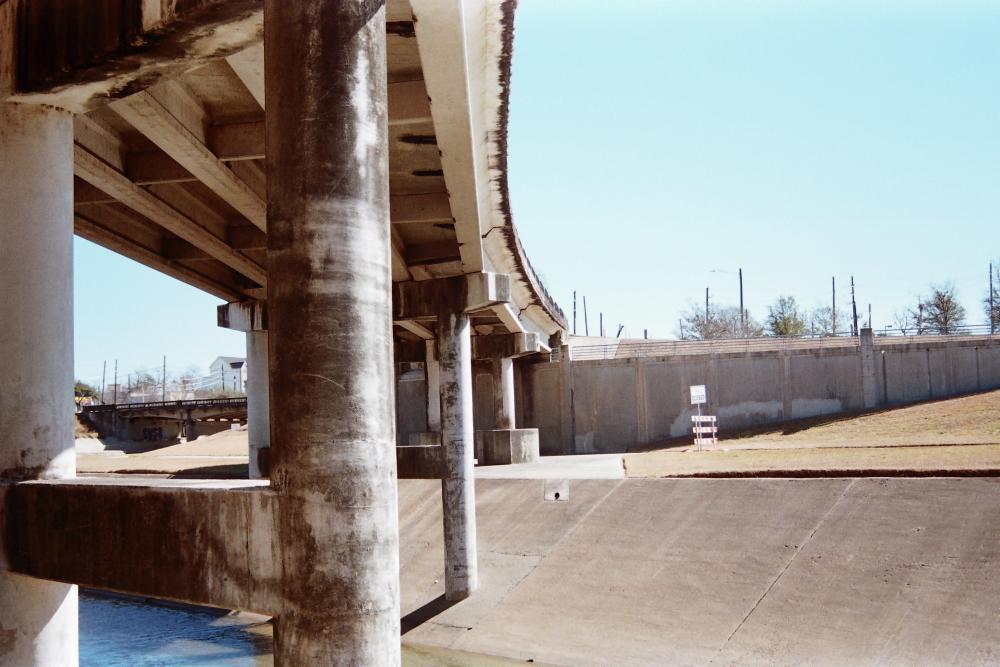 Although Stop TxDOT I-45 and allies face an unsympathetic legislature, there have been auspicious developments: the Federal Highway Administration recently asked for work to be halted on the project, citing civil rights concerns under Title VI of the Civil Rights Act of 1964. According to the activists I spoke with, though, TxDOT doesn’t seem to have listened, as it continues with its development, in a demonstration of its worryingly unchecked power. More promisingly, a series of Title VI lawsuits have been filed against the department, which will begin pre-trial in July. Stop TxDOT I-45 activists insist that whatever developments are coming, they’re in it “for the long haul”—if the expansion goes through, they will return to a program of mitigation.

It’s remarkable that their case even needs to be made in 2021, as abundant research has concluded that highway expansions don’t even reduce congestion over time. Stop TxDOT I-45 points to studies describing the phenomenon of “induced demand,” in which the number of motorists and their vehicles increases to meet the newly available space.

The good guys and bad guys are familiar in this fight. Stop TxDOT I-45 defends the value of neighborhood-centric planning an entire half-century after the famous clashes between Jane Jacobs and highway-worshipper Robert Moses, now routinely called a “despot.” We know better today—or, at least, we know that mass transit options must be advanced alongside any roadway improvements.

This battle indicates that our state’s near-religious faith in the supremacy of the highway continues to override good-faith discourse about infrastructure. The supposed merits of higher car capacity, higher average speeds, and connectivity are rationalizations for a modernist fantasy, one which continually reproduces itself like a sentient AI in the arteries of power and capital, in the name of efficiency. At stake is the ongoing conflict about what cities look like and how we can move through them. This highway cult, perpetuated not just by TxDOT but by citizens who affirm its logic, converts townscapes and cityscapes alike into homogenous grey walls, overpasses, and interchanges. Perhaps sooner than we think, people will look back on the ribbons of concrete threaded through our cities and see them as monuments to the internal combustion engine, and to the geopolitical order that ensures it has endless affordable gas to burn. 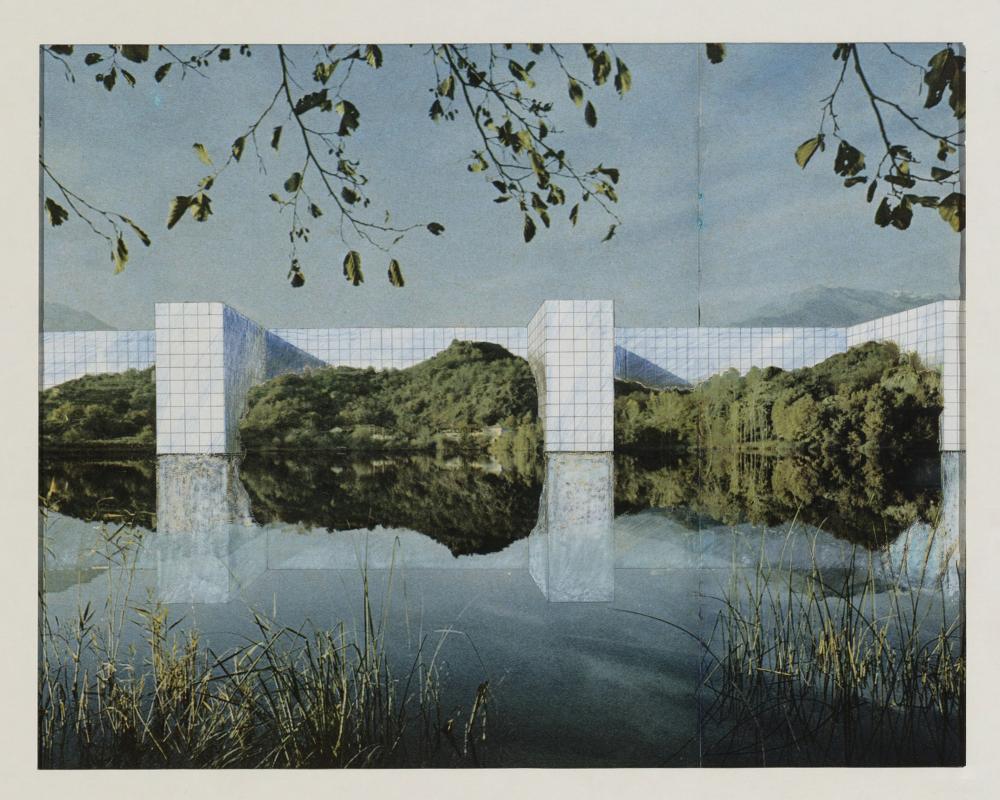 These monuments would bear uncanny resemblance to the eccentric work of Italian radical architecture firm Superstudio. Infrastructure may traditionally play the role of the humble support for architecture, but Superstudio anticipated our contemporary moment in which the line between the two is not always so clear. Rather than designing actual buildings, Superstudio utilized the medium of architecture to comment upon, deconstruct, and perhaps above all, parody the modernist utopias of planners like Robert Moses. This is clear in their speculative renderings of Continuous Monument (1969-70), a colossal megastructure meant to encircle the globe, asserting order through its gridded, reflective form—but towards an unclear purpose. Through its comically extreme hubris, Continuous Monument ridiculed the “demiurgic inclination of an architecture confident it could solve every problem in the world,” as Gian Piero Frassinelli wrote in Superstudio: Life Without Objects, published in 2002.

That purpose would become refined in the later speculative project Supersurface (1972), an elaboration of the theme of the “continuous” megastructure, one meant to satisfy all human needs and to both improve upon and violently replace nature. Its satirical hyper-ambition clearly echoes the speculative images of Paul Rudolph’s Lower Manhattan Expressway, produced in 1967 for Robert Moses before the project was stopped. Highways and the commercial ecosystems emerging alongside them—chain stores, gas stations, billboards—are perhaps the closest realization of the Superstudio fantasy, concrete arteries rupturing the “urban tissue” through which they pass—always fated to be clogged with yet more automobile traffic. 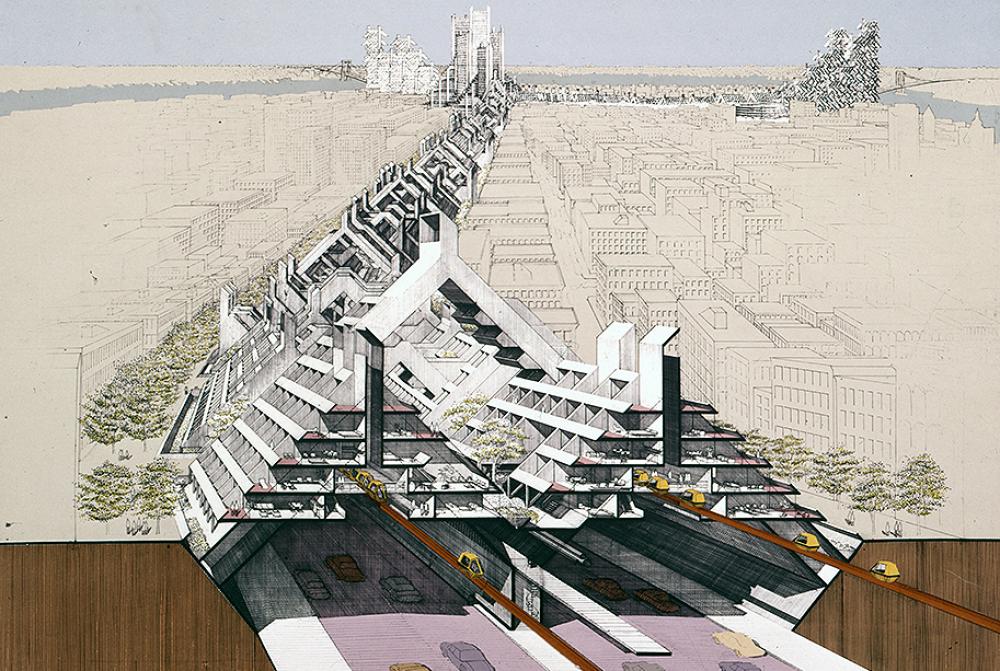 The I-45 expansion, as I see it, practices the megastructural impulse untethered from its foundational utopianism. Instead, it’s a modernist and colonialist ideology, a rogue automaton of outdated transit policy. TxDOT is virally copy-pasting its Cartesian solution ad infinitum across the state. It places the desires of suburban residents and its own departmental administrators ahead of the people who are “in the way.” A critical perspective of TxDOT’s NHHIP plan reveals how the agency’s highway planning relies on multiple kinds of violence—environmental, racialized, economic, even aesthetic.

As Stop TxDOT I-45 gains strength through making connections with groups in other cities throughout the state and nationwide, policymakers and highway enthusiasts may find the corridors of their impoverished imaginations obstructed more and more often. Perhaps they can try taking the bus.

Sam Stoeltje is a PhD candidate in the Department of English Literature at Rice University. They have written for Hypocrite Reader, La Voz de Esperanza, and Speculative Arts Research. They blog at www.paracultures.com.