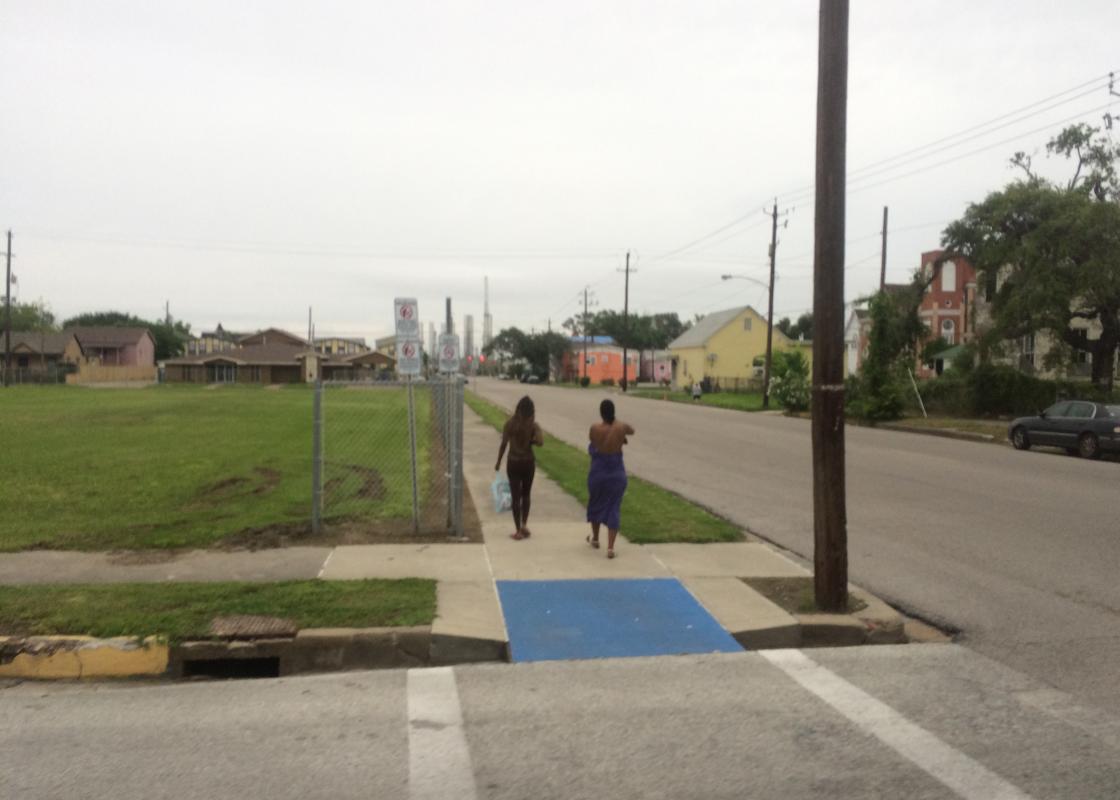 Houston to Galveston by Bus: An Adventure Across Transit Systems that Overlap Without Touching

I reached the sea without getting in a car. Over the course of my journey, which began at Rice University and ended at Stewart Beach, I took one light rail train, four buses, and walked about three miles. Every three or four minutes, I took a photograph with my phone and I compiled a video embedded below.

If the various local and federal pots of money that paid for the two major legs of the trip had been used in a coordinated manner, as part of a regional system, the $7.50 trip would have taken about an hours and a half instead of four.

A few Houstonians remember a time when an electric rail line ran to the island. Occasional attempts have been made to revive train service to Galveston. Until late 2012, the Kerrville Bus Company ran a bus between the Greyhound Station in Houston and Galveston. Megabus bought Kerrville and operated the Galveston route briefly before cancelling the service. I spoke with representatives of Greyhound and Megabus. Both explained to me that, at this time, their companies have found insufficient passenger volume and demand to support a privately operated service to Galveston.

Now, the only way to get from the island of Galveston to Houston, or from Houston to Galveston, is by private automobile, or by booking private airport and cruise shuttles for about $90 ... unless you go to the lengths that I did.

The Journey
At 3:15 p.m. on April 22, I left Rice University and took the METRORail Red Line to the Downtown Transit Center. Then I waited about five minutes on Pierce Street, in the shadow of the Pierce Elevated section of I-45, for the 246 Bay Area commuter bus and boarded at 3:47 p.m. The full fare is $4.50. Almost all the seats were taken already by well-dressed men who appeared to be on their way home from Downtown jobs. I imagined that all of them work in oil and gas. I found one seat near the back and cracked open a book. The ride to the Bay Area Park and Ride was remarkably swift. We cruised above the gridlock in the HOV lane for most of the way, stopped a couple of times, and arrived in 39 minutes at 4:26 p.m. 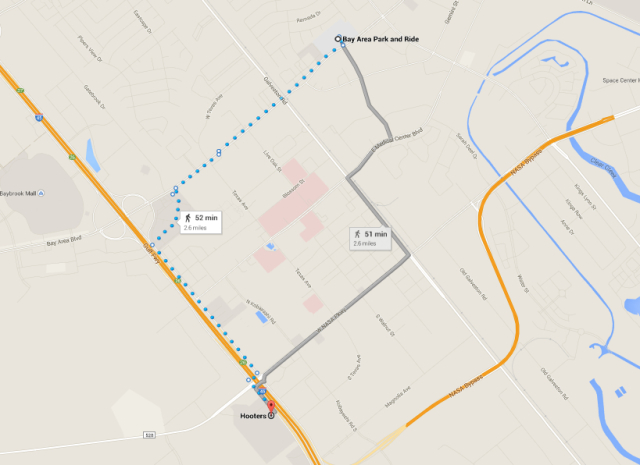 From the Bay Area Park and Ride, I walked two and a half miles over the course of an hour. The route was Feather Craft Lane to East Medical Center Boulevard to N. Koboyashi Road to West Nasa Parkway Road to a shopping center parking lot on the Gulf Freeway feeder. The experience was both relaxing and deeply alienating. Office spaces and medical clinics I walked past don’t line the street — they are sort of sprinkled around expanses of parking and St. Augustine grass. One section was lined by palm trees. I crossed train tracks and pipeline rights of way. For about 10 minutes, another pedestrian walked just behind me to an apartment complex. The sidewalks had inexplicable three- or four-foot gaps in places, which was a nuisance because I was rolling a bag behind me. Other times, alternating sides of the street would have a sidewalk, and I would have to cross back and forth.

The Koboyashi Road sign was a clue that this landscape had been farmed not so long ago. Japanese immigrants were central to establishing the rice farms in Texas. Mitsutaro Kobayashi, I found out later, was a successful truck farmer who raised a variety of vegetables. 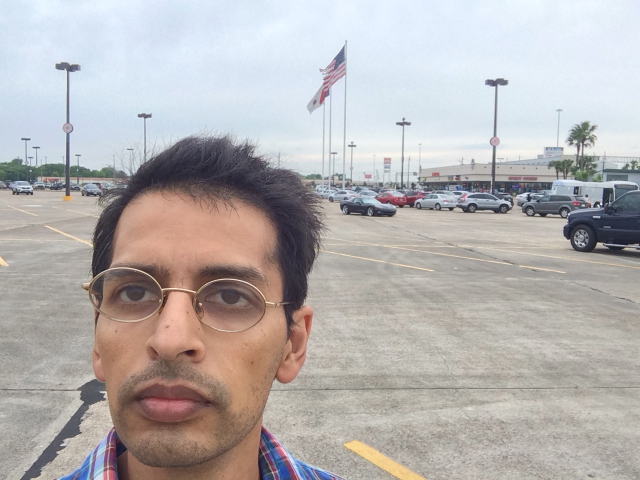 I crossed under the Gulf Freeway and waited, as instructed by an Island Transit representative, behind the Hooters in the shopping center with the Burlington Coat Factory. While taking a selfie, I nearly missed the 5:25 p.m. bus to Galveston. It was waiting to the side of Hooters, not directly behind it. I was the only passenger. I paid by placing $3 into the glass box by the bus driver. I took my computer out but didn’t work much. I love the transition from mainland to marsh. I love the unremarkable bridge over the bay and how the sky opens up. And just after the bus rumbled down to Broadway, I was deposited at 53rd Street, a full three and half miles from the Airbnb host I had booked on First Street. Some of the evening buses returning to Galveston go the full distance to University of Texas Medical Branch (UTMB), but the system serves one-way island-bound travelers in the morning and one-way mainland travelers in the evening.

I started walking, and ultimately two young women chased down a city bus with me, which got me to a transit center, where I transferred to a bus to UTMB, which is a short walk to Stewart Beach. I arrived at 7:16 p.m. The release! I rolled up my pant legs and breathed in the salty dusk. I was hungry, my shoulders ached, and my host was not available to check me in, but I was happy.

That said, my four-hour journey could have been about an hour and a half if Bay Area Park and Ride connected with the Victory Lakes Park and Ride. (Counting the effort to call different transit systems, get instructions, study maps and schedules, and plot my final route, you could double the travel time.) If the two routes were managed as one, we could go back and forth from Houston to Galveston for about $7.50 per ride. Think of the increased access to jobs, art, entertainment, beach, nature. According to 2011 census data, more than 20,000 people work in Galveston but live off the island and 10,000 live on the island but work off of it. According to the Galveston Park Board, 6 million tourists visit the island annually, a figure that is astounding, even if it is inflated, for a place with no connecting bus service to the metropolitan core. 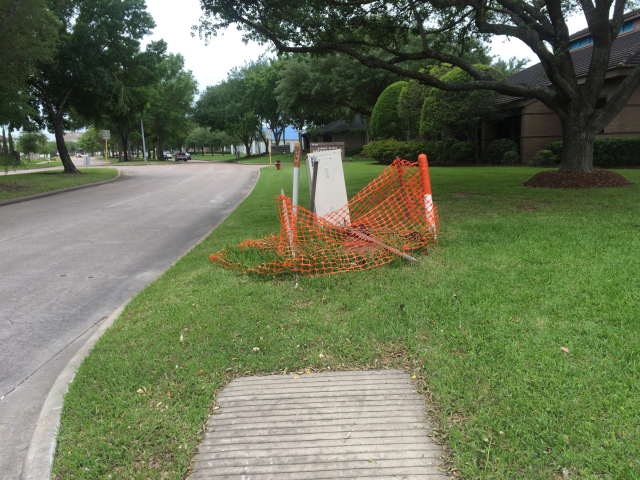 What would it take to create a connected, if not unified, bus line between Houston and Galveston?

If you don’t like navigating an alphabet soup of government acronyms, you can skip this paragraph, but just know that regional collaboration is complex. The Victory Lakes Park and Ride service began in May 2012. “There are 10 different sources of funding that are going into this project,” says Barry Goodman, a transportation planner quoted in this report from Guidry News. (I first learned of the two overlapping bus lines from Jim Guidry.) The Bay Area Citizen reported reported that “federal stimulus money funded the largest part of the more than $5 million start-up and operating costs.” Federal funds for the line include a Congestion and Air Quality (CMAQ) Improvement Program grant administered by the Houston-Galveston Area Council (H-GAC). 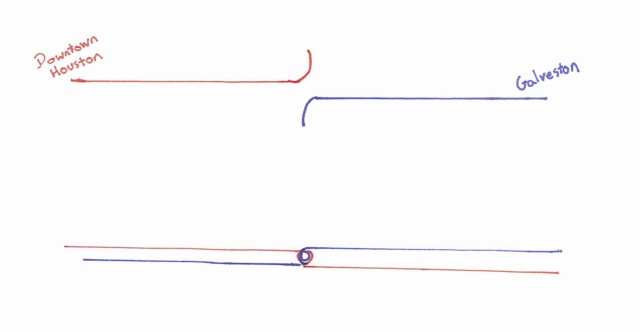 Most of the typical arguments against the feasibility of regional transit do not apply here.

The challenge is not geographic. The Victory Lakes Park and Ride that serves Galveston reaches the absolute edge of Houston. The METRO bus goes south of the northernmost reach of Island Transit. The “gap” is really an overlap. The lines are two outstretched hands in the position to shake, yet they are left hanging. Both routes use the Gulf Freeway.

The challenge is not a lack of demand. Both commuter bus routes are successful. Because of high demand, new buses were recently added to the Victory Lakes Park and Ride, which was renamed renamed League City Park and Ride. Look at this headline: "Galveston Commuter Bus Service Sees Huge Demand." Likewise, the 3:47 p.m. bus I took from Downtown to the Bay Area was packed. The fleet of buses cycle through their routes. These buses must return to their respective starting points, and when they do the seats are empty, which is wasted capacity, which is wasted tax money. Commuters to Downtown Houston do not abruptly disappear at the border of Houston and Webster. Commuters to Galveston live beyond League City as well. In other words, if the routes connected, the buses would carry passengers in both directions. 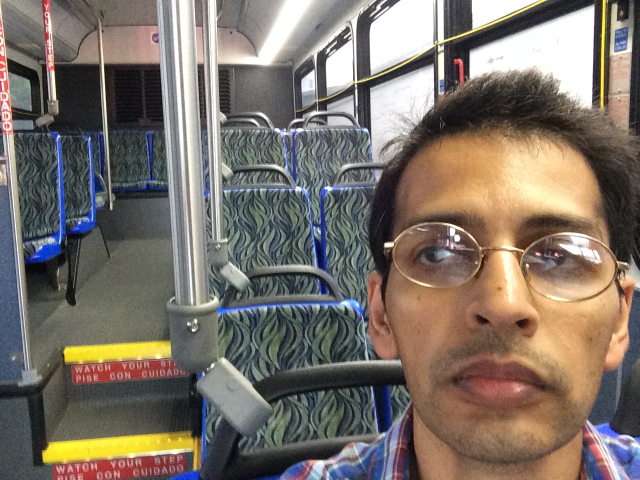 Victory Lakes Park and Ride is full in one direction, empty in the other.

The challenge is not the cost. The overlapping routes already exist. The dollars are already being spent, though from different pots.

The problem is not political in the sense that the will to meet demand crosses party lines and is consistent across the region. Participants in the 2015 Kinder Institute Houston Area Survey identified traffic as the biggest problem facing people in the Houston area today and transit as the best long-term solution. The recent reconciliation between the the METRO board and Republican Congressman Culberson identified $300 million in federal funds over three years for buses, Park & Ride expansion, and HOV improvements as an agreed-upon provision.

The challenge, then, is primarily logistical and bureaucratic. Establishing the Victory Lakes Park and Ride involved 10 sources of funding across several municipalities with the Gulf Coast Center / Connect Transit, Island Transit, and UTMB as key partners. Arriving at an agreement with METRO would add more complications. METRO can operate outside its area and can even operate another entity’s buses through a contractual agreement --- as long as the service outside the METRO area is paid for by the other entity. The challenge is collaboration across multiple bureaucracies. As this 2012 report points out, the Harris County and METRO co-sponsorship of the Baytown Park & Ride has set a precedent for collaboration, though the recent collapse of plans for a Pearland-Texas Medical Center service has exposed the difficulties.

James Hollis, Transportation Director at the Gulf Coast Center / Connect Transit, said in a phone interview, "We attempted to get METRO to the table for the last several years, and we are still trying."

I asked METRO's media representative if a single Houston-Galveston service was ever on the table. And what are the challenges that would need to be overcome to have such a service? Here is the response from METRO:

In 2012 and 2013, there was discussion regarding the possibility of service between Victory Lakes and Bay Area Park-and-Ride lots, but currently there are no plans for that service. The METRO Board has held discussions about prioritizing projects and right now is focused on providing transit in the METRO service area with an immediate concentration on the New Bus Network coming this August. There are a number of challenges to overcome when looking to provide transit outside METRO’s service area, including:

Equipment
What type of equipment would be operated?
Who would pay for the operation?
Who would the equipment belong to?

It is true that METRO has kept itself busy in recent years with the opening of three new light rail lines and a thorough overhaul of city buses. That work is mostly done, and the agreement with Representative Culberson shifts METRO's focus on the region. Since 2012 and 2013, when the discussion for a joint service failed, the region has lost private Houston-Galveston bus service, giving new urgency to revisiting these difficult but ultimately resolvable challenges. The completion of the METRO's El Dorado Park and Ride --- a site off I-45 very close to the Hooters stop for the Galveston-bound bus --- is a great opportunity to connect the two transit systems. 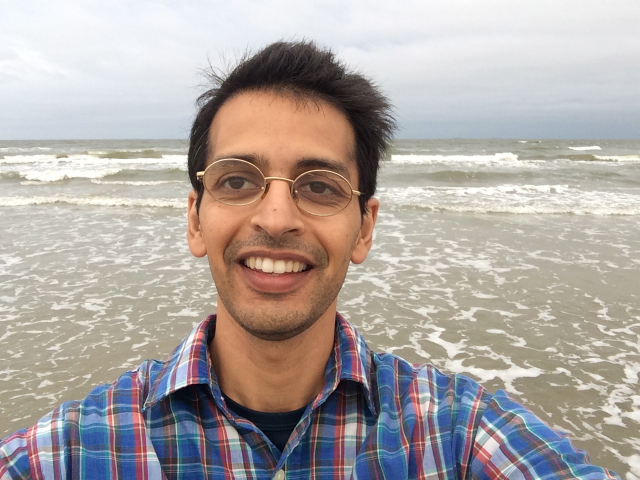 The Houston-Galveston route is only one among many that would meet demand and relieve traffic congestion. The beach makes it an especially charismatic starting point for establishing a stronger regional transit plan.

I packed a bathing suit. I frolicked with waves. But the reason for my trip was work. I gave a talk on walkability for the conference of the American Society for Landscape Architecture, Texas Chapter. My Airbnb host lent me a bicycle and I rode down the seawall to the convention center. Getting back to Houston took me a little less time because I picked up the first leg from UTMB and I didn’t take any selfies along the way. All in all, I enjoyed a nearly car-free business trip. The case for a Houston-Galveston commuter bus is chiefly about jobs but it helps that at one end of the trip is a giant free swimming hole. 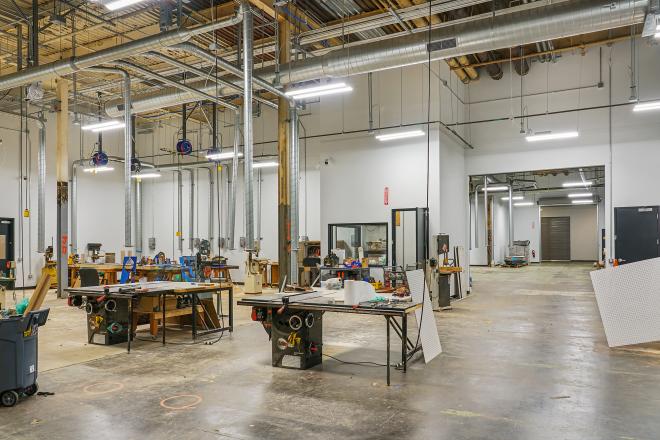