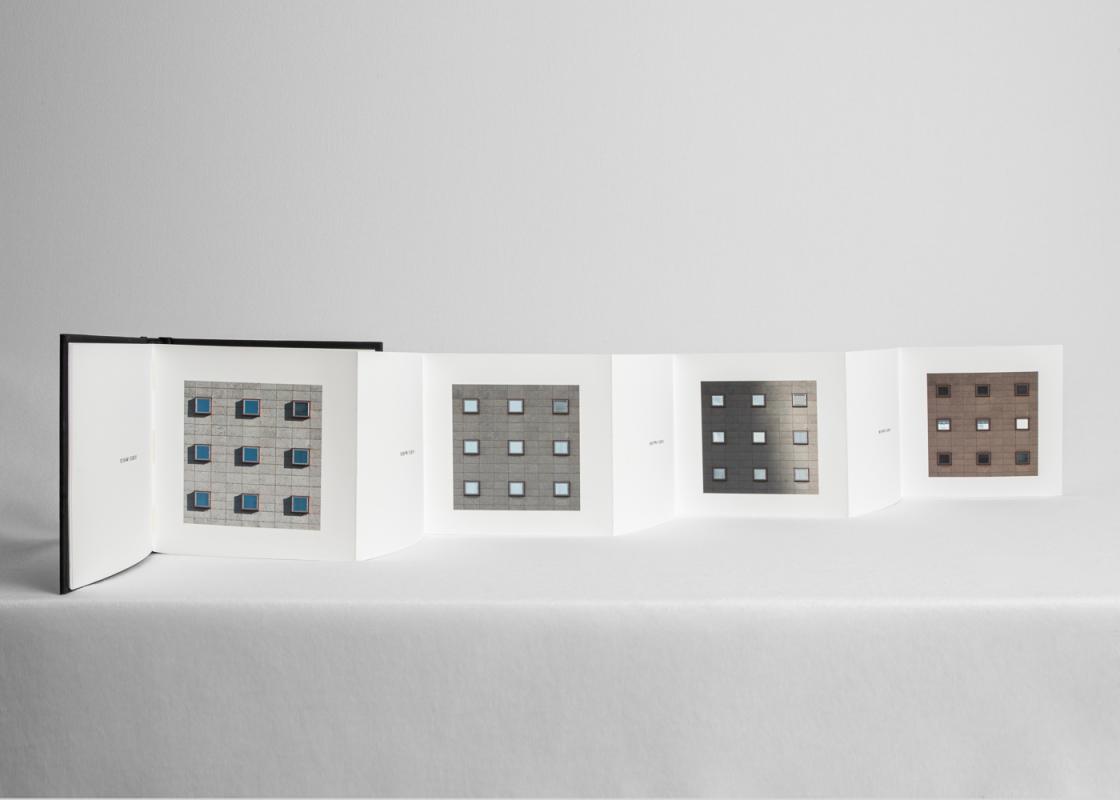 Use the slideshow to view Fleming's photographs as animations.

Houston’s light is continuously changing. From the overcast skies of January to the harsh August sun, light provides shape and form to the city. Seemingly moving almost imperceptibly, light continually influences our experiences with the built environment.

To better understand how form is revealed through light, I documented a series of buildings in downtown Houston. These buildings promote strong local and regional identity, but more importantly they are made specific to place with their dialogue with light. Each composition focuses on an abstracted example of a familiar architectural element: window, frame, wall, etc. The architectural moment is documented and understood through the fragment. In this series, the buildings is photographed at four different times throughout the day (morning, noon, evening, and night) to image how their surfaces change.

Inspired by Claude Monet’s Rouen Cathedral series (1893), Andy Warhol’s 16mm film Empire (1964), and Ed Ruscha’s Every Building on the Sunset Strip (1966), Fragments documents the transformation of Houston’s changing light. It offers a way to see light’s effects on the form and the perception of the buildings that shape the identity of Houston.

Sean Fleming is a photographer based in Houston. He holds a Master of Arts in Architectural Studies from the Gerald D. Hines College of Architecture and Design at the University of Houston.