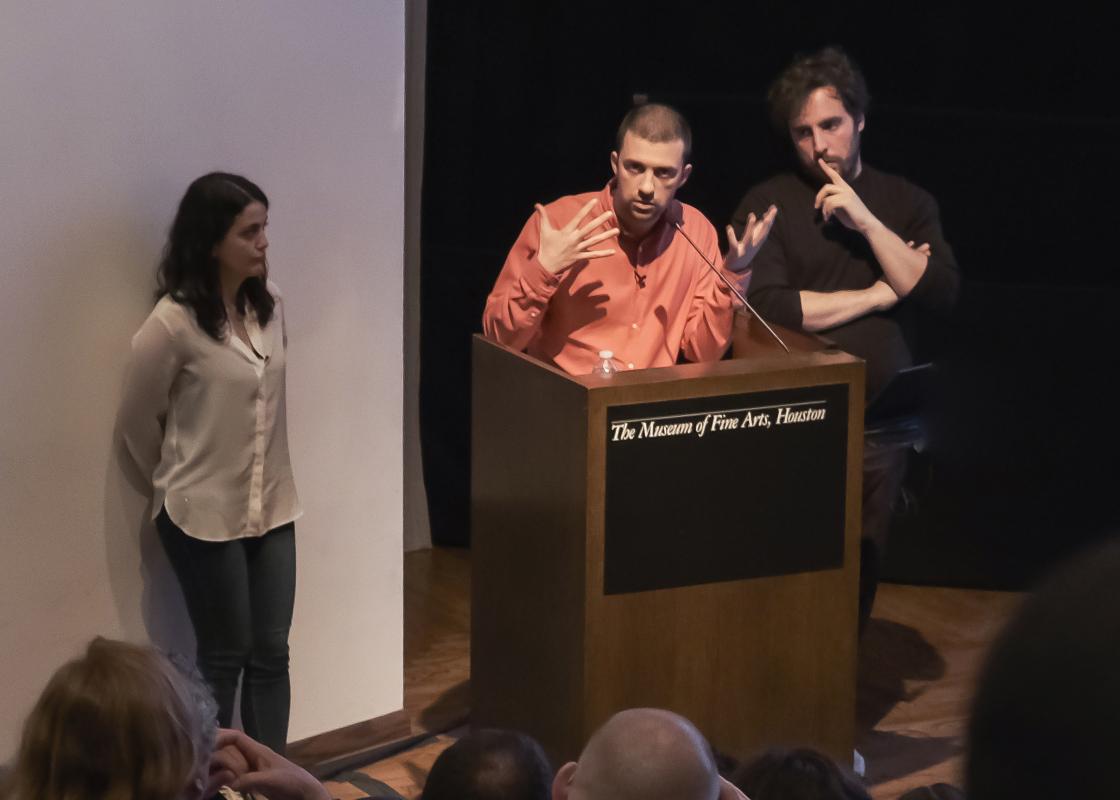 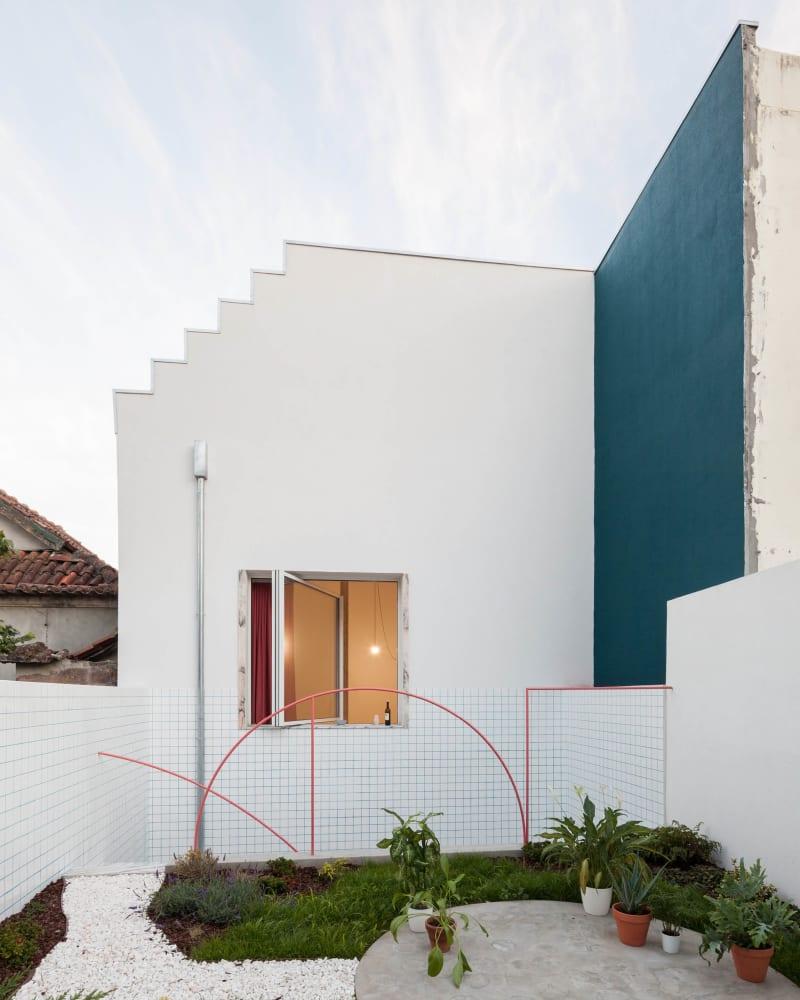 Earlier this year, fala atelier visited Houston to receive RDA’s 2020 Spotlight Award. The prize supports and recognizes the work of exceptionally gifted architects in the early stages of their careers. fala is a young firm from Porto, Portugal, that brings a playful energy and set of global perspectives to their work. Their designs flirt with grids and introduce strange characters, while the facades of their buildings are marked with faces, freckles, and crowns. They are deeply aware of architectural history and work in response to it, but also operate an undoubtedly contemporary practice.

fala is led by co-founders Filipe Magalhães, Ana Luisa Soares, and Ahmed Belkhodja. At first, the office sought work in Swiss competitions but struggled to get commissioned work and sustain an office. The eventual decision to work in Porto—where two of the partners grew up—was, in fact, critical to the office’s success. Economic conditions in Portugal in the early 2000s and even after 2008 attracted private investment, turning the country’s crumbling buildings into instruments of financial speculation. For fala, this strategically corresponded to the moment in which they were launching their office, and they saw it as an opportunity to make architecture.

fala has realized many residential projects and was recently the subject of a 2g monograph. Their Spotlight lecture in Houston at the MFAH was titled “Gloriously Repeating.” The curious phrase describes the repetitive project briefs the office receives and the repetition of images used in their non-linear storytelling. It is also the title of a separate text written by the office. The firm’s informal visualizations—and the casual domestic interiors portrayed in them—support fala’s self-proclaimed identity as a “naïve” practice. For fala, naïveté is a tool that enables them to experiment and take risks; they wrote about this in a recent issue of PLAT, Rice Architecture’s student journal. 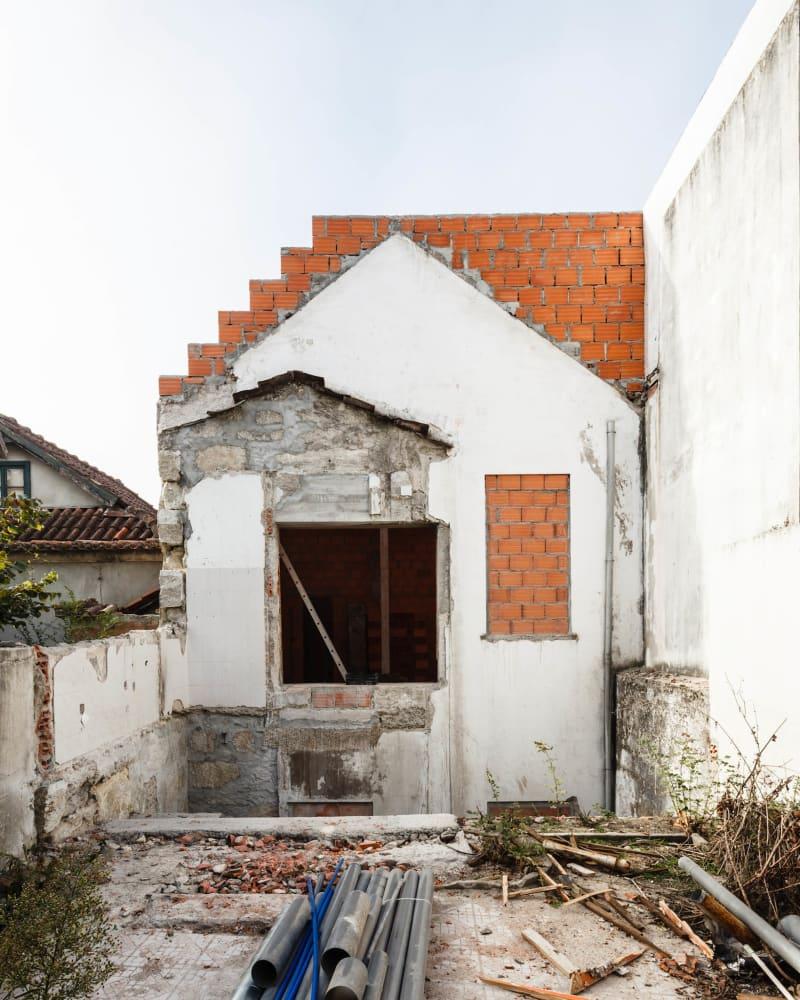 There is a notable circularity between drawing, image, and photograph in fala’s work. The immediate effect is that of flatness, which describes both their drawings and three-dimensional works. Floor plans are drawn as abstract figural gestures using a single lineweight, such that a glass wall reads the same as a masonry one. Like naïveté, flatness is a tool that fala uses in their search for conceptual clarity.

fala’s images showcase habitation by using everyday objects and props as stand-ins for an invisible subject. Stylistically, their collages are fun and unpretentious, "as if they were trying to explain their architecture to children,” in their words. It is unlikely that you have visited a fala project in person, but you likely have seen their images in exhibitions or on Instagram, Pinterest, and other platforms. Their aesthetic has been widely co-opted by designers; they have earned a global audience that shares and produces drawings like artworks. A cynical perspective would claim that this return to “basic” collage-making is a reaction against the precision of photorealistic visualization; this view casts fala’s naïveté as inexperience. But fala promotes the construction of the collage for its usefulness. A collage can be made—and changed—quickly and is effective when communicating with inexperienced builders. Lately they concede that they use models, make renderings, and produce drawings just like any other office. This is perhaps a way to distance themselves from the preciousness of these images and to message themselves as “serious” architects who make buildings. This is true, and it seems the office is skilled at translating from drawing to building, but what is more astonishing are the collages’ uncanny resemblance to the photographs of the built work, made nearly exclusively by photographer Ricardo Loureiro.

In fala’s buildings, tectonics aren't that important, and neither is the existing structure, really, which often gets effaced during construction. Instead of material concerns, fala invents a set of rules or systems to which the plan conforms—perhaps a curve, a stepped surface, a corner, or a pattern. Columns are added as architectural devices, not structural ones. Marble is used generously, but notably, in the context of Porto, the material is cheaper than plywood. What might fala do with laminate when asked to build in a North American context? 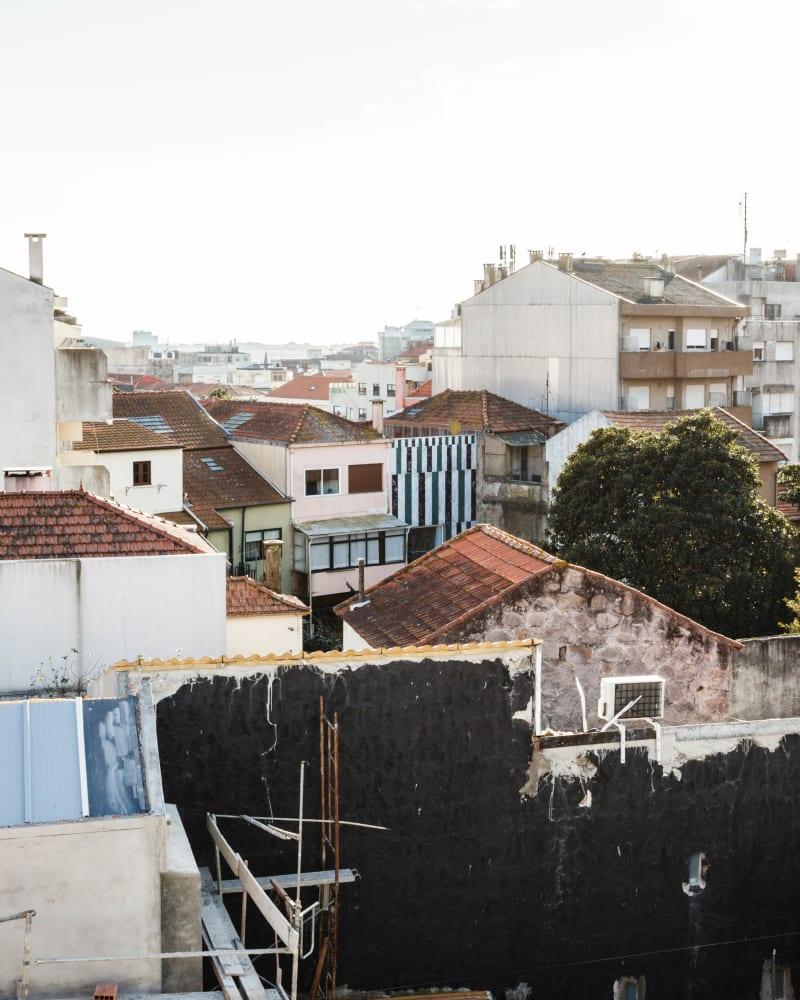 The lecture's conclusion presented fala’s work as a larger whole, with Belkhodja describing their portfolio as many projects with similar demands, or “houses with the same ingredients.” Perhaps as a nod to their time working in Japan and living in a Nakagin capsule prior to founding the office, fala seems to have inherited a Japanese sensibility toward domesticity and consider their projects to be “constructing pieces of a city” as a form of urban acupuncture; they are building the city their Metabolist heroes dreamed about.

Building in Porto after 2000 required a UNESCO-type preservation approach that protects streets and the facades of old buildings facing them but leaves the rear facades open for invention. This satisfies both tourists and developers: Tourists want to wander a historic city, while developers want notable spaces to add Instagrammable value to properties which are often used for short-term housing and advertised online. Despite appearances, fala works with modest budgets to maximum effect. As is typical for speculative development, much of fala’s work is done for an anonymous client.

When fala tells us that “the white from Siza is not the same white from SANAA,” they ask us not to quickly label their work as just defined by its place. By the end of the lecture it was clear that the firm doesn’t see themselves within the continuity of modern Portuguese architecture. As such, we shouldn’t evaluate fala as a “Portuguese office.”

Instead, it might be more accurate to see them as a millennial office—as architects who emerged after the financial crisis in 2008 and needed to leverage their skills in the post-crash economy. They are media-savvy; they know the history but aren’t bound by it; they have a desire to build. When fala acknowledges they're often building for an anonymous client, what they actually mean is that they’re building for themselves. 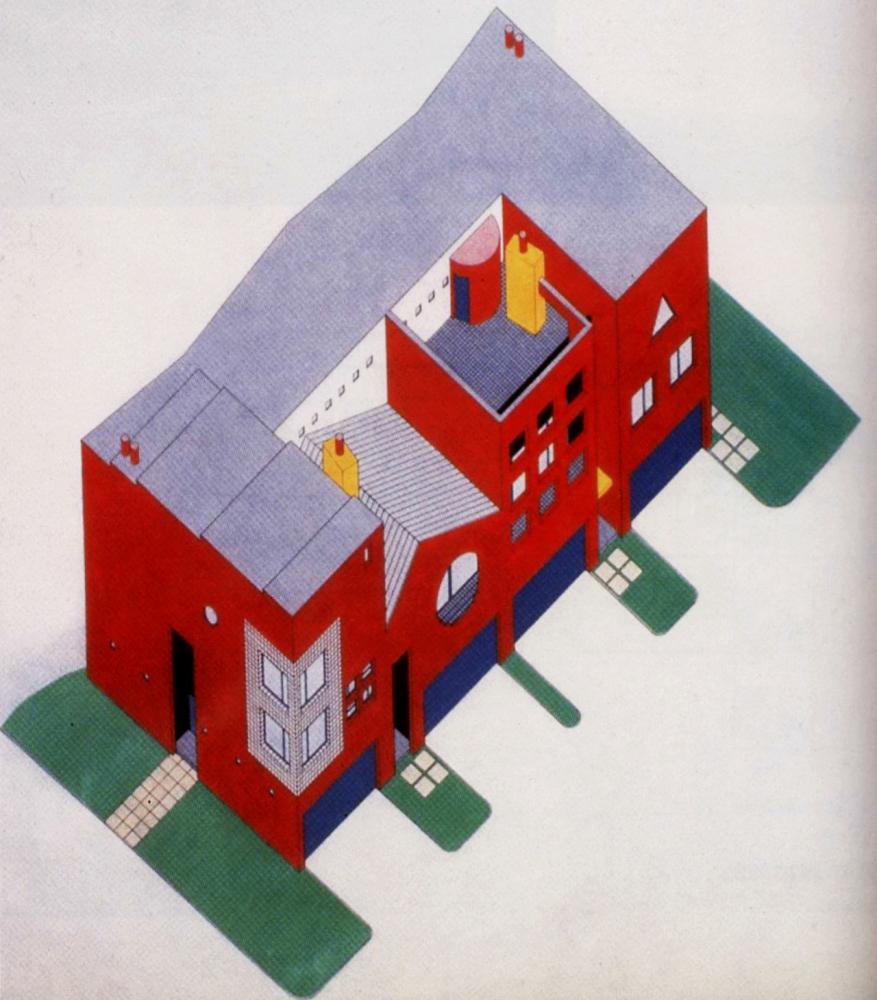 It’s useful to compare fala’s working environment to our own in Houston. Ours is a city that was largely built during the postmodern era, both by modernists in the twilight stage of their careers and a younger vanguard that trafficked in the same flat representational language that fala favors. As Michael Kubo wrote about the city, “at its peak, metropolitan Houston served as a radical testing ground for new ways of understanding the relentless permutations of 20th-century [petro-urbanism] at large.” Led by private developers where the identity of the end user is predicable but unknown, Houston is built on speculative development. Architects are called in to “dress up” an oversized generic box requiring some “visual interest.” This also leaves architectural work at the mercy of the budget, forcing architects to make do with what’s available. In Porto it’s marble, but in Houston it has proven to be metal panel, stucco, and, at a larger scale, curtain wall.

Unlike Porto, Houston’s lack of zoning makes its neighborhoods especially vulnerable to gentrification and development that is closely tied to the oil industry’s boom and bust cycles. Some speculate that the oil industry will never fully recover to pre-pandemic levels and that Houston’s business leaders must embrace alternative energy operations to remain globally competitive. It is unlikely that anyone will want to build another Pennzoil Place or Bank of America Center in the near post-pandemic future.

COVID-19 highlights long-standing inequities in our city and foreshadows a long-term dip in the commercial real estate market. Maybe it will look something like Houston’s “see-through” years in the 1980s. Houston’s future appears tricky, but fala’s practice offers some glimmer of hope, as it is one that was made possible by the global recession in 2008—as were many young firms in North America. fala’s practice evidences that it is possible to adapt to new economic realities and to emerge with pieces of the city—architecture—that are curious and rich in meaning, playful and serious at once. This was a useful message to hear in person in February, and it remains a needed one today as major crises continue to unfold.

Jonathan Wilkinson is a graduate of Rice Architecture and a designer at Kohn Pedersen Fox in New York City.

Watch an interview with fala atelier on the RDA website here. 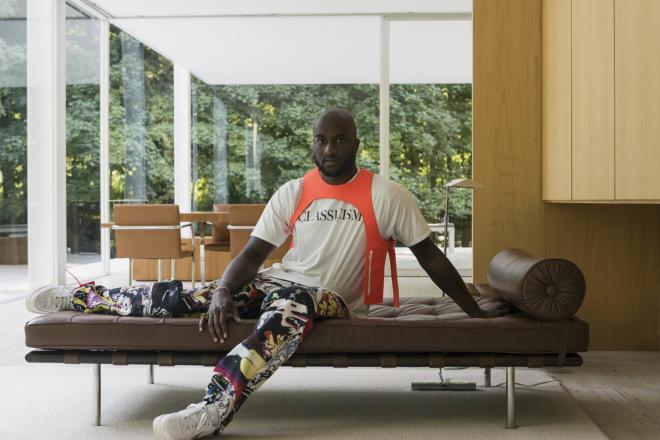