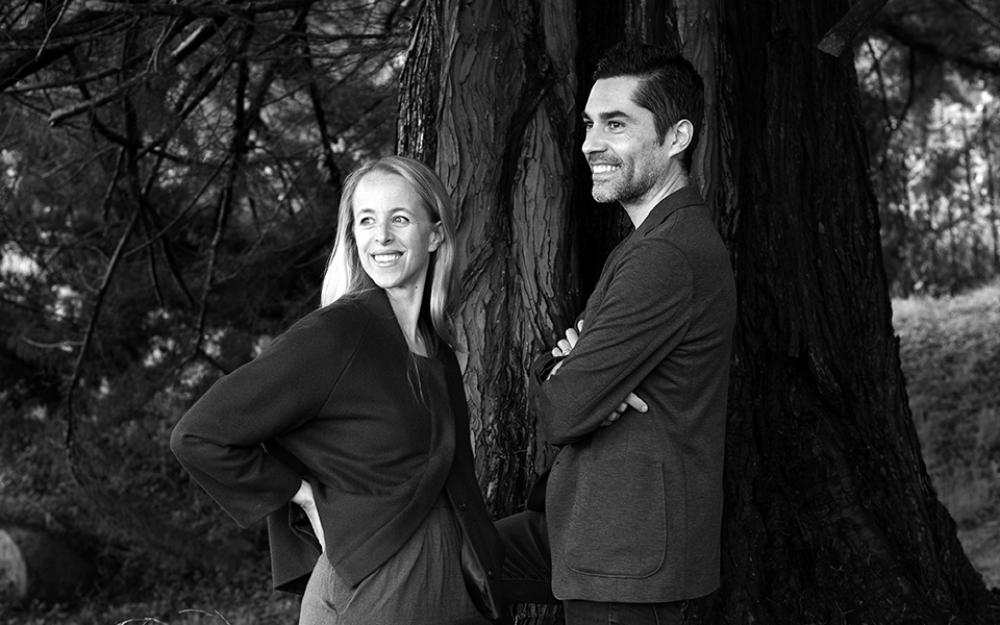 Upon first glance, the office’s work appears intentionally restrained. Pezo and von Ellrichshausen believe an environment composed by neutral elements (a simple square window, for example) allows the individual to look beyond them and appreciate their spatial qualities. This attitude is reflected in the firm’s representation as well: simple models and paintings of organization ideas emphasize the office’s interest in spatial relationships.

Pezo von Ellrichschausen approaches each project with rigor and control, often implementing the repetition of modules in plan or section. Yet, by shifting or opening walls or manipulating thresholds, the projects seem to communicate airiness and ease.

When it comes to material, Pezo and von Ellrichschausen are less rigid, experimenting with materials like concrete, wood, and copper, and often embracing the roughness that comes with building in a region without access to modern building technologies.

The office has been awarded the Mies Crown Hall Americans Prize, the Iberoamerican Architecture Biennial Award and the Chilean Architecture Biennial award. They have been heavily published in monographs like AV, A+U, and 2G. Both Mauricio and Sofia have taught at Cornell University, Harvard University’s Graduate School of Design, the Illinois Institute of Technology in Chicago, and the Universidad Católica in Santiago, Chile.