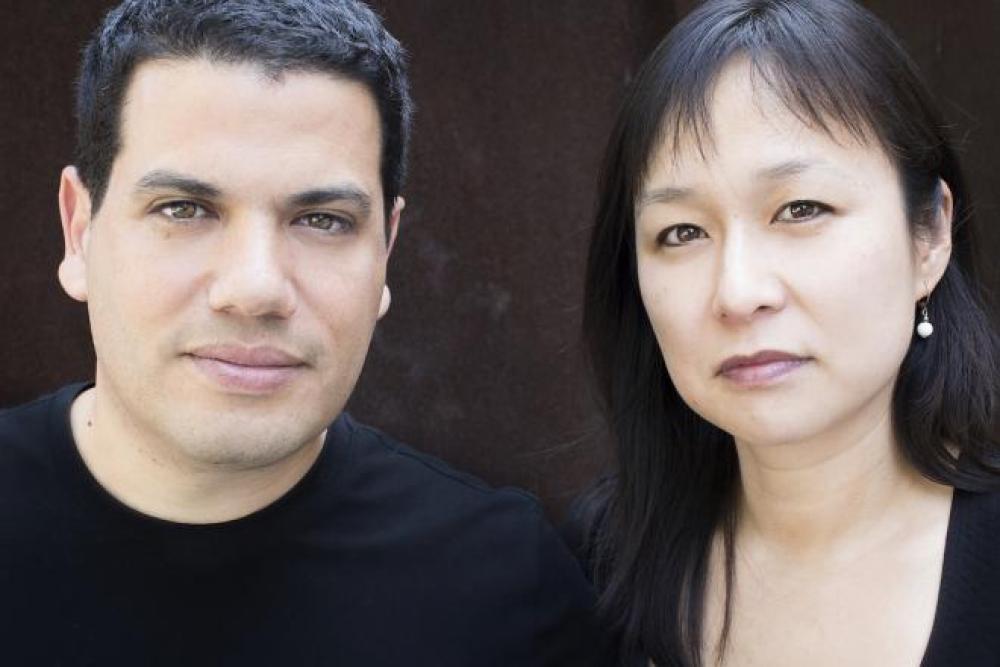 Tarik Oualalou and Linna Choi operate their practice, Oualalou + Choi, out of Paris, France and Casablanca, Morocco, and take on projects all across the globe at a variety of scales.

The partners believe architecture has a material and immaterial dimension; it is both a witness of its time and simultaneously must have a timelessness to it. As a result, the office displays a remarkable sensitivity to the temporal aspect of each project. They have designed projects that have been built and taken down again in two months’ time and have also completed a number of projects that are built to last. The length of each project is carefully considered when deciding on fabrication methods, material, and overall approach to the project.

Oualalou + Choi also emphasizes that in order to make meaningful architecture, architects must engage and create a familiarity with the context. Their architecture often emerges as a continuation of the surrounding landscape, much like with their Volubilia Museum, or becomes an artificial topography evoking a different place and time that has been transported to the building’s site, such as their Moroccan Pavilion for the Milan World Expo.

The office has been honored with many awards internationally and has showcased their work in exhibitions in Paris, Casablanca, London, and Copenhagen.