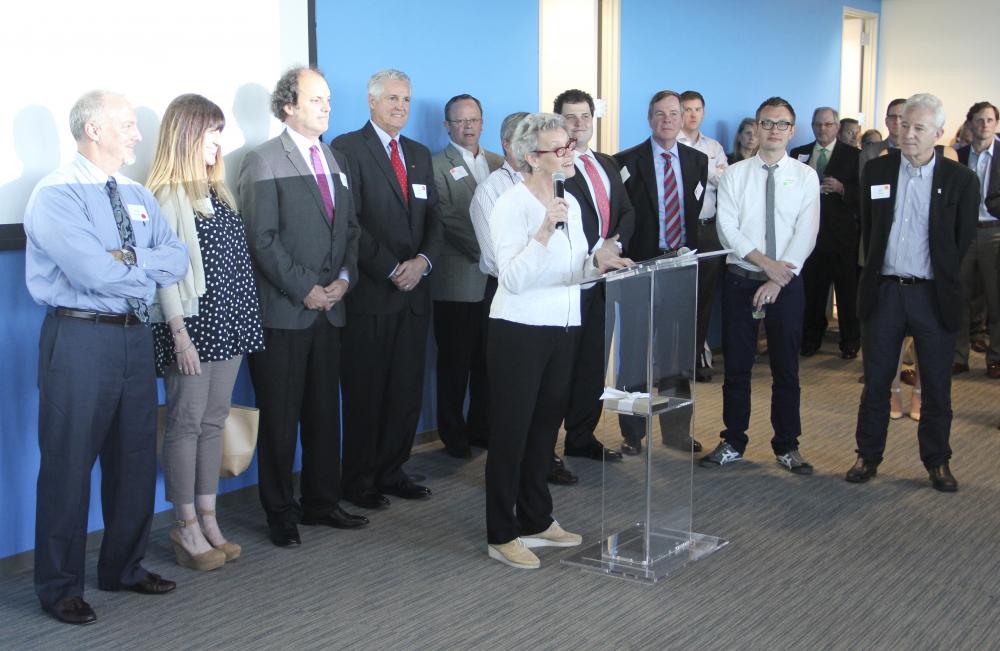 About 200 members of the Rice Design Alliance gathered for the 2015 Annual Membership Meeting and Reception on Wednesday, June 10, at Kirksey-designed LEED Platinum Certified 3009 Post Oak Boulevard in Uptown Houston to elect new directors to the board and introduce officers for 2015-2016. The meeting and reception was hosted by alliantgroup, whose offices at 3009 Post Oak were designed by Ziegler Cooper. During the event, Dhaval Jadav, CEO of alliantgroup, introduced the company and Bob Inaba, Executive Vice President of Kirksey, discussed the building’s architecture.

William Ward Watkin Professor and Dean of the Rice School of Architecture, Sarah Whiting, addressed the crowd before Past President Doug Combes recognized the new directors on the board. They include:

Directors returning for a second three-year term include: