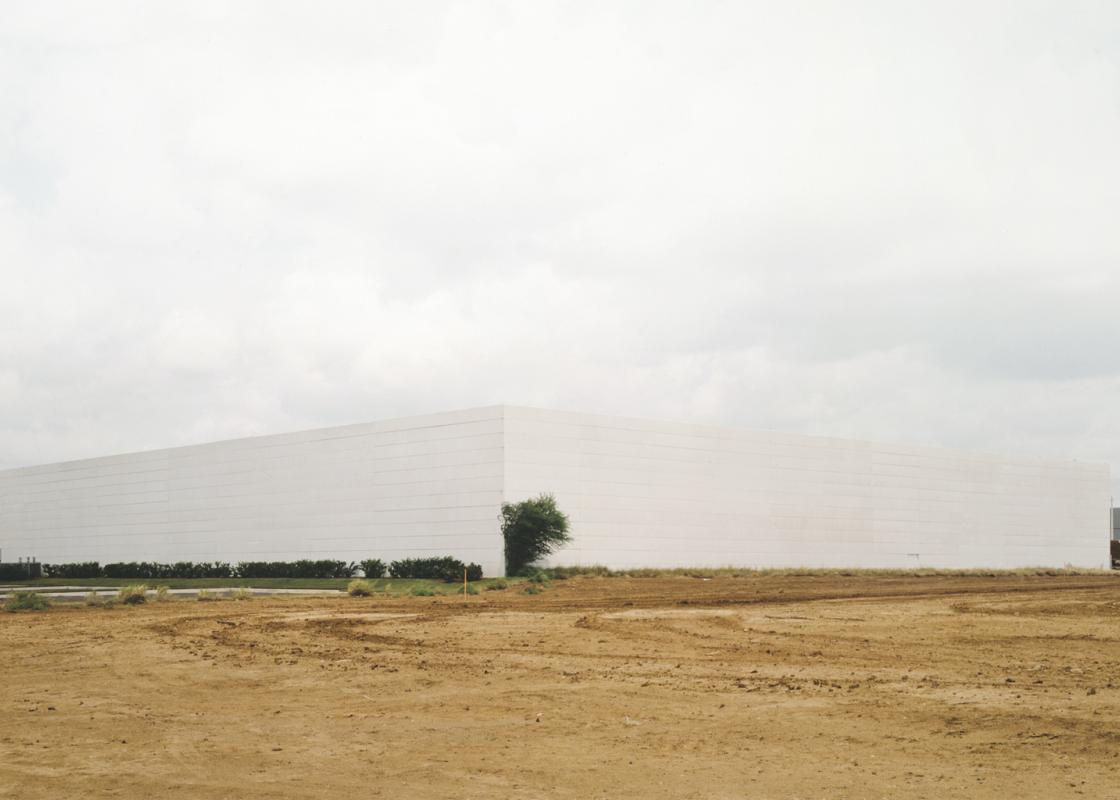 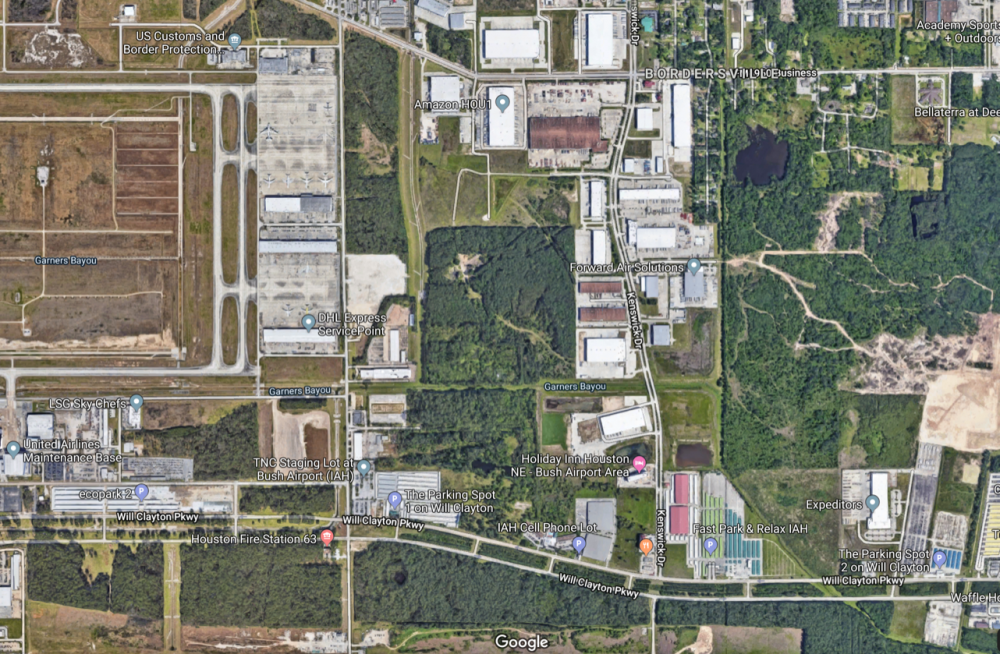 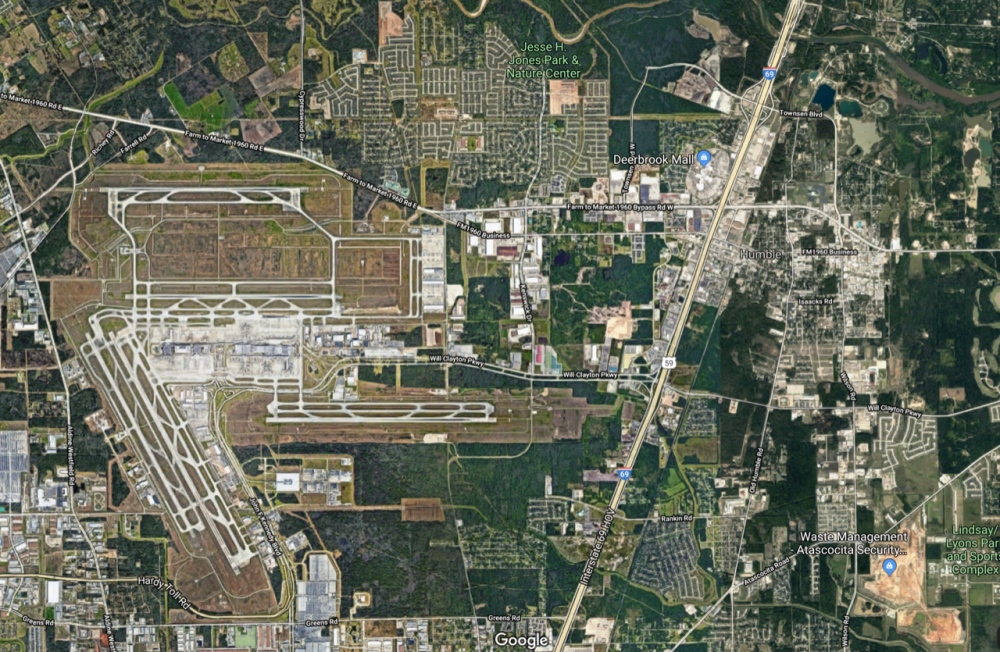 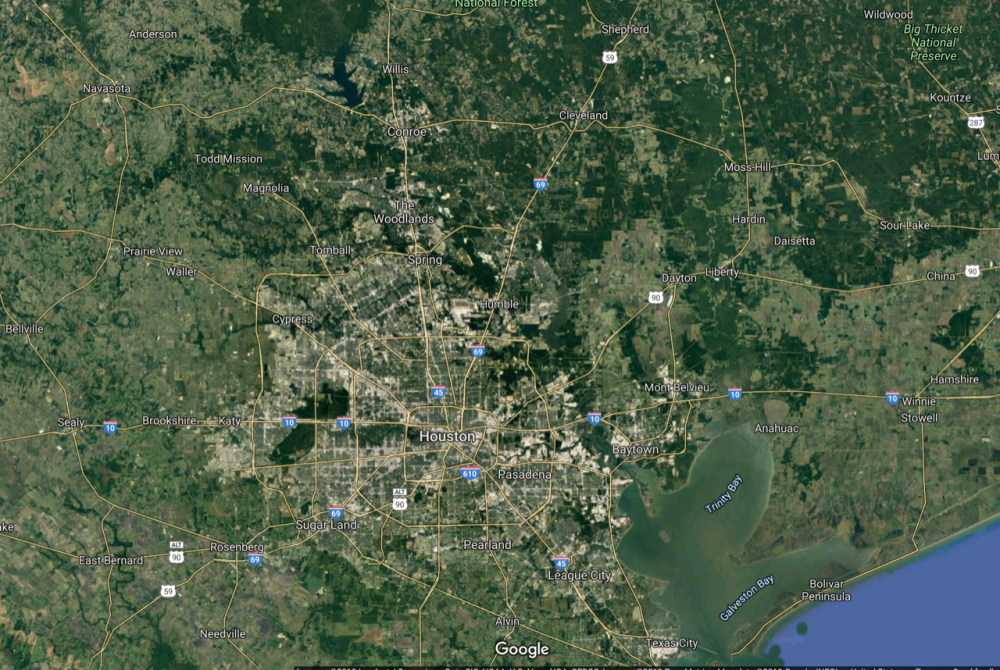 Company Town was a senior architecture studio taught at Rice Architecture during the Fall 2019 semester. The studio worked at an urban scale to re-examine the historical Company Town, a model for housing, labor, and property that is both provocative and problematic. In teams, students designed cooperative housing for 1,000 workers on an undeveloped ninety-acre site adjacent to the IAH International Airport and the Amazon HOU1 Warehouse. By developing worker housing adjacent to the eCommerce facilities of Houston’s outer loop, students proposed an alternative version of the Company Town, cooperatively owned and governed by co-workers rather than an employer or corporate entity.

The Company Town was a phenomenon of the early twentieth century in which a single corporation would build housing, commercial, and community facilities for its employees, providing for all aspects of its employee’s daily lives. Financed by industrial tycoons, these “capitalists with a conscience” used their Company Towns to police worker behavior and lifestyles, creating isolated communities marked by class paternalism, monopoly economics, and hostility to labor organizing. 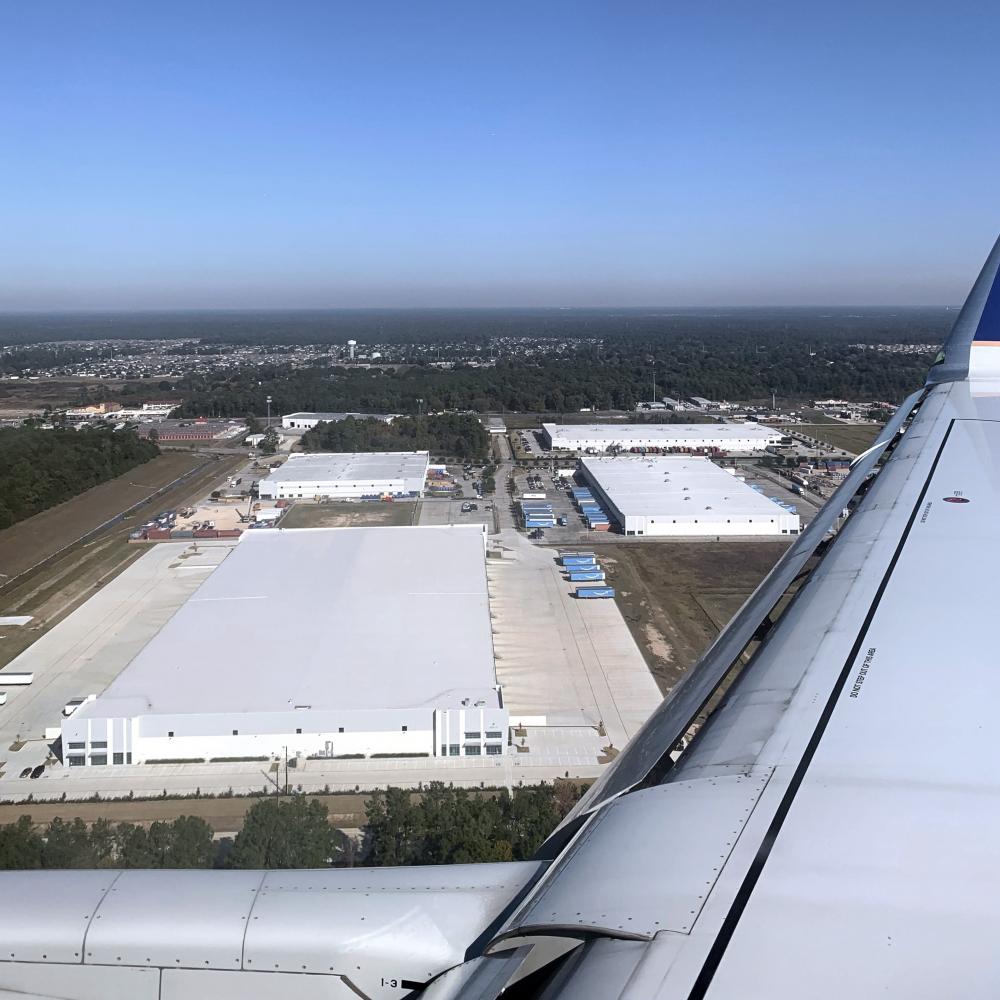 Studio site as seen from a plane. Photo by Brittany Utting.

The model of the Company Town declined in the early twentieth century due to a combination of factors including the rising prosperity of workers, an increase in government-funded public facilities such as schools and libraries, and the affordability of private transportation. These changes made the Company Town’s proximity between housing and factory no longer necessary. While the Company Town model declined due to this dispersal of the workers’ physical bodies, it also resulted in the loss of that collective body’s political power. Despite its failure as a model for urban settlement, the Company Town occasionally became a space of radical change for labor rights. The shared experience of workers uniting over common hardships produced significant victories for labor activists and worker unions, spurred on by organized action such as the Pullman Strike and railroad boycott in 1894 in Chicago.

The studio asked: Can we instead leverage the positive aspects of the Company Town—its potential as a visible space for labor organization as well as its offer of a community with a shared social, political, and financial support network—to put forward a new live-work model? Through this research lens, the studio asked if the Company Town model of housing could offer clues to developing new spaces of solidarity for one of the most exploitative forms of labor today: the seasonal Amazon fulfillment worker. Furthermore, what new coalitions of support and belonging might emerge from considering this space of labor within the territorial and economic conditions of Houston’s periphery? 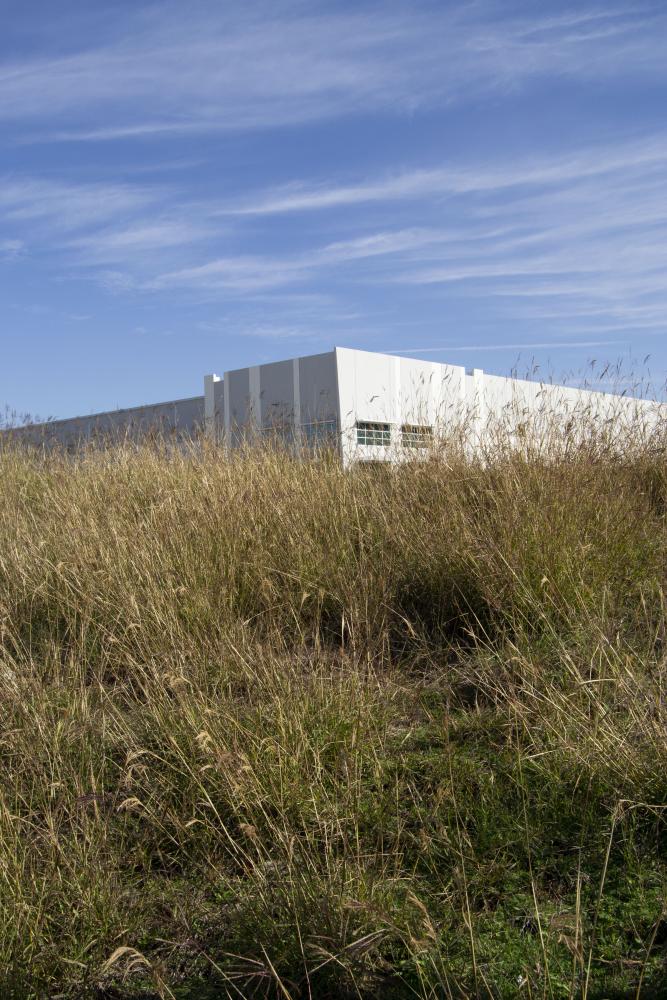 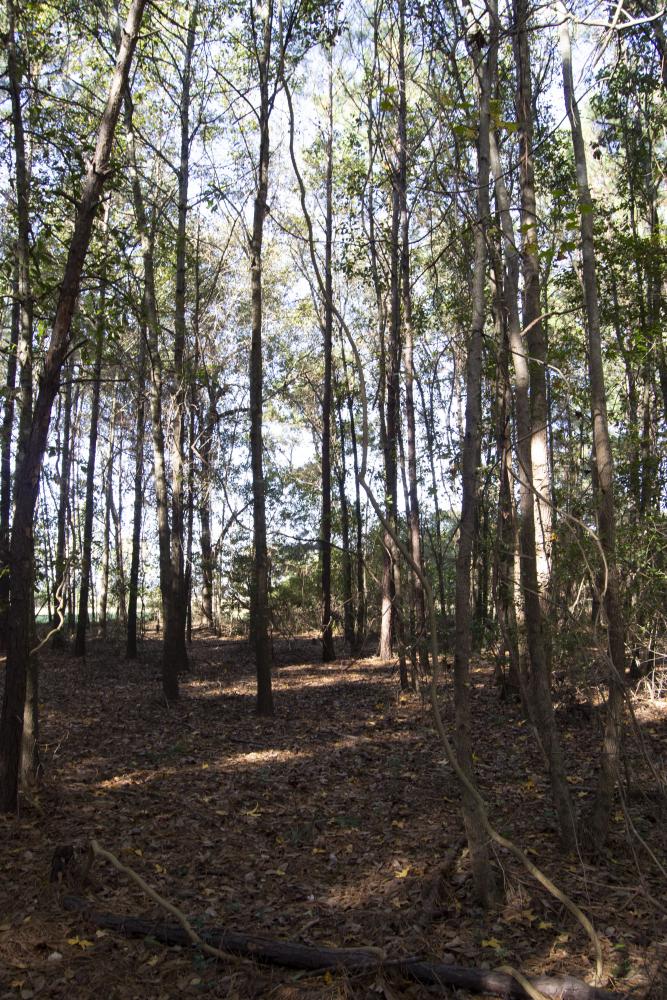 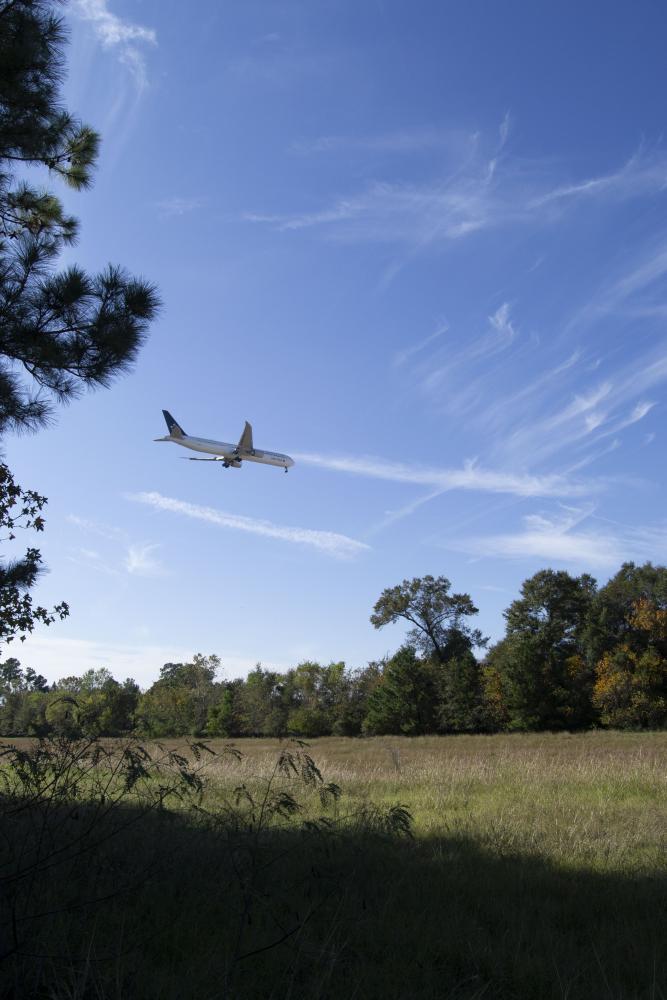 On July 15, 2019, Amazon Prime Day began with thousands of fulfillment center employees striking across the world. Workers protested not the pay or the hours but “the rate:” a metric of efficiency that drives employees to keep pace with robots transporting goods from stocking to packaging. Accelerated by a digitally-managed landscape of products, bodies, and information, Post-Fordist workers continue to experience a revival of Fordist mechanisms of pace and discipline as they race to fulfill their quotas. Moreover, companies like Amazon employ thousands of employees while providing little or no safety net, offering only short-term contracts for work that often necessitates long commutes to fulfillment centers located at the edges of metropolitan regions. Despite automation’s promise of a future without work, fulfillment operations still require an enormous exchange of labor. The combination of physical and psychological exhaustion due to “the rate” and the financial precarity of seasonal employment have caused the Amazon workers to reach a critical tipping point. Through these dual frames of Amazon’s exploitative labor practices and the historical model of the Company Town, the studio addressed the relationship between housing and contemporary forms of seasonal work that characterize emerging fulfillment, distribution, and e-commerce economies. Design proposals developed new spatio-temporal platforms for collective life and transient labor for the seasonal worker, proposing new housing models to support the precarious subject of what Benjamin H. Bratton terms “logistical modernity.”

The studio’s work made visible these increasingly hidden forms of eCommerce work and in doing so sought to re-embed labor, land, and capital into the specificity of its site and context. Situated in the Houston’s exurban zone of eCommerce warehouses, projects responded to the logistical forms of the city’s outer loop, creating extra-large housing proposals that served as a conceptual double to the fulfillment center. While the peripheral spaces of the metropolis are increasingly populated by these generic buildings, the city itself remains indifferent to the continuous flows of objects, data, and labor driven by these vast economies. By operating at the same urbanistic scale and with the same formal presence as the extra-large warehouse, the studio imagined how to retool Houston’s exurban spaces into a monumental frame for collective life and labor.

Moreover, within the generic volume of the big box, these warehouses contain their own internal ecosystems of interdependent populations, economies, material resources, and uprisings, all enclosed within a corporate totality. The relationships that motivate these internal behaviors produce the complex political, social, and sensorial exchanges of a new type of urbanism. Within these extra-large interiors, the studio leveraged the positive aspects of the Company Town—its potential for political solidarity, shared identity, collective presence, and community support—to put forward a new live-work model. Through the program of cooperative housing, the studio transformed the seasonal worker’s condition of invisibility and precarity into a new form of political will and social presence, repurposing the Company Town as a possible frame for collective forms of life, labor, and mutual support. 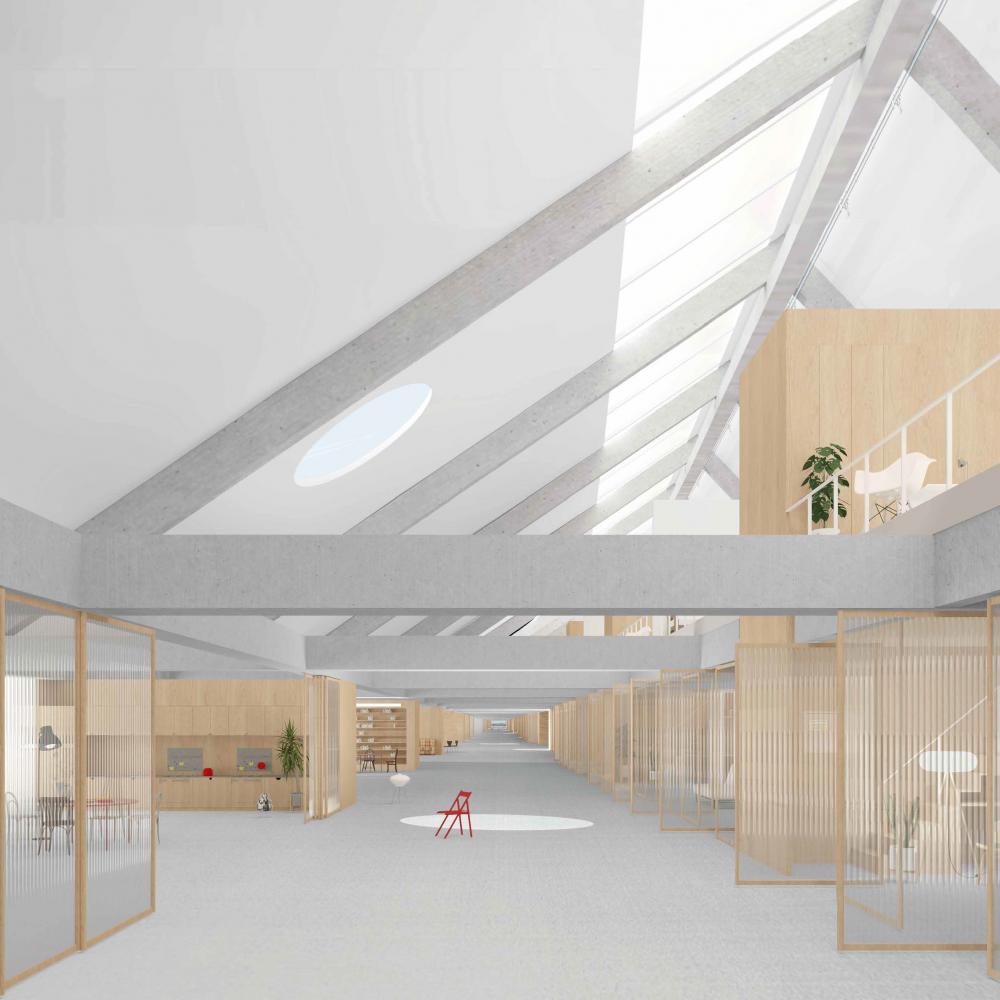 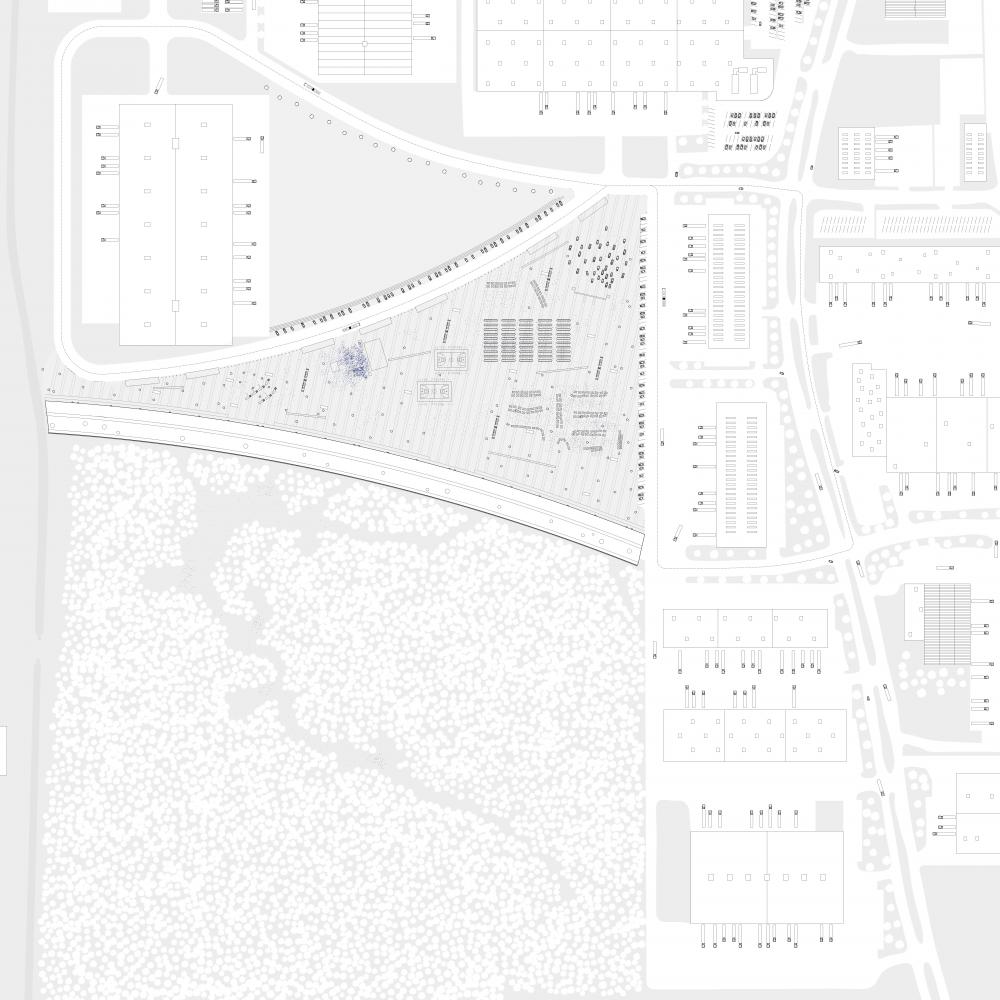 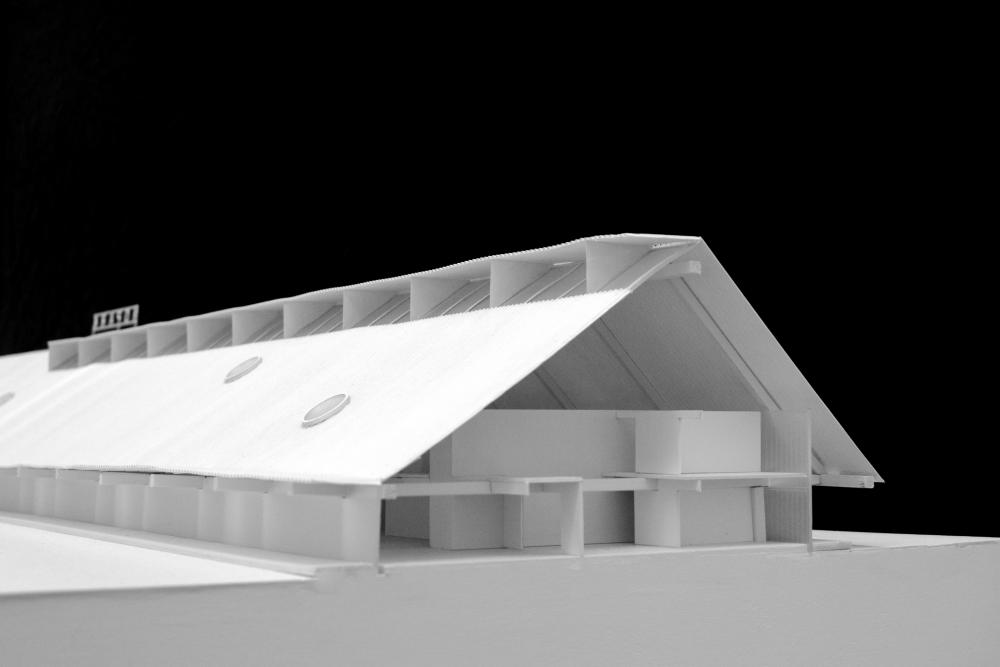 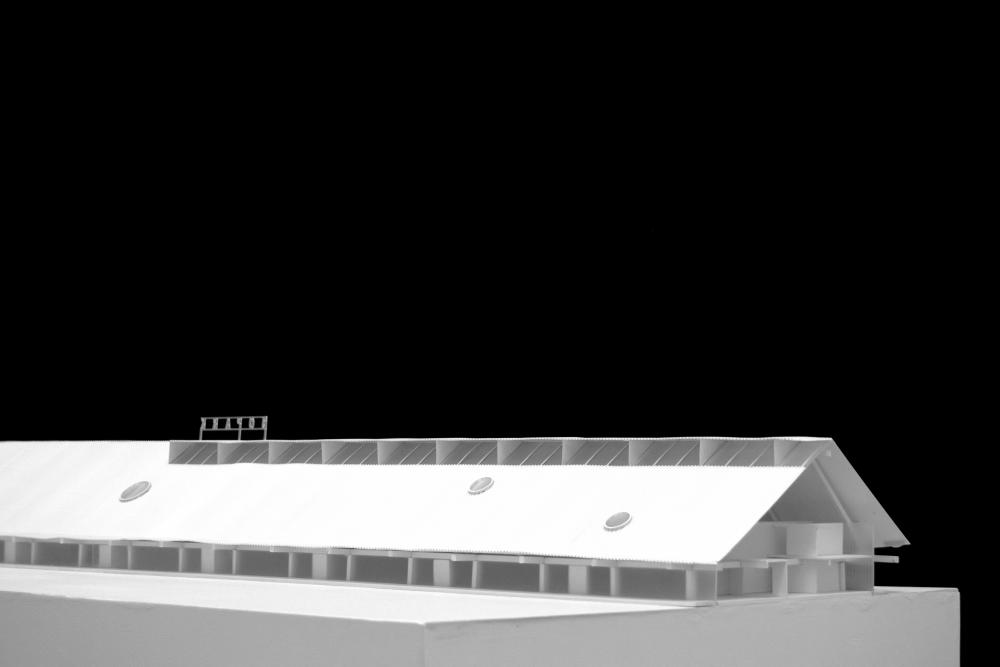 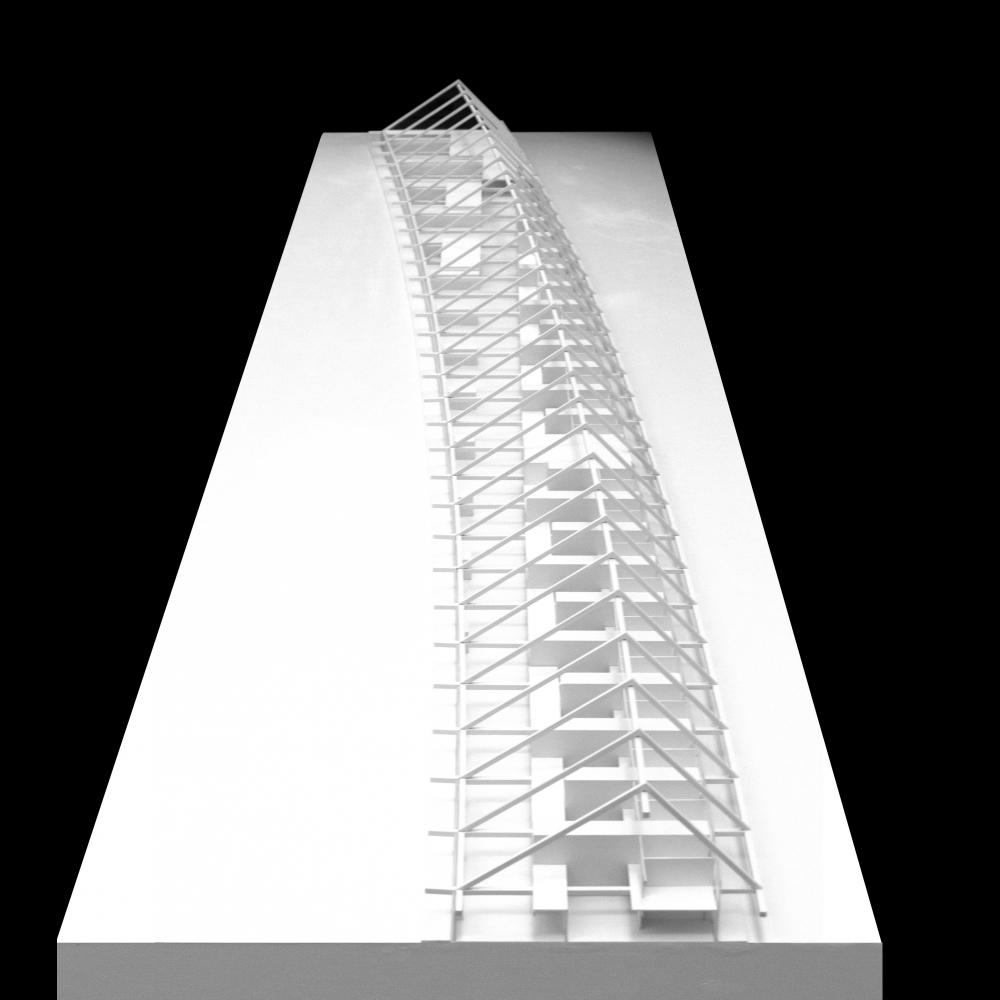 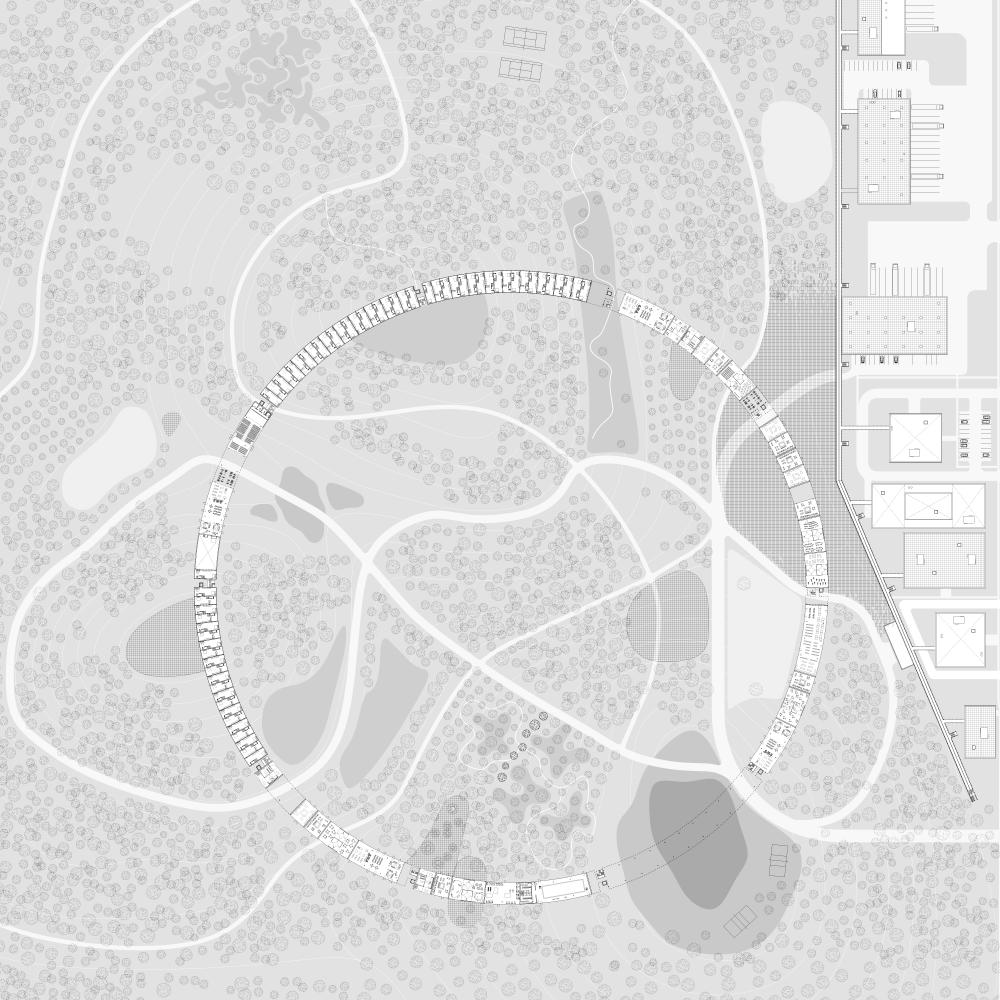 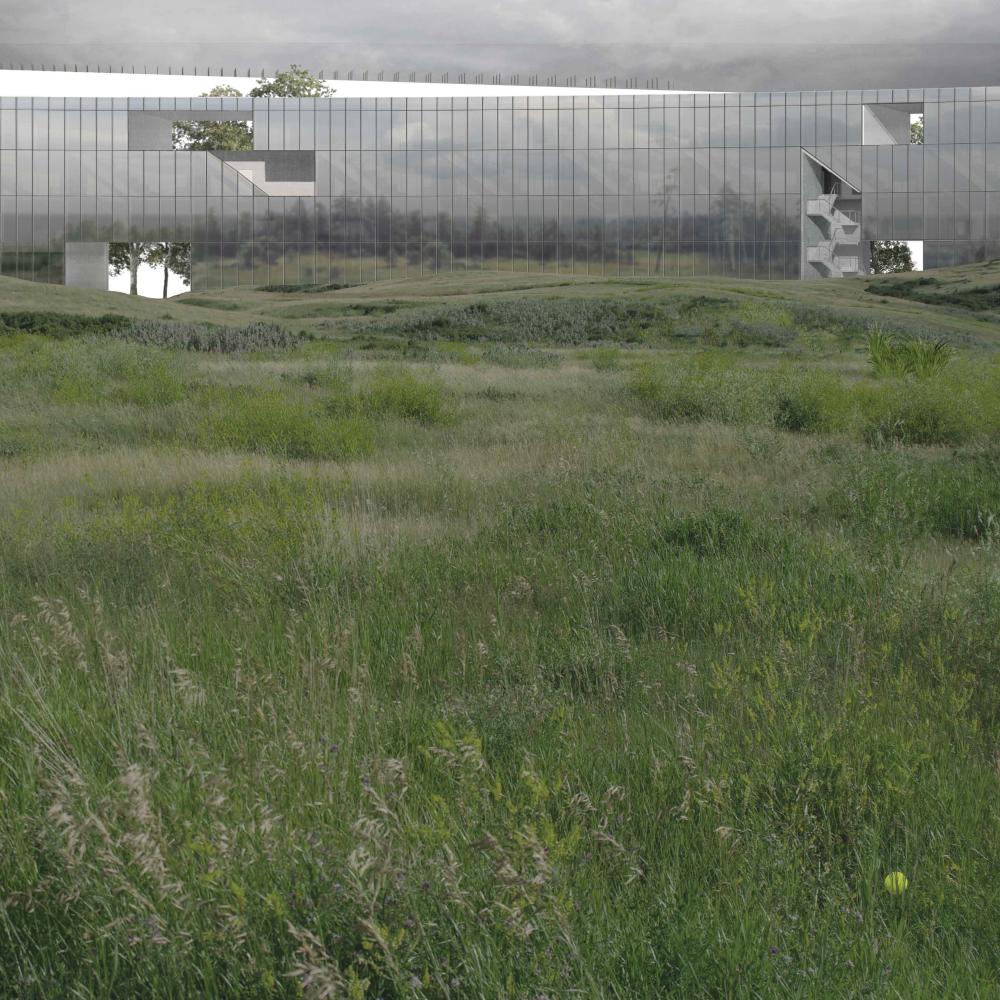 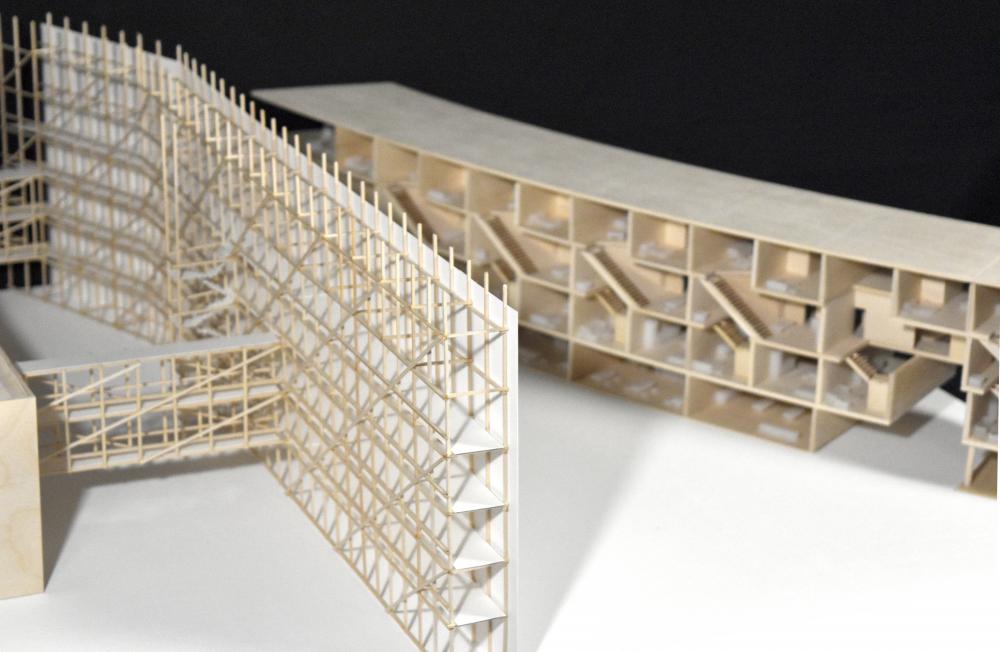 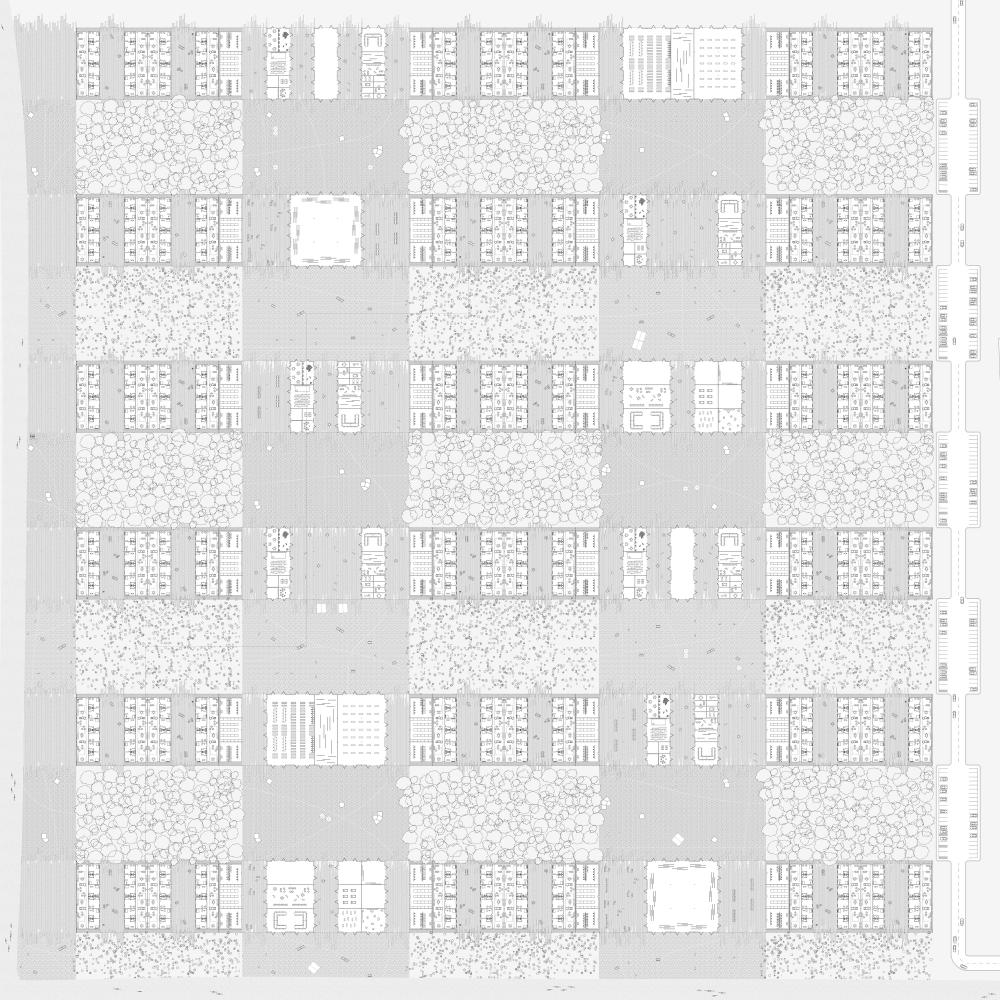 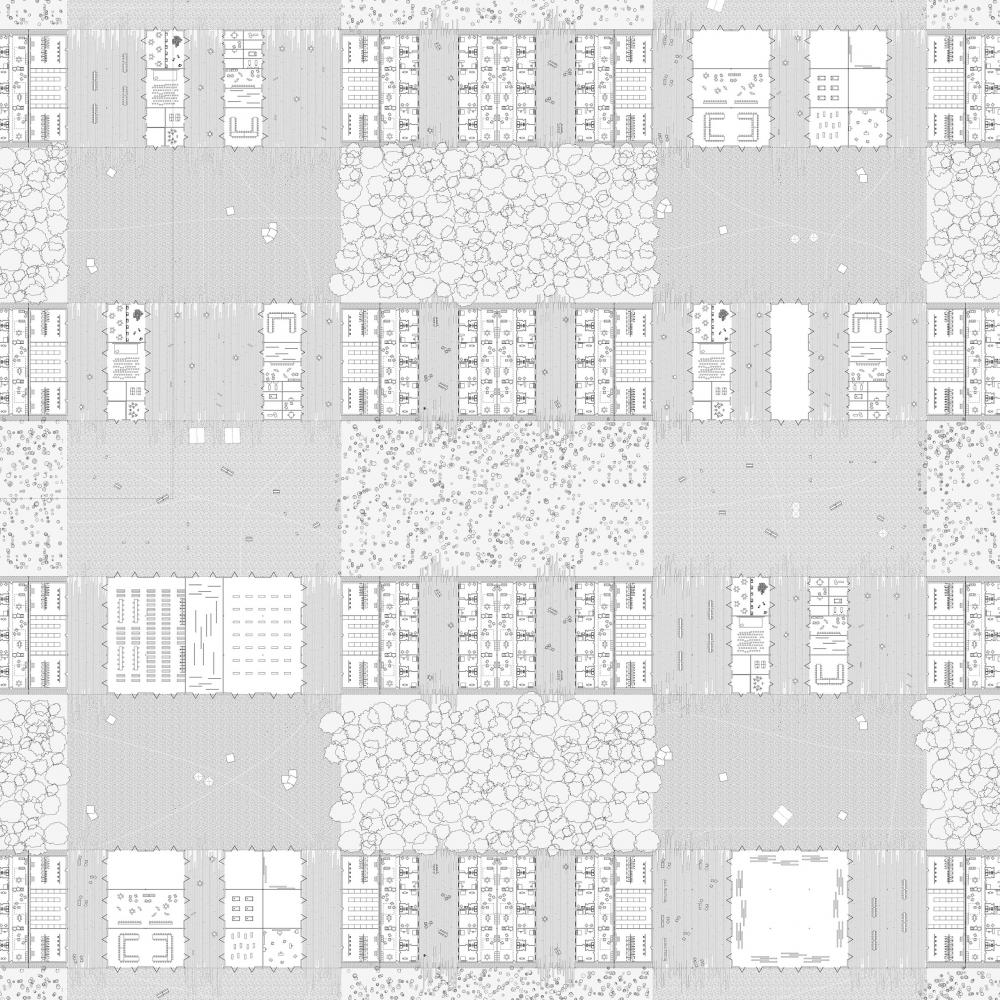 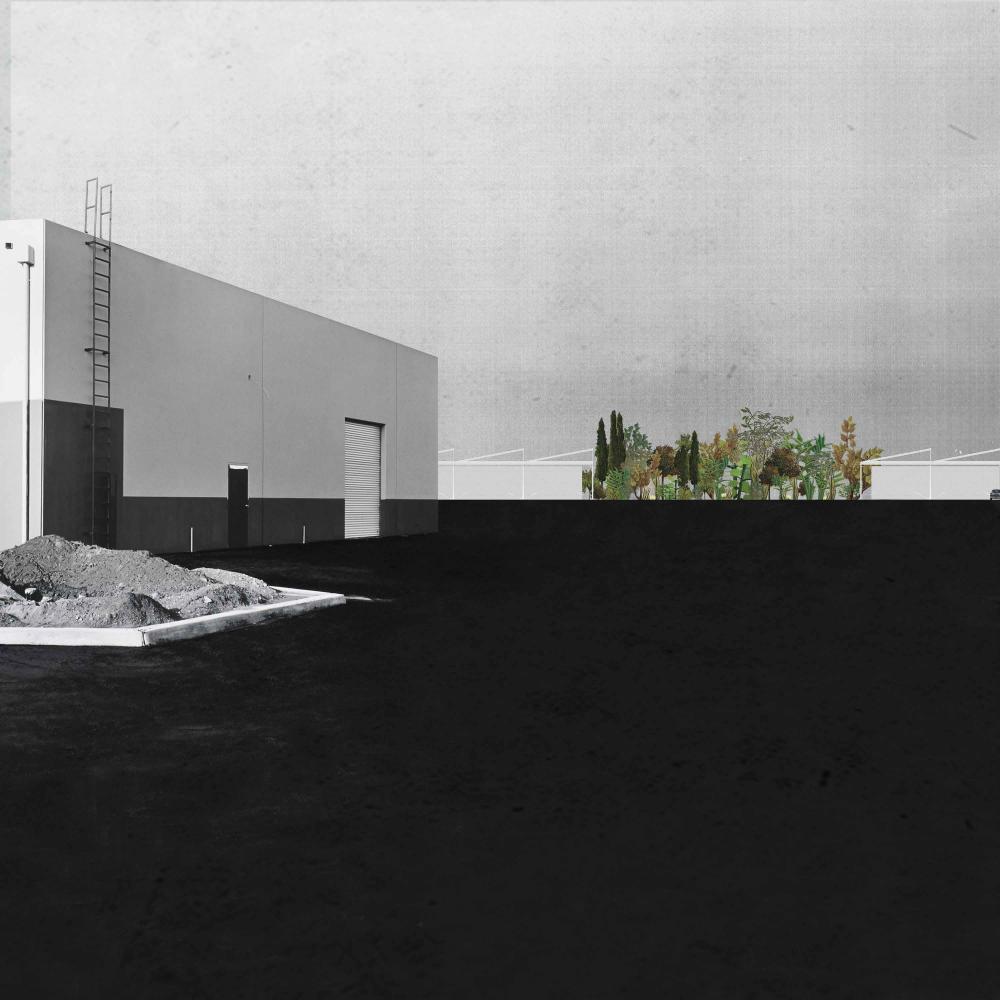 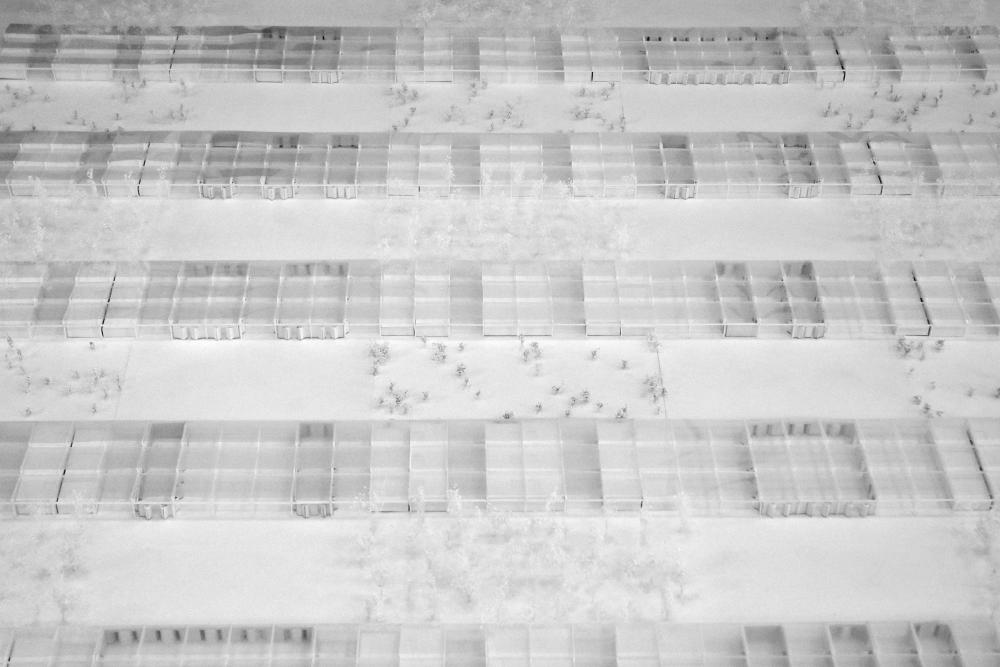 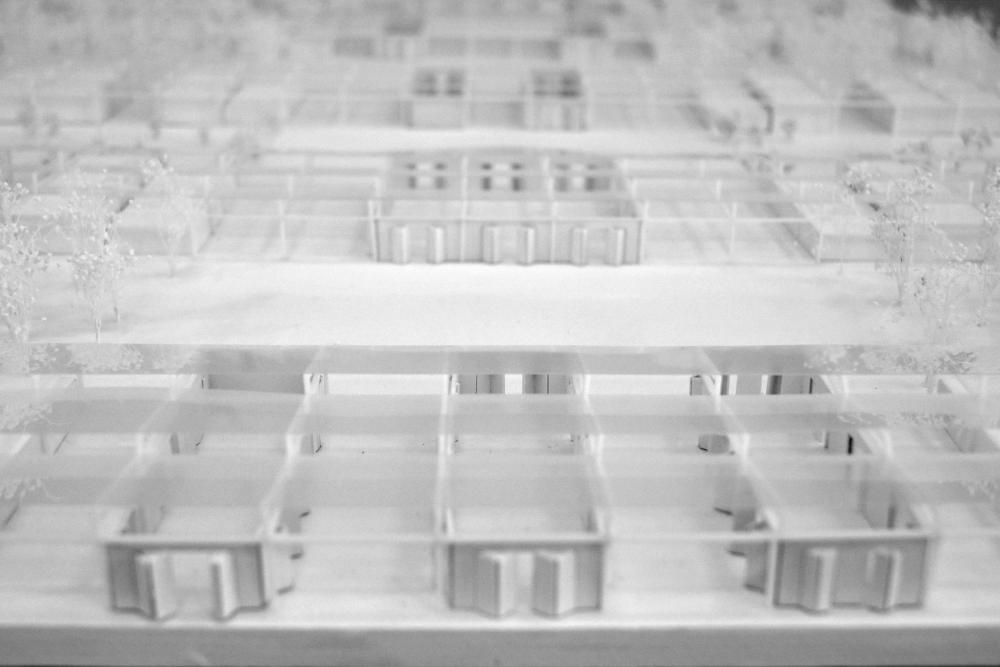 (Use the slideshow to see images from all three projects. If viewing on a computer, clicking the image will open the slideshow in a shadow box gallery.)

Description: Long Term Motel appropriates the tectonic systems of the ready-made shed to produce a new monumental frame for worker housing. Through the internal variation produced from the overlay of the building’s long sweep with a series of infrastructural walls, the project produces a rich set of housing unit types, addressing the variety of spatial and temporal needs for Amazon’s itinerant workers.

Description: The Freeport examines the status of the Special Economic Zone (SEZ), the spatialization of capital’s privileges to operate outside of the world’s labor, environmental, and taxation laws. By appropriating the extra-legal and extra-state model of the SEZ, the project proposes a free enclave that benefits, rather than exploits, its labor force. The Freeport is imagined as a zone in Houston’s peripheries in which the usual rules of citizenship are suspended, allowing seasonal employees to safely live and work regardless of their legal status.

Retirement at the End of Capital

Description: Retirement at the End of Capital examines a near future in which a Universal Basic Income and a fully-automated labor force has reduced the age of retirement to effectively eighteen. By decoupling wages from work, this retirement community proposes an architectural framework of domestic and civic space that radically redefines how we value care work and acknowledge reproductive labor.

The work from this studio of Rice Architecture students Anna Fritz (B.A. ‘20), Shree Kale (B.A. ‘20), and Edward Liew (B.A. ‘20) was named as a winner of the 2020 Rice Design Alliance Houston Design Research Grant. As a result, they will present their work to the RDA community on October 16. The other winner and the honorable mention awardees, will present their work to the RDA community later this month. Register for all three lectures here. Their work will also be included in the upcoming issue of Cite.

Brittany Utting is an Assistant Professor of Architecture at Rice University and co-director of the research and design collaborative HOME-OFFICE.

To learn more about HOME-OFFICE, listen to their conversation on a recent episode of Tête-à-Tête, the Rice Architecture podcast.

Bratton, Benjamin H. The Stack: On Software and Sovereignty. Cambridge: The MIT Press, 2016.

LeCavalier, Jesse. The Rule of Logistics: Walmart and the Architecture of Fulfillment. Minneapolis: University of Minnesota Press, 2016.

Srnicek, Nick, and Alex Williams. Inventing the Future: Postcapitalism and a World Without Work. London: Verso, 2016.