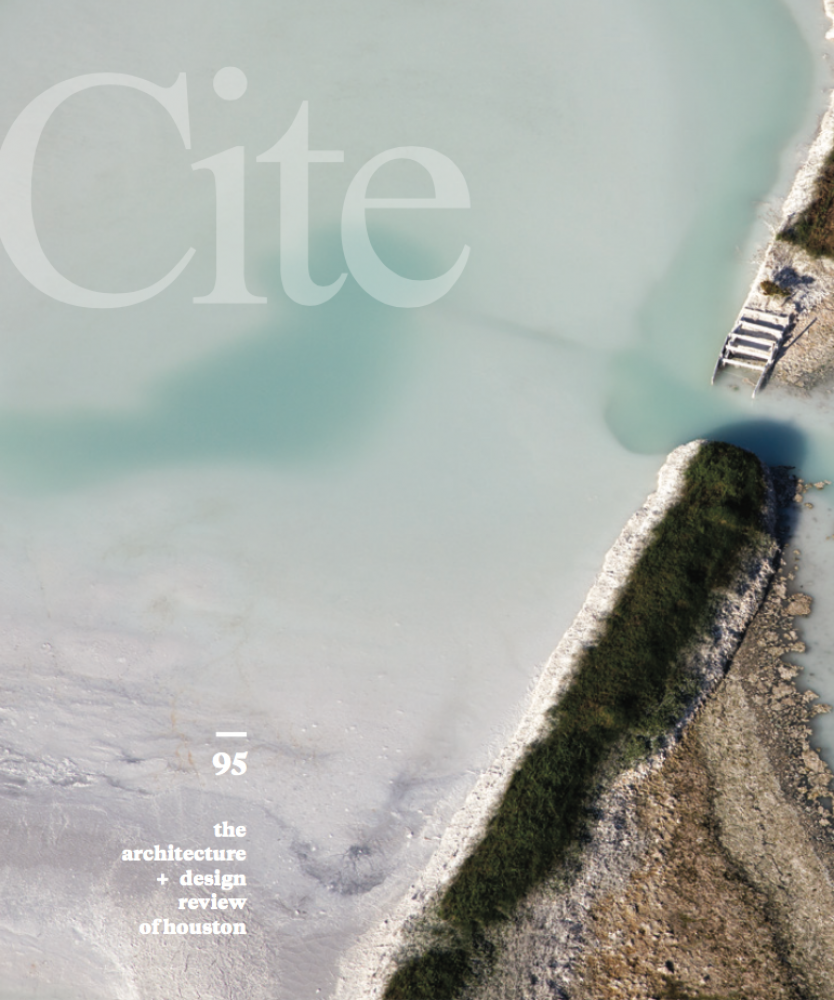 When Alex MacLean approaches his shot, he takes his hands off the yoke and leans his head out the airplane window. He circles, refines his approach, studies the site, photographs, and circles again, returning to the same sites for several days when shadows are long, when the ozone clears. This obsessiveness would produce extraordinary images, to be sure, but there is more. Even as his hands leave the yoke, his feet work the rudder pedals so the plane rotates sharply on the yaw axis until his lens points at the perfect angle. The entire plane behaves like a well-trained horse as he pulls from the rushing 90-degree-plus air a moment of total stillness. A silent abstraction is plucked from a deafening roar.

When I rode alongside MacLean in a Cessna 172 last June, I thought I would be in that moment with him, but I did not see the art in the photography as it was happening. Rather, my consciousness was entangled by my gastrointestinal system. The experience was cathartic if not revelatory.

We take off from the West Houston Airport outside Beltway 8. The runway is flanked by new houses, industry, and a Buddhist temple. Look how from the air this humdrum Houston mash-up turns into a giant game board. Look how the Energy Corridor is a true corridor sandwiched between two vast reservoirs, water spilling through the gates of the earthen bulwarks. Look at the rippling form of I-10 and the proximity of the nodes in our dearly beloved conurbation.

“Viewed from the air, scenes that from the ground appear mundane often revealed an intelligence of form that transcends their content, making things as ordinary as a striped parking lot or a routine apartment complex appear as stunning essays of pure geometry,” writes the late William F. Stern in his essay on the photographs by MacLean published in the Summer 2000 issue of Cite (48). Stern and MacLean attended the Harvard Graduate School of Design together, and their collaboration for Cite is a high point in the publication’s history and resulted in an exhibition at the Menil.

Think of all that has changed in our relationship to aerial photography since 2000. You can tour Houston from the sky whenever and wherever you want with a smartphone. For a few hundred dollars, you can build your own drone and shoot your own aerials. Yet the art of MacLean’s photography, honed over more than 30 years and 11 books, is as relevant as ever.

What exactly do the photographs say? Regarding the images published in 2000, Stern writes that they are “not manifestly critical views, though they do prompt critical thinking about how the city grows and settles into a relationship with its natural site.” The same could be said now. MacLean shot more than 1,500 photographs using a Canon 5D Mark III, a digital SLR. He shared 800 with Cite via a folder in the cloud. (Stern received a box of 1,500 slides.) In culling from this digital set, we privileged images that are, at first, confounding. Images in which the power of the abstraction temporarily overwhelms. The site is defamiliarized. Just as you make sense of the image, caught somewhere between awe and analysis, there is a little opening. A chance to see anew.

It was MacLean’s interest in documenting oil extraction from tar sands that brought him from Alberta back to Houston. He has published some of the photographs on Huffington Post. Seen in that context, Houston is “nature’s metropolis,” to borrow from the title of William Cronon’s book. We are creators and consequences of a continent-sized machine.

By the end of the trip I made with MacLean, I had sweat through my clothes. The immediate euphoria of the takeoff had long given way. Let me tell you, not everything about Houston looks great from the air. Even as the mundane becomes deceptively beautiful, the uncanny charm of Houston is lost from the air. You are confronted with the raw power of the economy.

Inside Modern Houston: The Life and Design of Sally Walsh

Will the Urban Highway Reclamation Movement Come to Houston?