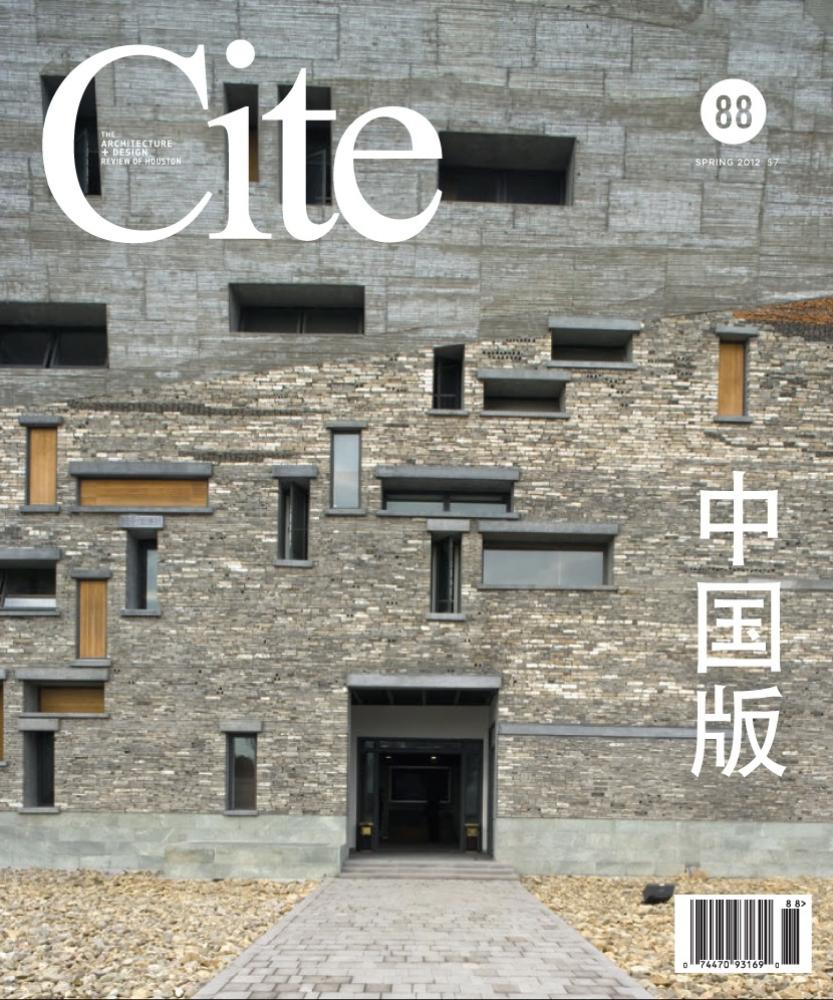 When New York Times architecture critic Ada Louise Huxtable visited Houston in 1976, she called it, "The city of the second half of the twentieth century." She found herself excited by the dynamism and explosive growth of the city but she also found Houston to be "a study of paradoxes" and “disturbing.”

That’s pretty much the same reaction that our intrepid reporter Christof Spieler had to some of China’s most rapidly growing cities when he visited them last summer. It wasn’t clear in 1976 that Houstonians would ever question our obviously questionable building habits. But here we are today, questioning the burgeoning cities of China and, in their reflection, our own as well. What do Houston and the great cities of China have in common? The answer is, a lot. Cheap fossil fuel and global capital markets, automobiles, the internet, emerging construction technologies, and contemporary paradigms of architecture and urban development to name but a few of the forces that link all global cities.

Despite the universal forces that seem to be shaping cities, there are forces of resistance and modification at work. Regional political issues and cultural forces also shape the character of places and local communities. But how exactly does this work?

In order to gain some insight into this issue we interviewed some of China’s best-known architects. Their visits to Houston as part of the RDA Fall Lecture Series allowed us to ask how their practices have responded to the pressures of dizzyingly rapid growth and urban erasure. Interestingly, the architect whose work was most centered on the poetic preservation of China’s historic craft traditions and building typologies, the architect whose work can be seen as the most resistant to the forces of erasure has now won the Pritzker Prize. The first Chinese architect to receive this award, Wang Shu, deeply embeds his work in vernacular construction technologies as well as modern ones.

Houston design firms have also played a big role in China. In fact, part of SWA Group’s Houston office moved to Shanghai last year under the leadership of Scott Slaney, who, in an interview for this issue, describes positive shifts in urban planning and landuse. Elsewhere, we include a variety of perspectives on China including a photoessay of street advertising, a translation from a Chinese magazine that highlights migrants from the countryside to the cities, and an interview of Nobel Prize laureate Amartya Sen that puts economic growth and architecture in the larger perspective of freedom.

The idea for the focus on China came from an architect in the Houston community, Camilo Parra, whose wife Meng Yeh teaches Chinese at Rice University. We hope, in turn, that many of you will contribute back to this community-supported publication by reflecting on the relevance of these articles to local, national, and international questions and sending your thoughts to mankad@rice.edu.

A Story About Him, Him, and Him

Freedom and Architecture: An Interview with Feminist Economist Amartya Sen

Cultured City: Forward to the Past: The Politics of Reappearance in Shanghai

Taming the Concrete Dragon: An Interview with Scott Slaney

One Hundred Million Acres & No Zoning by Lars Lerup

Hindcite: The Farmer is the Man