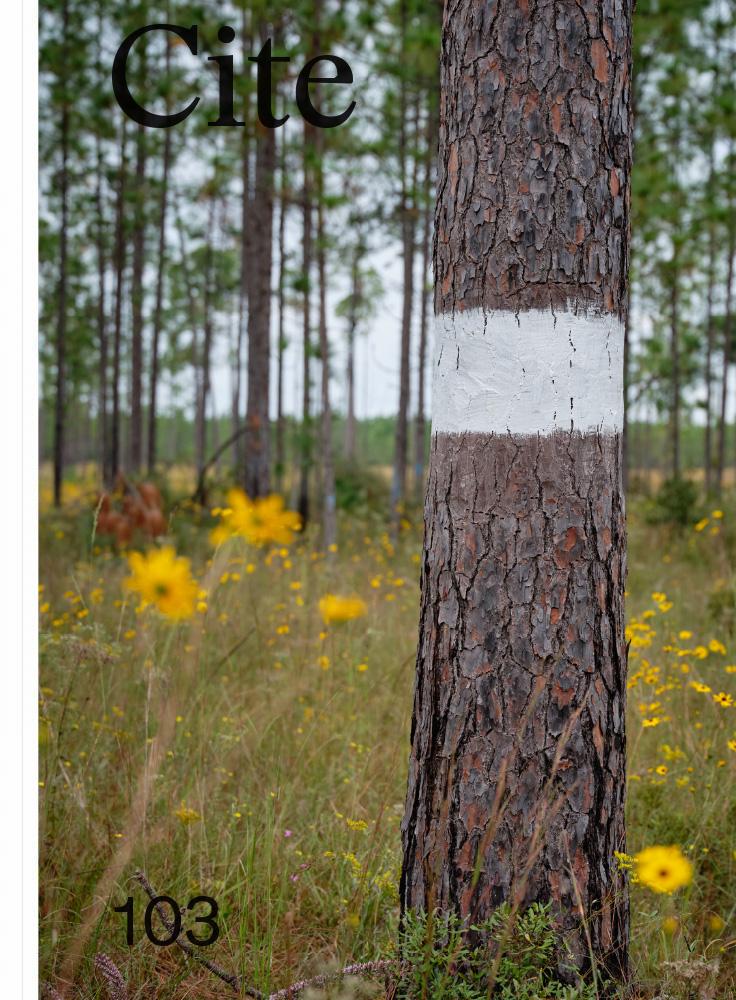 In January, I accompanied RDA’s Traveling Program on a trip to Palm Springs. Before postwar development remade the city into a center of mid-century modernism, it was a destination for tuberculosis patients who sought a hot, dry climate. A century ago, modern medicine and architecture advanced together; as explored in research like Beatriz Colomina’s X-Ray Architecture, which argues that an obsession with tuber-culosis was one of the factors that shaped modern architecture. The aesthetics of modernism—cleanable white walls, no dusty ornamentation, lots of glass and opera-ble windows, ample sunlight, a blending of interior and exterior space—were also the aesthetics of hygiene at the time. The 1918 influenza pandemic further contributed to the idea that fresh air was important to good health. Radiators and boilers were sized to fight the cold when windows were left open on winter’s worst days, and health move-ments surged in popularity. Architecture responded to this medical impulse. Ten years later, Richard Neutra completed the Lovell Health House in Los Angeles. Designed to soak up the Southern California sun, it set a precedent for decades to come.
A century later, we remain affected by another pandemic. COVID-19 has shaped our world for the past two-plus years. Beyond the millions of deaths and long-term afflic-tions, so much has been delayed or canceled. Current events have also yet again laid bare the ugly inequalities of contemporary life. It remains to be seen how architecture will change in response. There were layout fixes and staggered schedules, yes, but the durable influence of this intense era on our objects, buildings, landscapes, and cities is still under construction. Hopefully, we’re approaching a post-pandemic age—our own Roaring Twenties, of sorts.
This issue of Cite concerns the subject of arrivals–of people, projects, and materials. It celebrates the activity that shapes our experience of the city, generally, and our city, specifically. The following contents operate with optimism to engage movements underway in Houston and beyond.
To start, the experiences of people are centered. RDA welcomes Rice Architecture’s new William Ward Watkin Dean, Igor Marjanović; he shares a reflection at the start of his time directing the school. Later, in a long sequence, architect and educator Celeste Ponce presents her research about the Texas–Mexico border and its resilient residents.
Another section focuses on mass timber. Articles place the building technology in its wider material context, beginning with nearly two centuries of wood framing explored in the past American Pavilion at the 2021 Venice Architecture Biennale and then showcasing research, dialogue, and futures. Given Houston’s proximity to the pines of East Texas, the city could soon be growing its new buildings, if supply and demand both increase.
Finally, major changes are happening in Houston. In a section focused on infrastructure, climate, and culture, highways are critiqued, and an update on storm surge prevention is shared; POST Houston is welcomed, as is the expanded Houston Farmers Market; a walk captures the changes along the eastern stretch of Buffalo Bayou; and two notable installations are featured.
Important milestones for RDA are also arriving. The year 2022 marks both the 50th anniversary of RDA and the 40th anniversary of Cite, milestones to be celebrated through programming during the second half of the year and into 2023.
Arrivals are inevitably paired with departures. This spring, Executive Director Maria Nicanor was appointed to lead the Cooper Hewitt, Smithsonian Design Museum in New York. She joined RDA in 2017, and her five years of leadership have been trans-formative. I appreciate her knowledge and grace, which have been a steady presence during tumultuous times. I’ve so enjoyed working with her and RDA’s team to realize the organization’s activities.
Unfortunately, this is my second and last issue of Cite as its editor. Earning a degree at Rice Architecture and working on this publication have changed my life for the better. I am fortunate to have participated in and served this community, and I look forward to future conversations with each of you. Talk soon.
RDA’s many efforts showcase the power of design to shape our lives. There’s always work to be done; thankfully, RDA is here to lead this change.
Jack Murphy

Cite 103: Letter From the Dean

Cite 103: Letter From the Executive Director

A City of Characters

How Much Carbon Does Your Building Embody?

Nothing Short of a Miracle