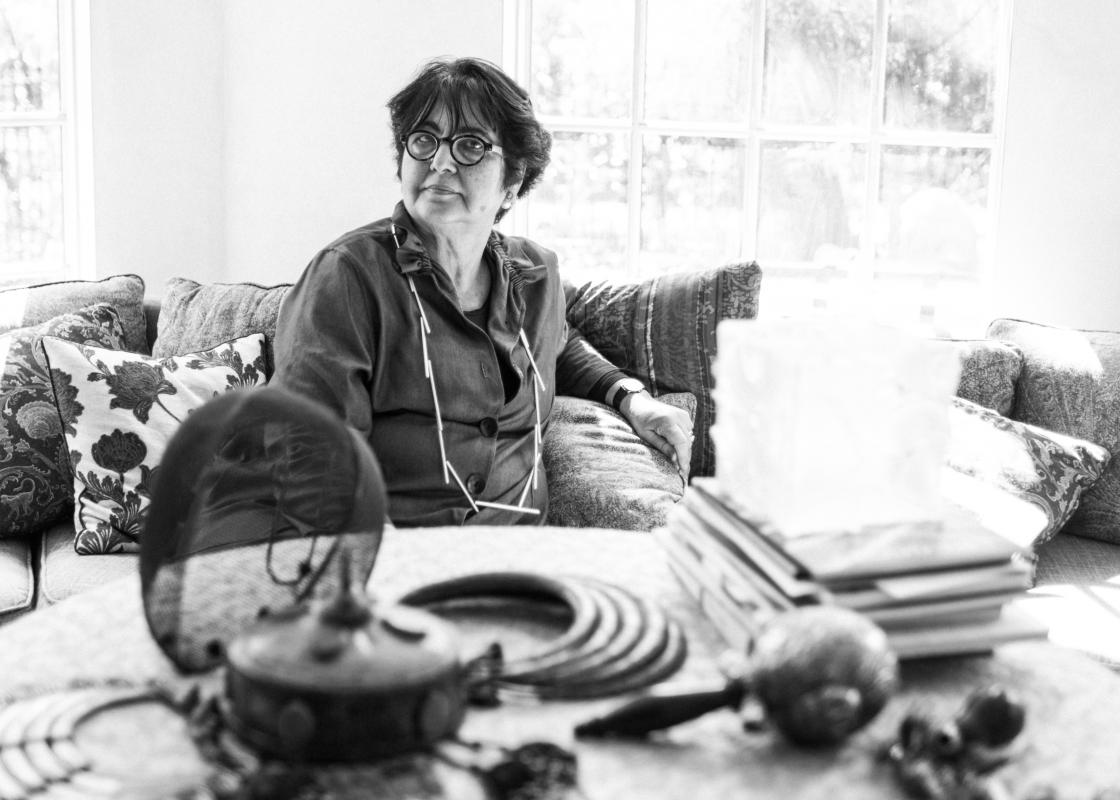 Balance: An Interview of Surpik Angelini

Rice Design Alliance is holding its 2018 architecture tour April 7-8 and publishing this series of edited interviews on the theme "Balance: Celebrating Women in Design." Surpik Angelini is a Houston-based artist, independent curator, writer, and founder of the Transart Foundation. The new building for the foundation, designed by SCHAUM/SHIEH Architects is featured on the upcoming tour.

Trained in art at Mills College and Cornell University (1966-68) and in architecture and urban planning at the Universidad Central de Venezuela (1971-76), she obtained her BArch from the University of Houston (1979).

Surpik Angelini: My background is a mixed bag of things. I trained in art at Mills College and Cornell University (1966-68) and in architecture and urban planning at the Universidad Central de Venezuela (1971-76). Then I obtained a degree in architecture at the University of Houston (1979). I worked as an urban planner and architect in my early career. Then I went back to practicing my art for several years, very successfully I must say, surprisingly, even though I hadn’t been practicing as an artist for a long time.

With Bert Long, I curated a show in Houston called Another Reality (1989), which was about the magic in Texas art. It was then that I began to realize that throughout my life I always had a very anthropological point of view. Another Reality was an example of that. I had noticed that many of the Texas artists I was seeing at the time were doing work that seemed to be influenced by the kind of Magic Realism that I had seen in Latin American art, but in Texas it was even more invested. It was almost more magical the way the matter was invested with power and presence. We invited 68 Texas artists to exhibit. The show traveled to two museums and was very successful. I had never done anything like that before.

After lecturing and more research, I finally got to the point where I wanted to pursue anthropology as a PhD at Rice University. At that time, in Venezuela, where I was getting ready to lecture on Latin American art, I was interviewing several directors and curators from different museums in Caracas. Someone pointed out this young man from Cuba, Abdel Hernandez, who was steeped in Avant Garde art. He was especially a leader in anthropological work as grounding to art. He did very experimental work, very radical. He knew all of the theory behind Writing Culture, which was a movement that started at Rice University by anthropologists as a critique of the Social Sciences.

Abdel Hernandez was my co-curator for this incredible program, Trance: New Methodologies in the Work with the Other, that we organized for Rice University in the Spring of 1997. We practically invaded the whole campus. It was really the start of Transart Foundation. We did seven exhibitions. We had weekly conferences at the Rice Media Center. We had conferences with the anthropologists every week. We had performances in Hammond Hall. We did a radical kind of work. It was organized through workshops that we did in Caracas. We brought the results of the work to Houston. As a matter of historical document, it was probably one of the first exhibitions that incorporated art with ethnography and anthropology. It was about two years later that documenta had a very important exhibition featuring art that was grounded with social and anthropological research. 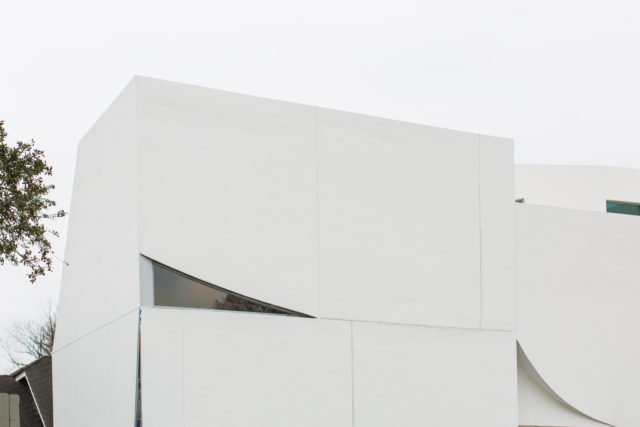 Cite: Tell about what will happen in the new Transart Foundation building. We understand there will be performances, seminars, film showings, and exhibitions?

SA: The spirit of our work and spirit of Transart is interdisciplinary because as you know contemporary anthropology involves many disciplines. I open to many, many different kinds of works. I am especially interested in work that introduces new paradigms and that begin to show new ways of thinking that can inform other creative projects. I’ve been very lucky because I’ve worked in collaboration with many artists and many scholars.

I am very pleased that Rice Design Alliance is conducting this tour of the building because I think it is a wonderful example of what local architects can do. I wish people used local architects more often because I think they have a lot to contribute. I am very glad that we are doing this and that it is coinciding with the inauguration of Transart. We will be showing the work of photographer Delila Montoya and there will also be a performance by Costa Rican performance artist Elia Arce. Our inaugural event will show the spirit of what we want to do in the future. I am seeking cultural immersion with every event that we do.

Cite: In his description of the new Transart building for the tour, Stephen Fox writes that the architects "SCHAUM/SHIEH crease, fold, and curve the white wall planes to imbue spaces with a sensuous, fluid, surreal character, evident especially where stairs metamorphose into library bookstacks." Could you talk about how this design came about?

SA: The design had started in a completely different manner. Maybe both Troy Schaum and my son, Georgio, were inhibited. I felt they were trying to outguess me or something. Of course, I was very intimidated. I didn’t want to say I didn’t like it. I had the gumption to tell them at a certain point when they already had models and we had already almost developed a whole idea.

One day, I invited Troy to my house. I said, Troy, you know the reason I asked you to do this project is because I love your architecture. I’d like you to sit down and come up with something that is yours. It was incredible. He took a piece of paper and drew exactly what you see as the final project. I was incredibly pleased to see that and of course he was too. That’s how this design came about.

Click here to see a video on the Balance tour.

Angie Chen and Brenda Cruz-Wolf contributed as interviewers for this series.