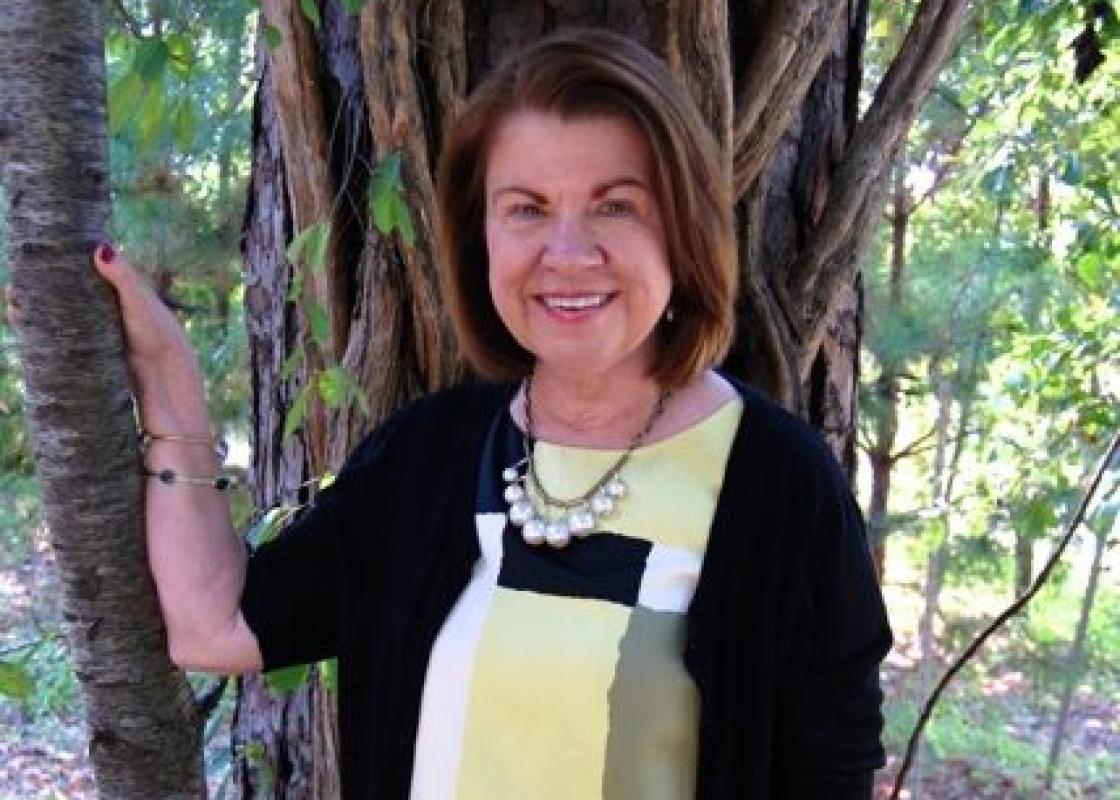 Rice Design Alliance is holding its 2018 architecture tour April 7-8 and publishing this series of edited interviews on the theme "Balance: Celebrating Women in Design." Anne Olson is President of the Buffalo Bayou Partnership, founded in 1986 to focus on the 10-mile stretch of Buffalo Bayou from Shepherd Drive to the Port of Houston Turning Basin. The architecture of Buffalo Bayou Park received a 2016 Best of Design Award for Civic Institution from the Architect's Newspaper. Angie Chen was a project manager for non-profit construction projects like the MATCH and Children’s Assessment Center. She currently serves as the interim executive director of Rice Design Alliance.

Angie Chen: Tell us about yourself, how you came to the Buffalo Bayou Partnership? 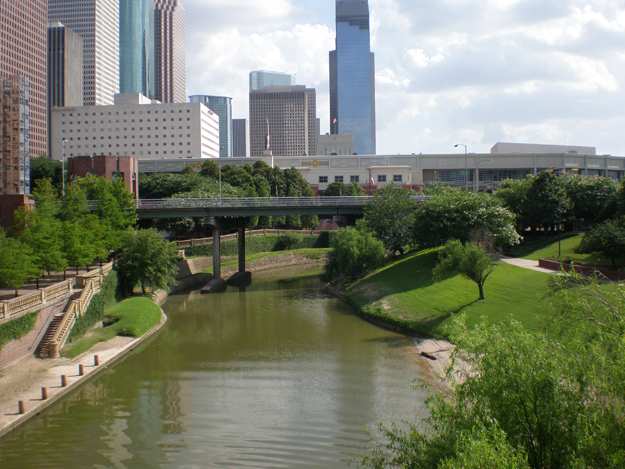 Anne Olson: I do not have any sort of a design, landscape architecture, architecture, or urban planning background. I have a degree in English, a masters in Library Science, and a masters in Journalism. I moved to Houston to do public relations for the Houston Public Library. After that I worked for a small PR firm that handled — it wasn’t called the Greater Houston Partnership then — it was called the Houston Economic Development Council. I became interested in economic development and community development, thought about going back to school for urban planning but the more I researched it the more I thought I could learn on the job. I became the director of the East End Area Chamber of Commerce, and got involved in the Buffalo Bayou Partnership. At that point, they didn’t have any staff. The organization started under Central Houston. Bob Eury and his team were really the staff. Then in 1995, Houston received some federal money and Buffalo Bayou Partnership decided to hire some staff. I am the first and only director.

AC: When you took the position, did you know it would evolve into what it is?

AO: When I was hired they didn’t even have enough money in the bank to cover my salary for a year. We just started out incrementally doing projects. The first projects that we focused on were Allen’s Landing and Sesquicentennial Park. The first phase of Sesquicentennial Park had been completed, spurred by a Rice Design Alliance design competition. There was a second phase so we immediately started raising money for that. The second phase opened in 1998 I think. Then it evolved over time. We strengthened our board. When we did our 2002 master plan, people really took notice. That was a really great document to guide us into the future. We have looked to that since then for all of our projects.

AC: Let’s talk about Allen’s Landing as the first project and your involvement.

AO: Because Allen’s Landing was the birthplace of Houston, we thought it was a really important site. The wharf at the site had deteriorated and was falling into the bayou. We received a Texas Parks and Wildlife grant to rehabilitate it and several other grants for landscaping. We took out the parking lot and replaced it with greenspace. It wasn’t until our master plan that we purchased the building. Our consultants felt that this was a very important site and the building was key. Our board raised the money, $2.3 million, to purchase the building. It took us a while to raise the money to do the renovation. It has been a very, very long project for us. It took many, many years.

AC: Tell me about your role as the owner of the project, and what it was like to be a woman in that role.

AO: First of all, with the Sunset Coffee Building, there were two women involved — Catherine Callaway from BNIM and Kimberly Hickson, now at Gensler. They were very involved right from the very start, and Catherine right to the very end.

In planning circles, it is very male dominated, and in real estate circles. I went to a developer’s reception recently and 80 percent of the people there were males. When dealing with real estate people, developers, urban planners, architects, I would say that it is very much male dominated. Many times, I am the only woman in the room, especially when we are dealing with engineering people, people at the city in public works, but I am definitely not a shrinking violet. [Laughter.] I’ve never felt intimidated. I have never experienced discrimination or anything like that. 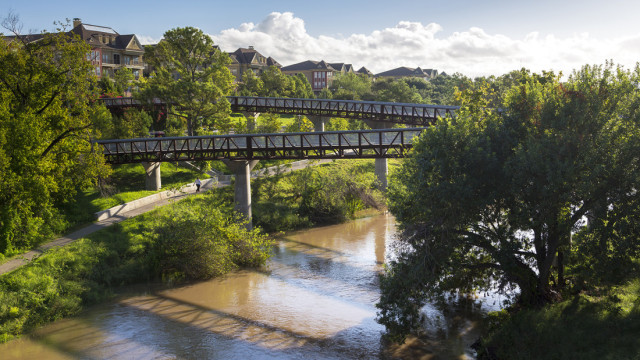 AC: Do you find in your role as the leader of an organization, do you have many peers that are female who are in the position of a project lead?

AO: In the nonprofit world, especially in the green non-profit world, most of the large conservancies — Hermann Park, Memorial Park, the Parks Board — all led by women. We are involved in this High Line Network, twenty something parks throughout the nation. Many of the executive directors are male. I find that unusual. In the nonprofit sector, more women are represented than in architecture, landscape architecture, and real estate.

AC: Starting as a PR person with Houston Public Library, and transitioning to a role that has construction and planning aspects, what drew you?

AO: I was more interested in economic and community development but when I got to this position, capital projects were an important component. So everything I have learned, I have learned on the job. By no means do I consider myself an expert. I find it difficult to read construction drawings … but I think I have a good eye. I think I do have a good design sense. Design has been really important to me in terms of the physical projects we do, the marketing, what we send out in terms of publications, our website, always wanting to be at the highest quality possible. Also from the capital projects standpoint, public art has been integral to everything we’ve done. Most every project that we’ve constructed has had a public art component. We are building on that as we go along. Temporary public art has been something I’ve always been interested in. I have had to learn about architecture and landscape architecture on the job.

AC: As you’ve done these projects? Who has been your influencer? Who has shaped how you look at the process of completing projects?

AO: We have been lucky to work with really great consultants. We’ve worked a lot with SWA and Kevin Shanley, who is now retired, a great person, very open and very collaborative. We worked closely with Guy Hagstette. We have worked with the best people in those professions. I have had good project managers. Ian Rosenberg worked with us for many years and now we have José Solís working for us. Also our board, we haven’t had a lot of design people on our board, but we have had a few. A lot of real estate people, as it was important to have that expertise as we acquired land. People like Judy Nyquist who is interested in public art. We have recruited people to the board who have skills missing in the staff. The staff does have a real interest in good design. Trudi Smith has a background in landscape architecture. Everybody here respects good design. We have a lot of fun when we are designing projects, thinking of themes for our publications. The kind of office we have lends itself to that. It is very open, like an architecture studio or firm, and that lends itself to more collaboration.

In our 2002 master plan, we put together a really stellar group of consultants. Jane Thompson was the woman who led it. She was really well known in planning and architecture circles. She and her husband, Ben Thompson, had founded Faneuil Hall in Boston and owned a store in Cambridge, Massachusetts called Design Research. People my age remember that. It was considered the first lifestyle store and was taken over by Crate & Barrel. I felt so privileged to know her. She recently died.

Right now we are working with Michael Van Valkenburgh Associates, again a really well known design firm. We have worked with great artists like Mel Chin and Mark Dion. The Cistern is opening up other opportunities for us to have work by internationally-known artists. We have been surrounded by really good people and that has made up for what I lack. 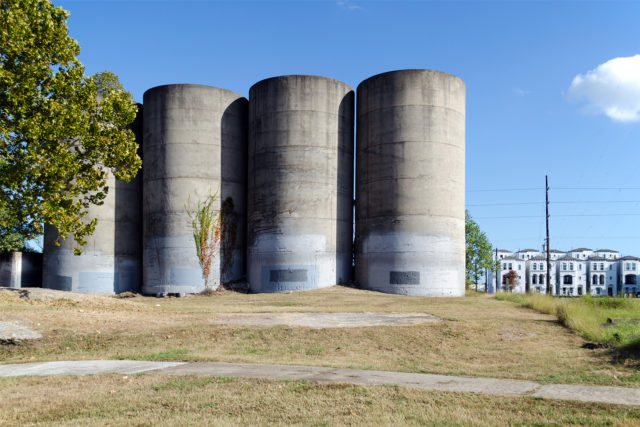 AC: What advice would you give to young women who want to lead a non-profit or who aspire to be like you, and make bigger decisions?

AO: To lead a non-profit, you have to have multiple skills, especially if you are heading up a small non-profit. We consider ourselves a small non-profit. You have to multi-task a lot. You have to know how to manage people. You need to know fundraising and marketing. When I retire I would highly suggest they find somebody who has an interest in design, or a background in landscape architecture or architecture. As the organization has evolved expertise in that area has become more and more important. I think someone from the nonprofit world of healthcare wouldn’t be the best person for this position. I think also in this line of work, because we deal with so many public sector partners, being collaborative is really important. Having the ability to network a lot --- I am not a networker --- but that is something I think is important to women. I network with my peers at the other nonprofit conservancies in town. Networking is important. Being collaborative and being a consensus builder is important. All of our projects are public-private partnerships. That’s been part of our success. 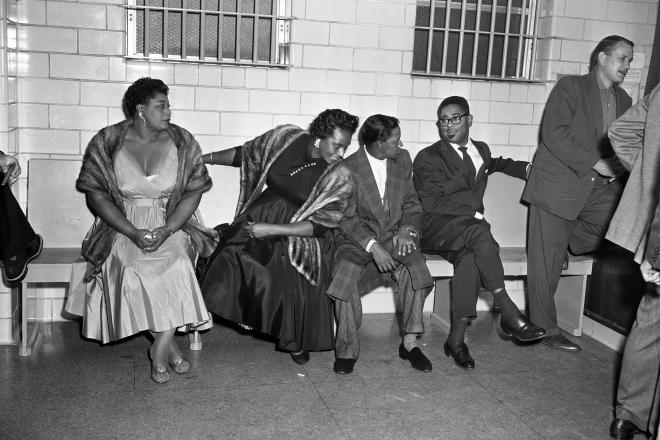 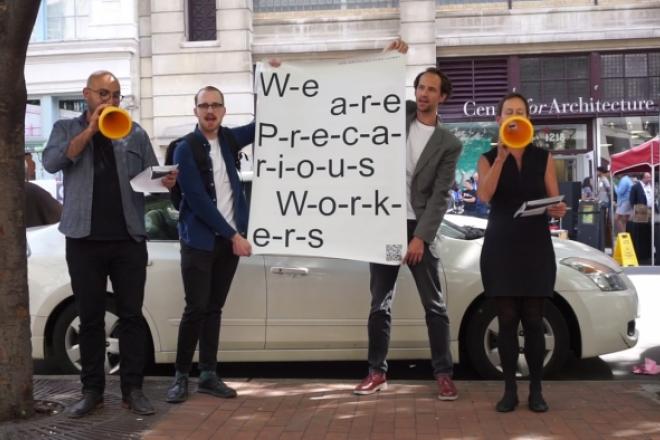 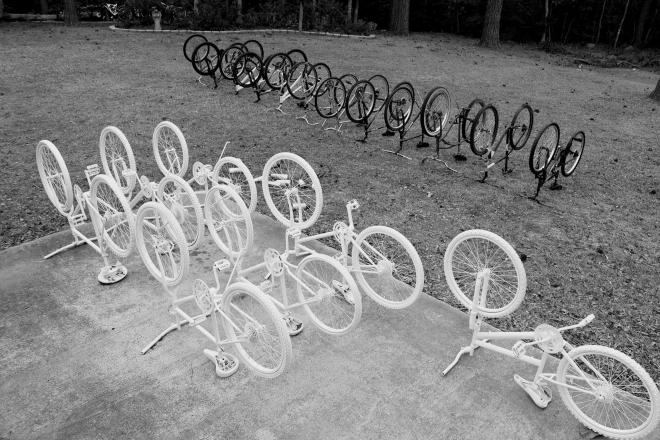 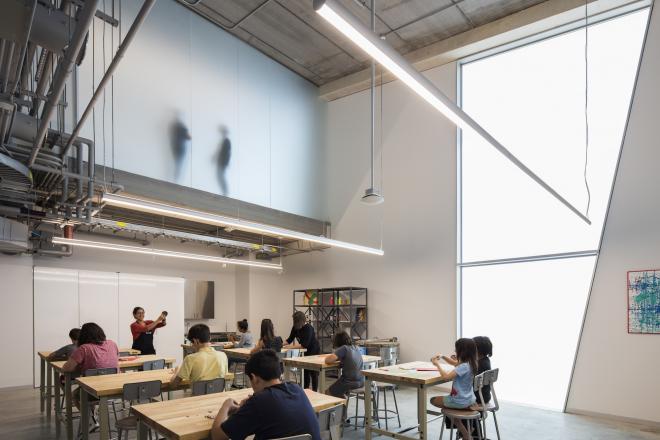 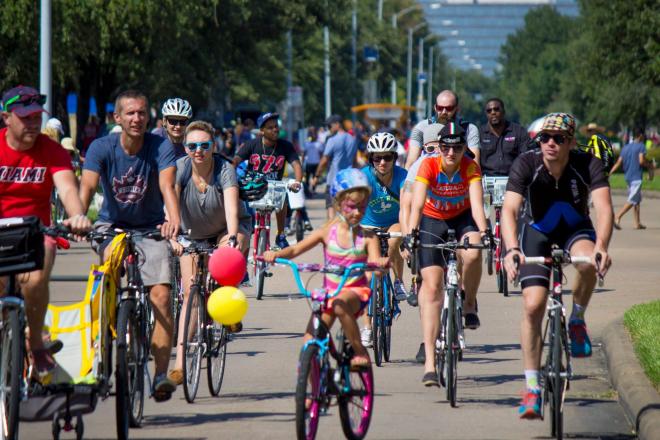 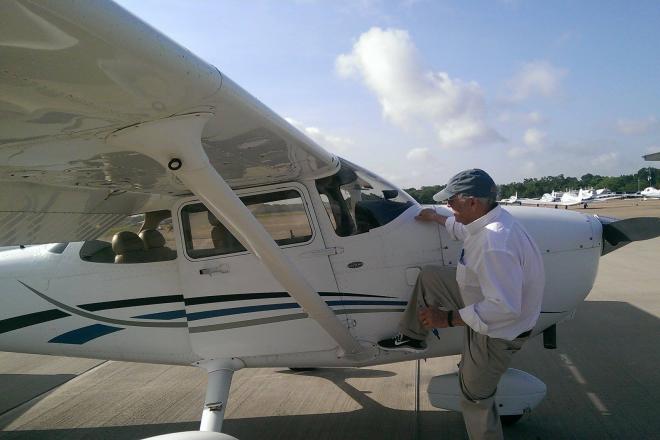 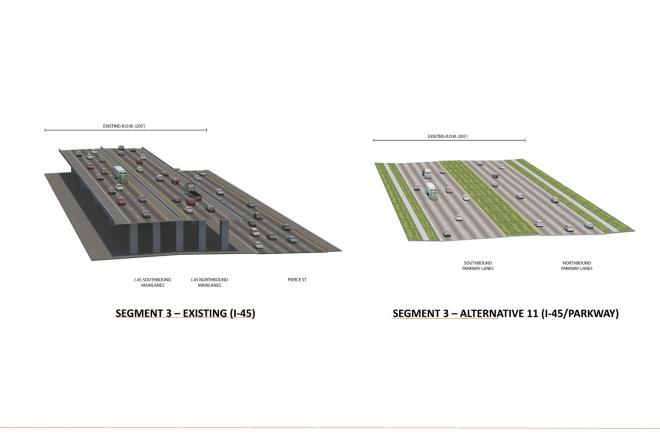