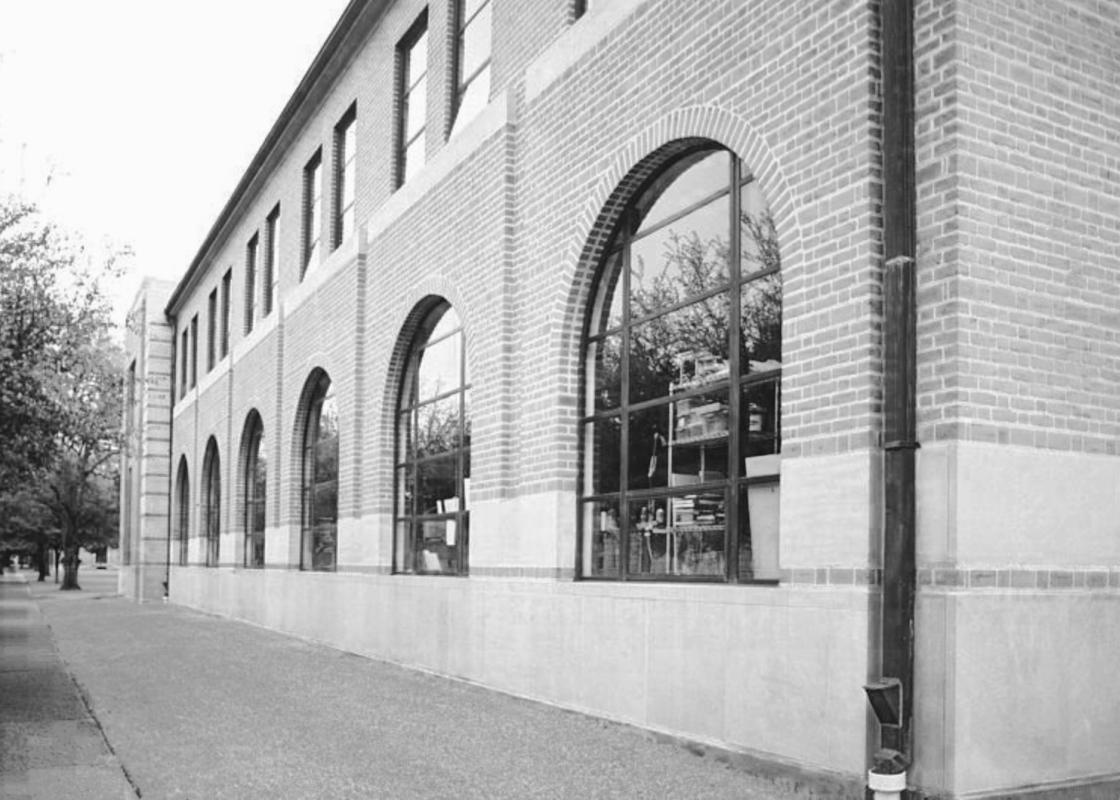 Rice Design Alliance was founded in 1972 under the leadership of David Crane, then Dean of the Rice School of Architecture, to bring together critical research and practice with civic advocacy around urban topics. The organization developed a broad membership from its earliest days, spanning the fields of architecture, design, engineering, and construction, but also including many with a general interest in design and their city, as well as students, faculty, and alumni from several schools.

The first major event held by Rice Design Alliance was a day-long Civic Forum about Houston’s bayous on November 22, 1973, featuring environmental activist Terry Hershey and Major General John W. Morris of the Army Corps of Engineers. Rice Design Alliance’s first publications - Bayous: Recycling an Urban Resource (1973) and The Bayou Strategy (1977) - drew from the organization’s forums with contributions from Crane, Charles Tapley, Jim Blackburn, and many others who have shaped policy changes, plans, and built projects in the city. Houston’s “green transformation” that has, in recent years, received international attention can be traced back, in part, to the early work of Rice Design Alliance.

From the early 1980s to the early 2000s, under the leadership of Executive Director Linda Sylvan, Rice Design Alliance developed regular programs including civic forums, lectures, architecture tours of Houston residences, and design charrettes. Rice Design Alliance’s yearly Gala became the gathering event for those in the architecture, engineering, and construction community in Houston, and Cite: The Architecture and Design Review of Houston gained recognition as one of the leading design publications discussing the architecture and urban realm of the city.

Rice Design Alliance has published over 100 print issues of Cite magazine since 1982 as well as in-depth online articles for OffCite, now Cite Digital, since 2009.

Rice Design Alliance has had its most visible impacts through design competitions. Its first national design competition was held in 1985 for a master plan of downtown’s Sesquicentennial Park, now completed. Until then, a competition for a major civic project was unprecedented in Houston. The Heart of the Park competition, held in 1992, spurred the Hermann Park Conservancy to engage Laurie Olin of Hanna/Olin Partnership to develop a master plan for the 445-acre urban park that has been implemented with great success.

In 2008, the 99K House Competition drew 182 entries from around the world for the design of an economical and energy-efficient 1,400-square-foot, single-family house in Houston’s historic Fifth Ward. The winning design was built and then sold to a qualifying low-income family. The annual design charrette organized by Rice Design Alliance’s Young Professional Group has led to the implementation of several completed projects including the Living Bridge at Memorial Park and the Workshop Houston campus master plan.

In 2017, Maria Nicanor joined Rice Architecture to become the Executive Director of Rice Design Alliance, marking a new period in which the organization will continue to build on its rich history, while engaging with the global discourse taking place in the architecture and design fields.